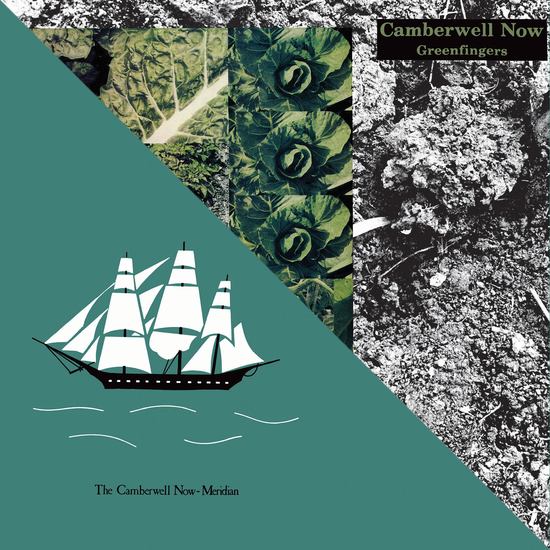 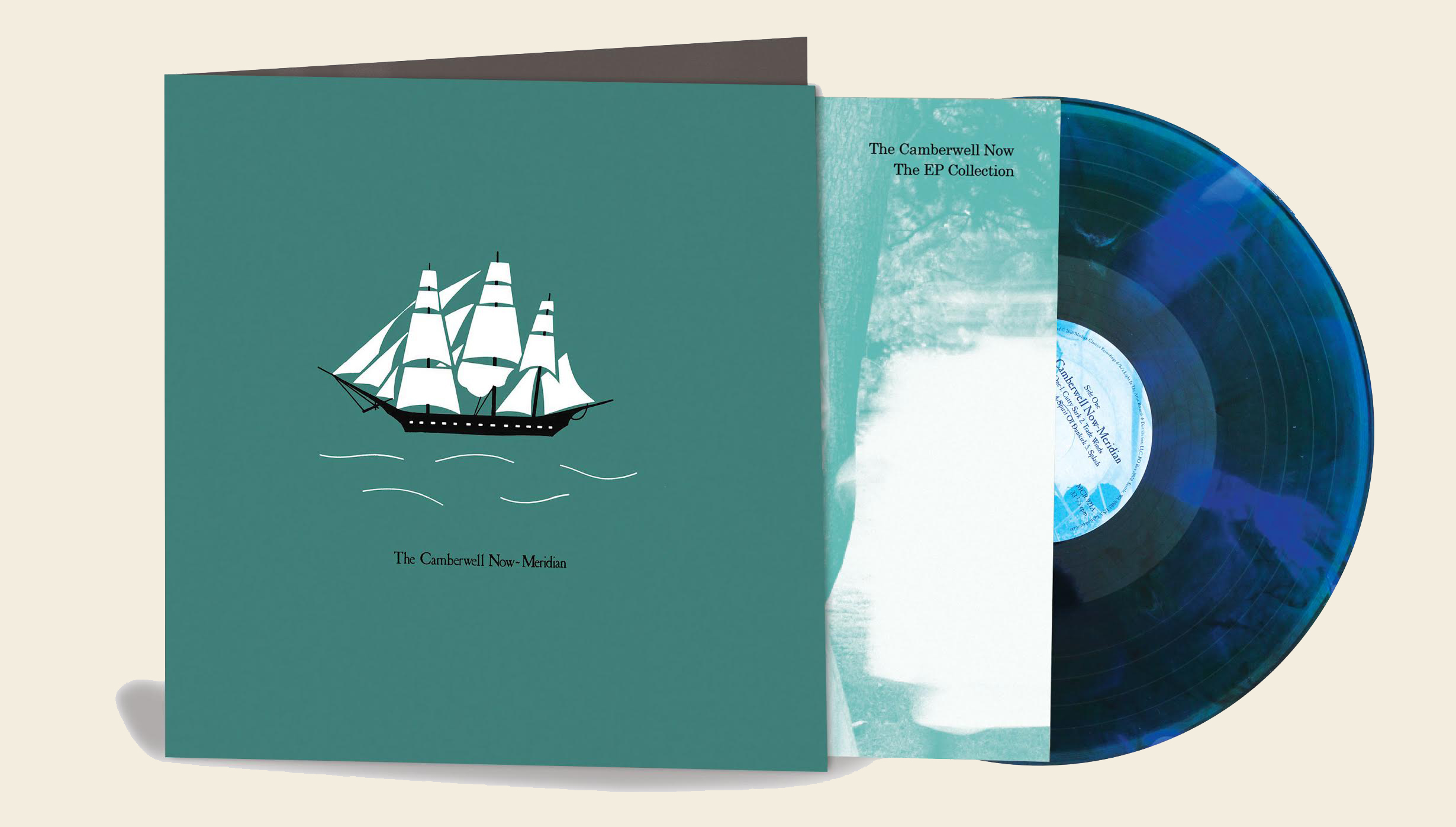 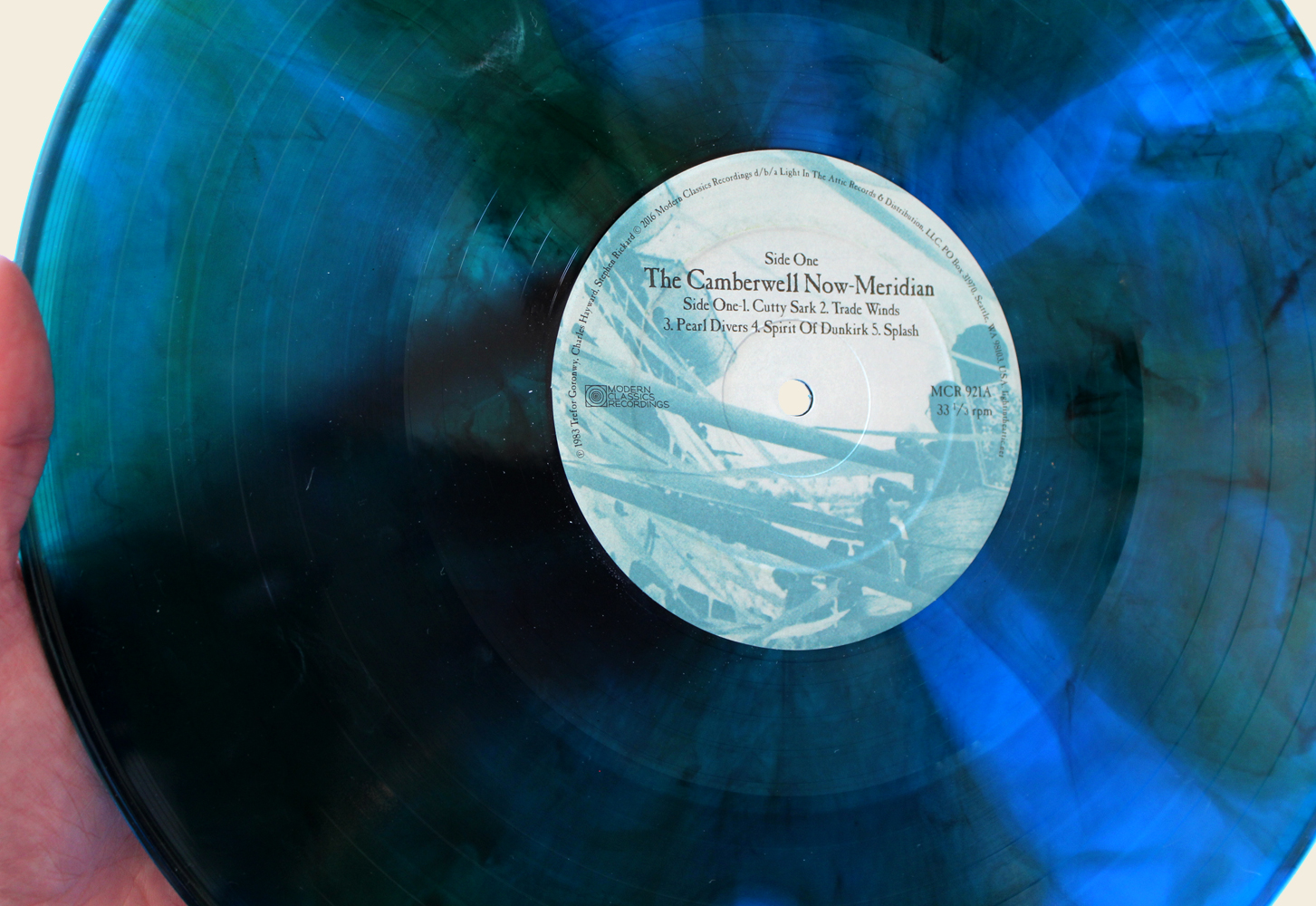 Camberwell, in South London, pops up infrequently in pop culture. Perhaps you know it from the Camberwell Carrot, the heroically sized joint smoked in cult movie Withnail & I, or perhaps – if you’re attuned to experimental music – you know of Camberwell Now. The group formed from the ashes of This Heat, the art-noise group whose catalog was reissued on Modern Classics Recordings in early 2016.

Not so much a supersession as a continuation of that group, Camberwell Now featured This Heat’s vocalist / drummer Charles Hayward, who assembled an unusual line-up comprising Stephen Rickard, a former BBC sound engineer, on field recordings and tape manipulation and Trefor Goronwy on bass, vocals and ukulele. “We had a very specific set of skills,” says Hayward, in new liner notes compiled for this long overdue reissue, “and it wasn’t immediately clear to us how best to bring them together so that we could play live.”

Taking inspiration from seafaring and imperialism, and the fact that the music was created within close proximity to the meridian line in Greenwich, the Meridian EP was originally intended to be a project for This Heat. The group’s departing member Charles Bullen plays on the opening track, “Cutty Sark”, named for the famed British clipper ship.

The second EP, 1987’s Greenfingers, was their final recorded work and, according to Hayward, “it’s possible to hear the group atomising and preparing to go its separate ways” within its grooves. The only This Heat or Camberwell Now recording not to have been produced at Brixton’s Cold Storage studios, it was recorded as a DIY exercise and – unusually for either of the groups – was not pored over laboriously for a great deal of time. The EP also saw the addition of a new member, Maria Lamburn, primarily on sax, whose “Element Unknown” was inspired by her experiences in the nuclear protest camp at Greenham Common.

Comprising tracks that overlapped between This Heat and Camberwell Now, the EPs concerned themselves with information technology, surveillance, propaganda and what Hayward describes as “day-to-day, hand-to-mouth survival” – all pertinent concerns in a fractured Britain under the rule of right-wing ‘Iron Lady’ Margaret Thatcher, and perhaps still as pertinent today in fractured, recession-hit, isolationist Britain.

The group dispersed after a final European tour, amicably, quietly, and differently, the latter their MO throughout a unique career. Goronwy, Hayward and Rickard all share their experiences and thoughts on The Camberwell Now in liner notes accompanying this landmark release: young and old, birth and death captured on two sides of vinyl.