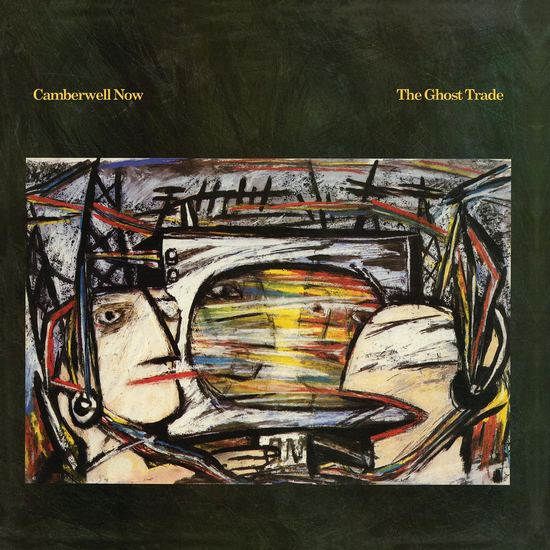 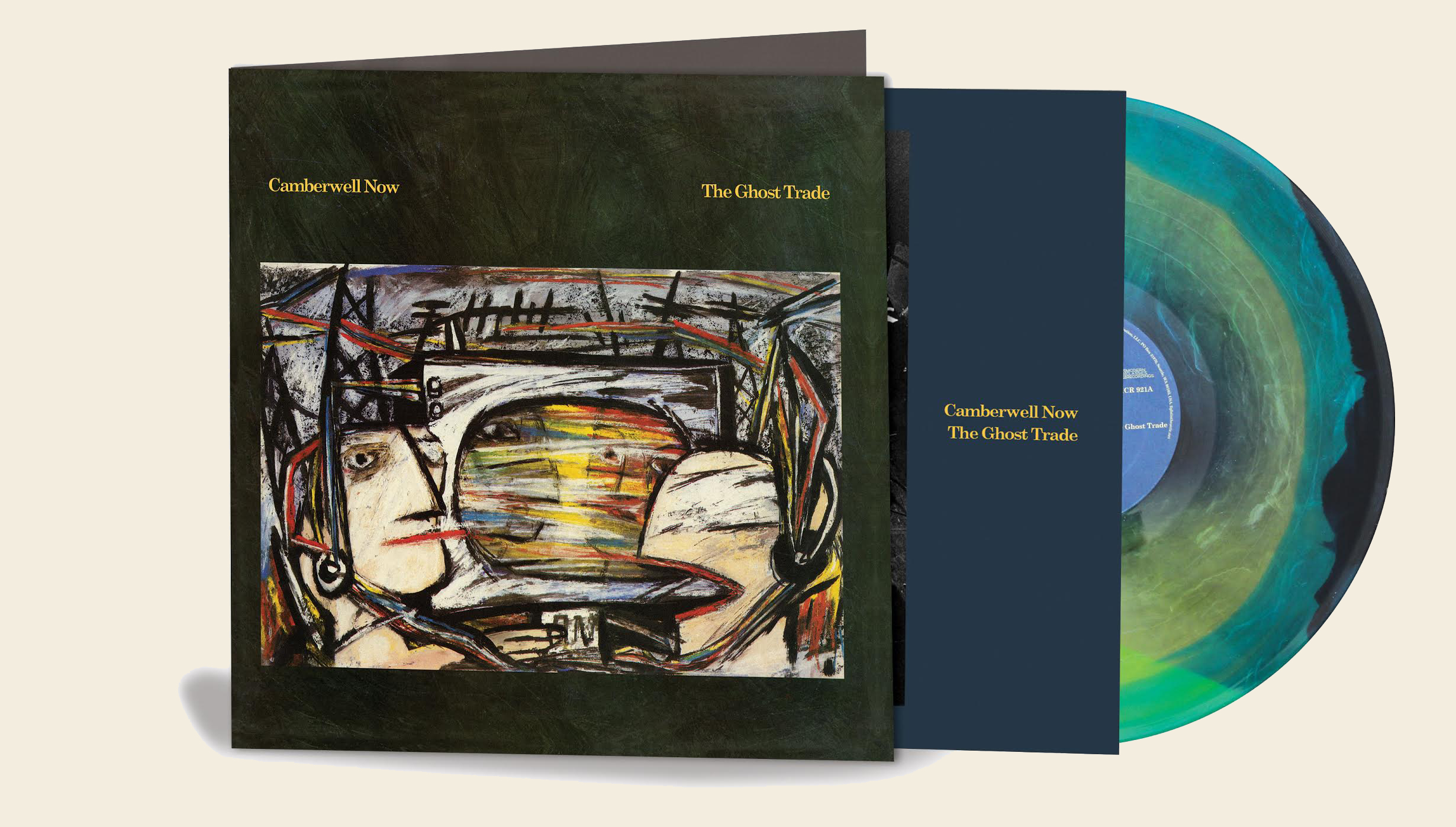 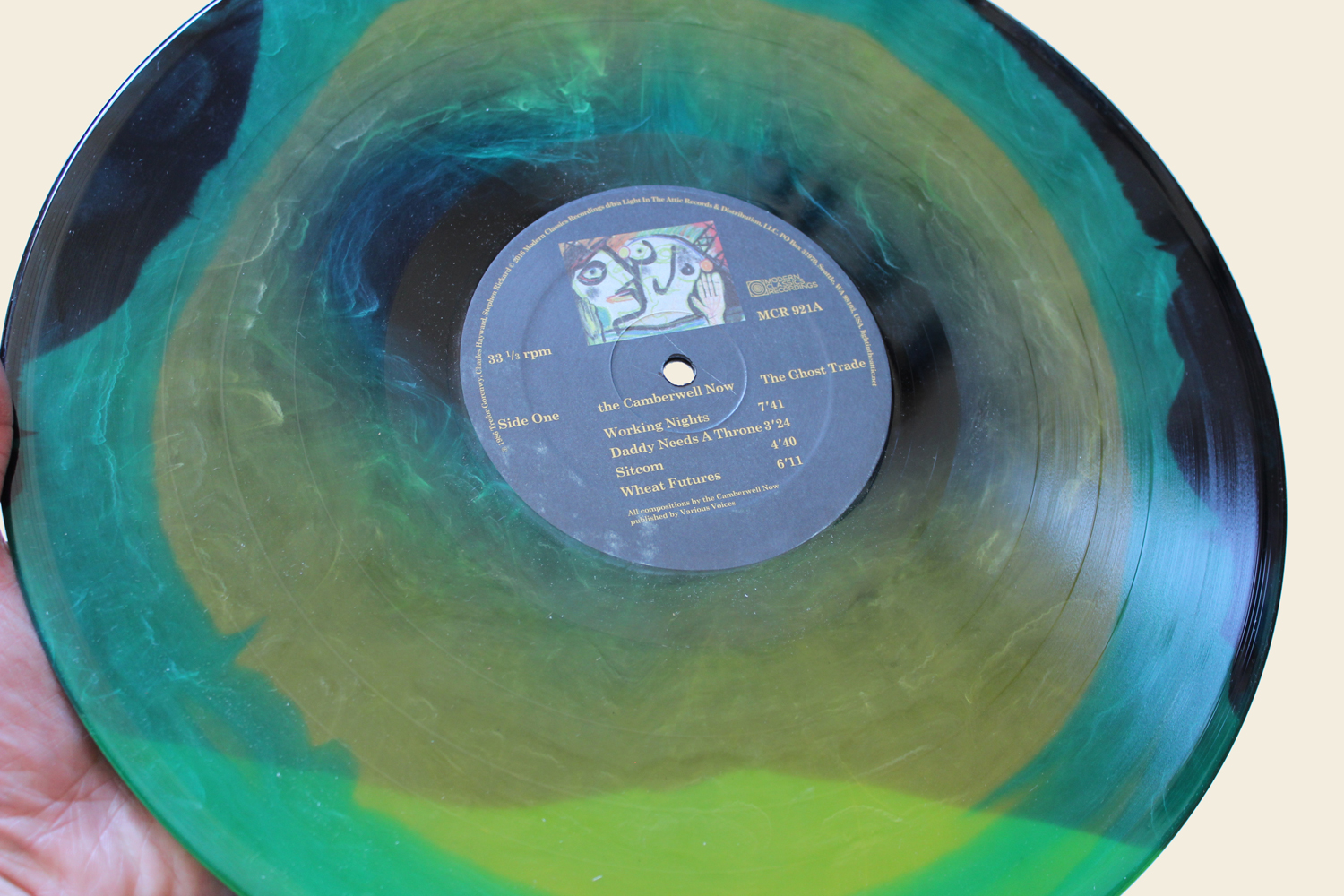 Camberwell, in South London, pops up infrequently in pop culture. Perhaps you know it from the Camberwell Carrot, the heroically sized joint smoked in cult movie Withnail & I, or perhaps – if you’re attuned to experimental music – you know of Camberwell Now. The group formed from the ashes of This Heat, the art-noise group whose catalog was reissued on Modern Classics Recordings in early 2016.

Not so much a supersession as a continuation of that group, Camberwell Now featured This Heat’s vocalist / drummer Charles Hayward, who assembled an unusual line-up comprising Stephen Rickard, a former BBC sound engineer, on field recordings and tape manipulation and Trefor Goronwy on bass, vocals and ukulele. “We had a very specific set of skills,” says Hayward, in new liner notes compiled for this long overdue reissue, “and it wasn’t immediately clear to us how best to bring them together so that we could play live.”

Arriving in 1986, The Ghost Trade, the group’s sole full-length LP, was what existed at the confluence of live performance and studio experimentation. Similar to This Heat’s process, the group spent two years in Cold Storage experimenting with the studio and assembling finished songs from vast quantities of tapes. Their two EPs, re-issued as The EP Collection, were borne of a similar process but each with unique yields.

The tracks that eventually formed The Ghost Trade were songs forged in the bleak beauty of Thatcher’s London. “To me, the sounds invoked humanity trapped behind and inside a world constructed of glass, steel, and concrete, frozen inside the textures like prisoners of the twilight zone, humanity haunting a landscape it had made for itself,” says Hayward.