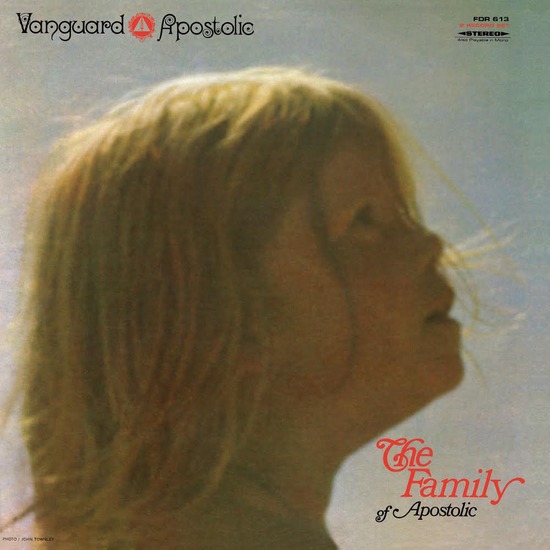 Apostolic was many things: a label, a collective, a state of mind even. But before all of that, it was a recording studio set up by New Yorker John Townley.

As a member of the Magicians, (you recognize that name from the Nuggets albums), Townley worked in some of the finest studios in the USA, but he felt he was on a conveyor belt. “You had to do the creation ahead of time, which is not my idea of a good time,” he says now. "You had all this stuff to play with, and you weren’t allowed to play with it.” When Townley came into an $85,000 inheritance he immediately invested in a loft building on 10th Street, New York, against the advice of, well, “everybody”. But there were fellow believers. Friends Matt Hoffman and Michael and Danny Weiss, heirs to the Weiss jewelry fortune, helped assemble the studio, which was built to bleeding-edge specifications and even had a 12-track recorder.

Soon, it was attracting likeminded souls such as Frank Zappa, whose Mothers Of Invention recorded several landmark LPs at Apostolic. But the greatest example of the output of this artistic community is the sprawling double LP The Family of Apostolic. A utopian album inspired by global cultures ranging from Pakistani folk songs to Scottish traditional music and Chinese opera, it was made by a cast of 19, bonded by a desire to create “primitive performance art” from surrealist happenings. "The idea of Apostolic was that the whole operation was a family,” says Townley. “Anybody could do anything if they participated.”

Despite the possibilities opened up by the studio and the chance to treat the desk as an instrument, The Family Of Apostolic is nonetheless a folk record at heart, and sounds downright spare in places. The experimentation was there in subtle ways, per Townley’s desire for each song to be “like just a natural happening. We were trying to get a very close, upfront, live feeling.” Released under a deal with Vanguard, the rambling album proved too difficult to market. Singles were released under different artist names, serving only to confuse the public more. Soon the studio was heading down the tubes, thanks in part to Jimi Hendrix’s multi-track studio Electric Lady opening two blocks away. And before long, the Apostolic dream was over.

The album remains a curate’s egg, but one filled with delights. Opening track Redeemer asks, "O say, are you a true believer?” By the time you’ve listened to our deluxe reissue, you will be.