The Other Side Of The River 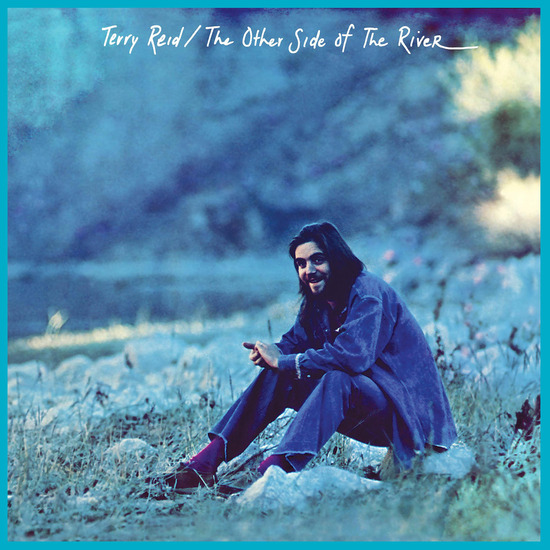 The Other Side Of The River

“There are only three things happening in England: The Rolling Stones, The Beatles and Terry Reid.”

British musician Terry Reid is a relatively unsung legend. With his incredible voice (that earned him the nickname “Superlungs”), spot-on songwriting, and underrated guitar skills, Reid invented new sounds and others followed suit. His 1973 LP, River, is an under-the-radar but deeply loved album. Our special new release, The Other Side Of The River, features all previously unreleased material from the River sessions, including six never-before-heard Reid compositions and five very different alternate takes of tracks from River.

Over the decades, as River went in and out of print, there were rumors of a mythological double album’s worth of unreleased material. The rumors turned out to be true, as the entire album was recorded twice: once with British producer Eddy Offord and again with the legendary Tom Dowd. The sessions captured Reid’s free-associative mix of folk, blues, rock, jazz, bossa-nova, soul, and samba, recalling at times Tim Buckley and Van Morrison, while featuring some remarkable guests including Gilberto Gil on percussion, Ike & Tina Turner’s Ikettes on vocals, and David Lindley, of psych band Kaleidoscope, on violin.

The Other Side Of The River includes songs that even Terry had forgotten – rockers in the style of the River track “Dean,” Latin grooves with percussionist Willie Bobo, and beautifully sparse vocal material not unlike David Crosby’s If Only I Could Remember My Name and John Martyn’s Solid Air.

Reid’s vocal prowess earned him offers to front both Led Zeppelin and Deep Purple, but he turned down both opportunities to carve out a distinctive solo career. Instead, he rocked on the sidelines, ultimately touring with Cream and Fleetwood Mac, writing songs for CSNY, and opening for The Rolling Stones on their 1969 tour. More recently, Terry’s songs have been covered by a number of younger artists including the Raconteurs, and his voice can be heard on DJ Shadow’s track “Listen”. This spring he will be touring the East Coast and U.K. Though his “superlungs” would have no doubt served Zepp well, perhaps his solo status allowed him to be more experimental and nuanced than he would’ve been able to be as a mainstream frontman, and for that we are grateful. The Other Side Of The River stands alone as a fresh and utterly groundbreaking Terry Reid gem.