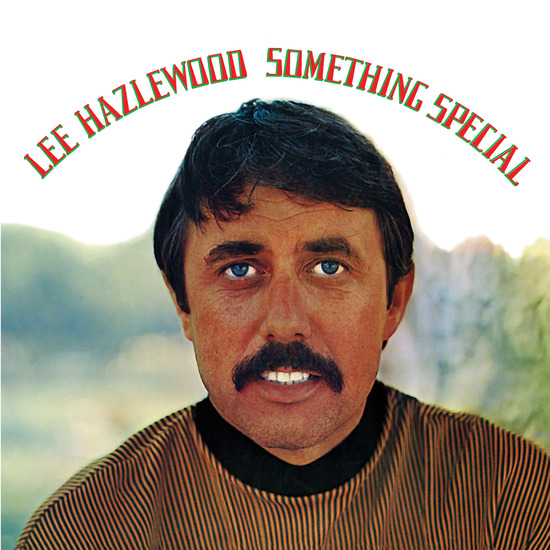 The three years spent on MGM Records between 1966 and 1968 were golden ones for Lee Hazlewood. He spent them working with his muse, Suzi Jane Hokom, writing a still-unreleased book, The Quiet Revenge of Elmo Furback, competing with Phil Spector from their respective studios, and coming up with the formula for the "boy/girl” songs for which he’d become famous. In fact, the unflattering portrait on the cover of Something Special did little to hint at how hip this late-flowering talent (he was in his late 30s when “These Boots Are Made For Walkin’” made him a star songwriter) had become.

The common strand on the MGM trilogy is one of the unexpected happening. They were an ill fit for a major label–experimental, difficult to pigeonhole, and unpredictable. Those descriptors apply nowhere more aptly than Something Special. Where 1966’s The Very Special World Of Lee Hazlewood and 1967’s Lee Hazlewoodism: Its Cause And Cure had employed an arranger, Billy Strange, and a full orchestra, Something Special stripped things back and brought in a flavor of jazz and blues, complete with gravelly-voiced scatting courtesy of collaborator Don Randi. This sat alongside tracks like “Little War” and “Hands,” the kind of late night, acoustic balladeering Hazlewood would later seize for his career-highlight LP, Requiem For An Almost Lady. The sound was that of a stripped-down nightclub jazz/blues/folk combo, fully rejecting the psychedelic music going on all over the world.

The album made clear that forging a career as a serious star was not at the top of Hazlewood’s agenda, and at the third opportunity, he’d let the listener in on the joke. Tellingly, Hokom recalls Hazlewood saying the MGM albums were his “expensive demos. I’m sure that MGM thought that they would be successful.” Little chance of that with Something Special –it was originally released only in Germany. The same year, Hazlewood founded the LHI imprint, and began building his own empire, one we’ve been lovingly archiving for the past few years. We now present this missing link in the story, three albums that generated some of Hazlewood’s best–and most varied–work.