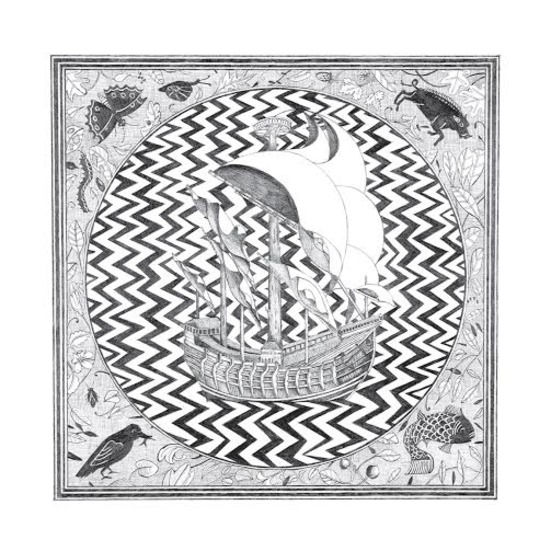 “Her music did kick off for me a whole sort of… renewed passion or interest or love of my own country’s music. Thank you Shirley!” – Graham Coxon

“Shirley has kept us in the loops of unexpired lyric power, sibling collaboration, and musical continuance and heritage. And what a smile.” – Will Oldham

“Even though I am a folk fan, I like lots of different music and Shirley’s in the top ten of all artists for me, irrespective of what they’re supposed to be classified as.”- Stewart Lee

“Shirley is deserving of every accolade that’s thrown at her… she’s the best.” – Linda Thompson

“There are these unique voices, these unique songs that would not have survived if it were not for Shirley… she has kept that entire tradition alive.” – Alan Moore

Earth Recordings are extremely proud to announce the release of ‘Shirley Inspired’. July 2015 will see Shirley Collins celebrate her 80th year – an age that would seem frankly ridiculous for a woman as spritely as her, had it not been for all she’s achieved. From her seminal field-recording trip to America to her lauded musical career; from her role as historian and protector of the folk tradition, to the very fact that this record can exist – more than half a century after her career began – all of these things are testament to the breadth of her influence.And so we arrive at ‘Shirley Inspired’. It would be almost lazy to the talk about the resurgence of folk music or the ‘new folk’ sound – the recordings found here are so much more than that. This is the very essence of folk – songs handed down from person to person, interpreted by modern musicians – as a way of keeping these songs alive.

Make no mistake these are modern versions; we’ve the soulful dirge of Bitchin Bonnie Billy Bajas’ ‘Pretty Saro’; the rabble-rousing minimalism of Stewart Lee (yes him) and Stuart Estell’s ‘Polly On The Shore’; the prism-like vocals of Ela Stiles’ ‘Murder of Maria Marten’… even Graham Coxon’s traditional affair evokes something altogether more rebellious, his clawing, feral style is much in evidence here. This compilation was an inheritance of sorts: borne to us from the kickstarter appeal that funded ‘The Ballad of Shirley Collins’ – a film that is currently being made about the First Lady of Folk Music’s life. We here at Earth now have the privilege of giving these songs a tangible existence in the shape of this special recording.

The woman herself had this to say: “I’ve been overwhelmed by the generosity of the singers and musicians who responded to the invitation to be part of the Shirley Inspired collection. Their choice of songs is fascinating, the interpretations of them fresh and various, beautiful and sometimes challenging! Listening to these recreations shows me again that English folk music has timeless power and significance.”