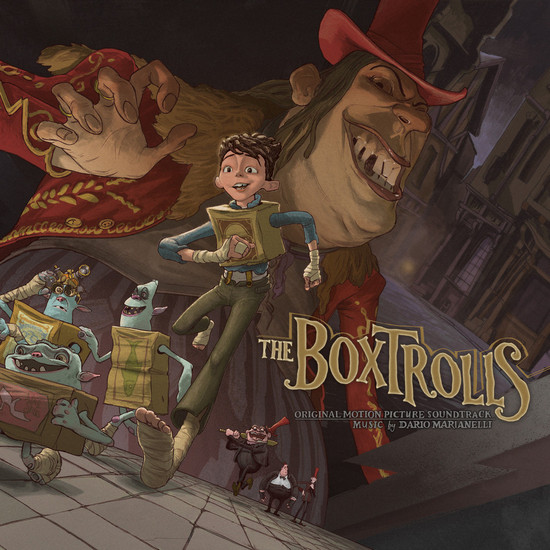 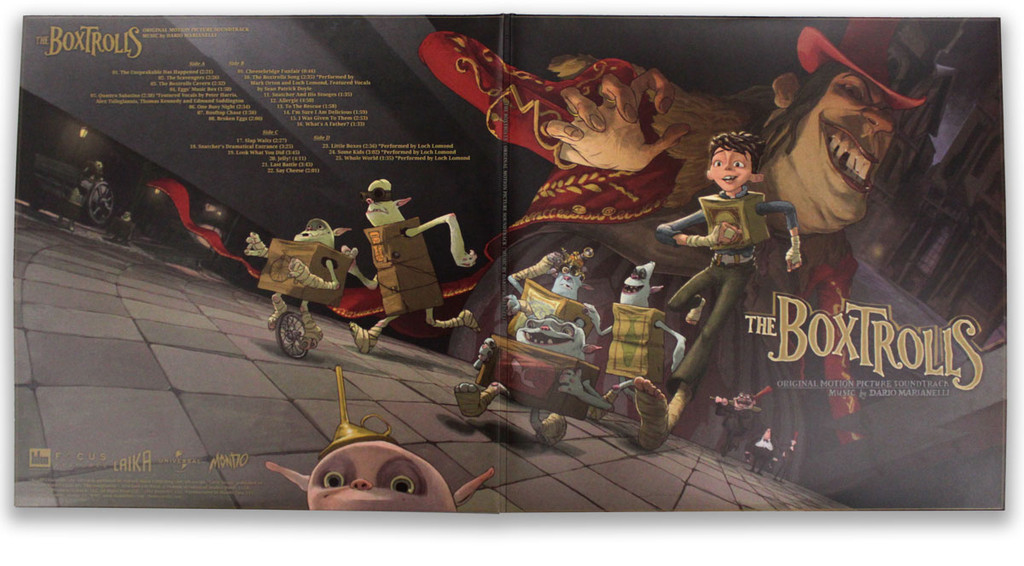 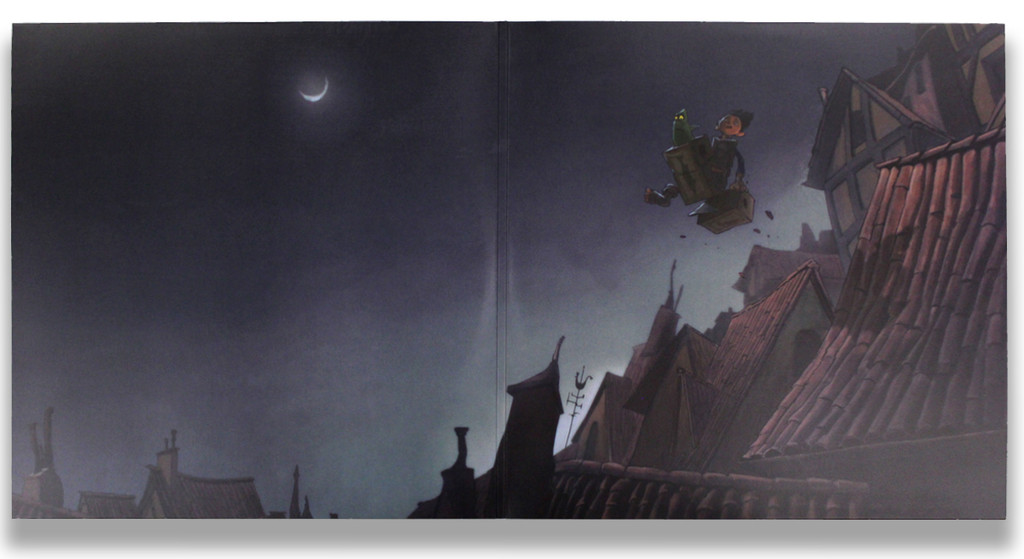 Continuing in the tradition of CORALINE & PARANORMAN, Mondo is honored to present the soundtrack to Laika’s third animated gem: THE BOXTROLLS. Composed by Dario Marianelli, and featuring songs by Loch Lomond, the soundtrack perfectly captures the whimsical & frantic energy of the fictional world of Cheesebridge, where a human boy raised by trash-collecting trolls must stop a sinister exterminator from his selfish campaign to rid the town of the titular scavengers.

Available for the first time on vinyl and featuring amazing new artwork by artist Rich Kelly, THE BOXTROLLS is an exciting addition to the Mondo / Laika collection. The record is pressed on 180 Gram Black Vinyl (Black is Limited to 500 Copies). 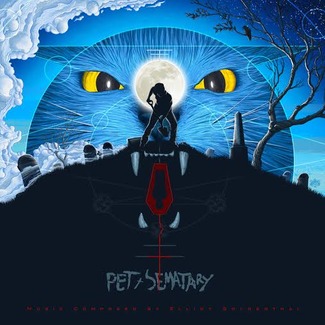 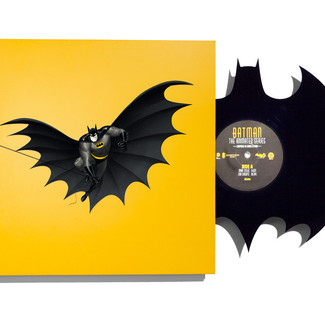