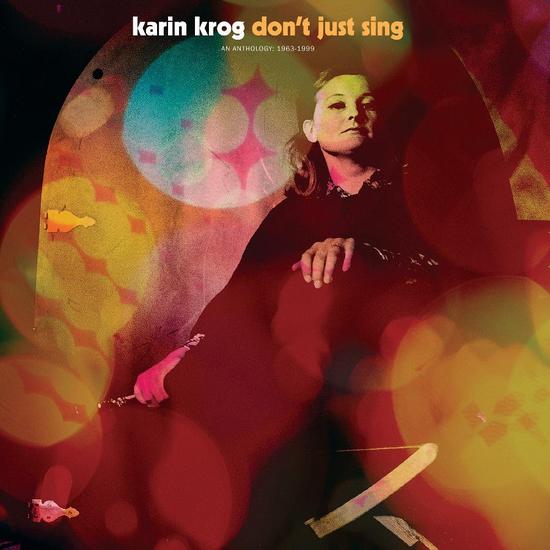 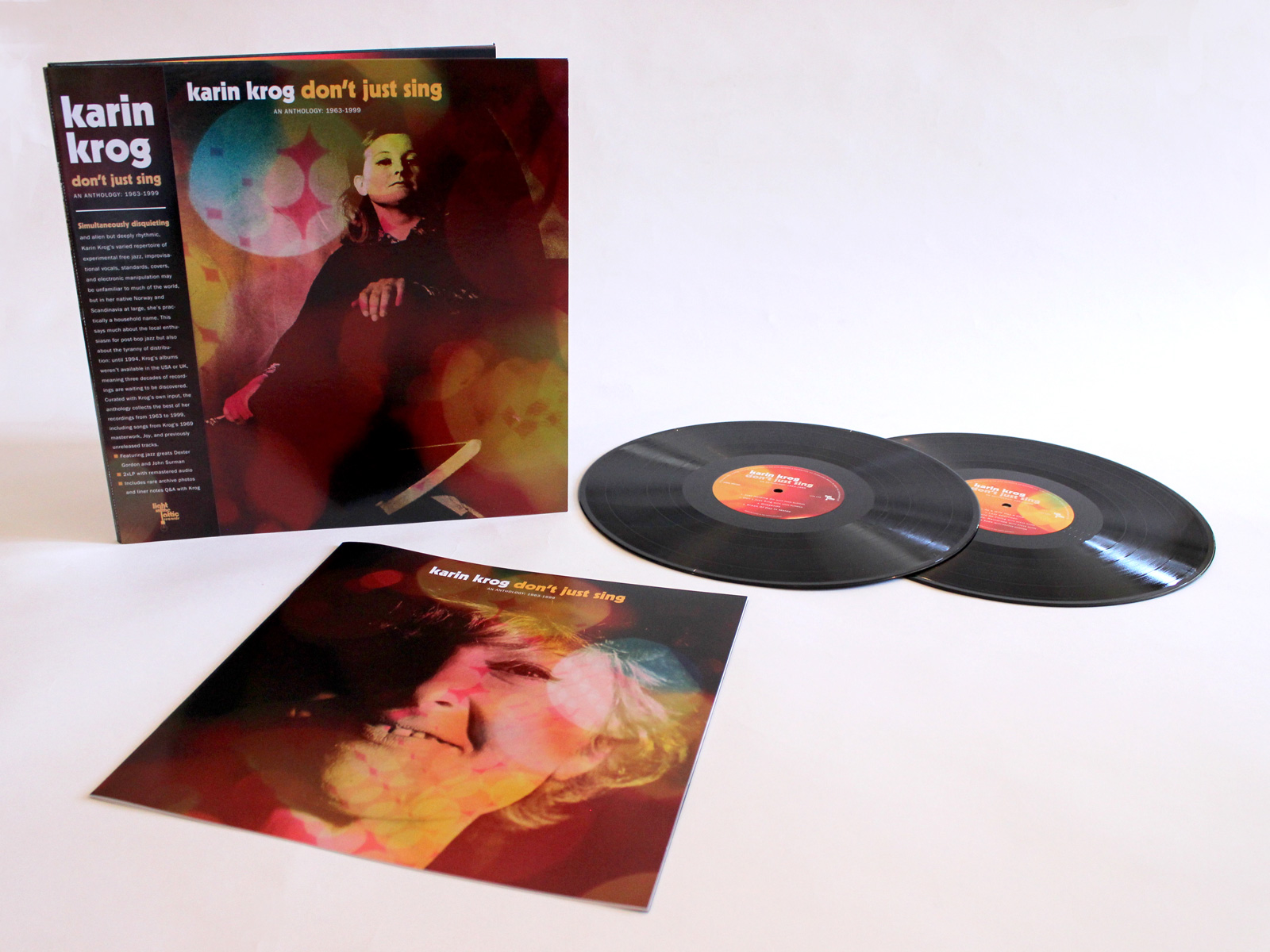 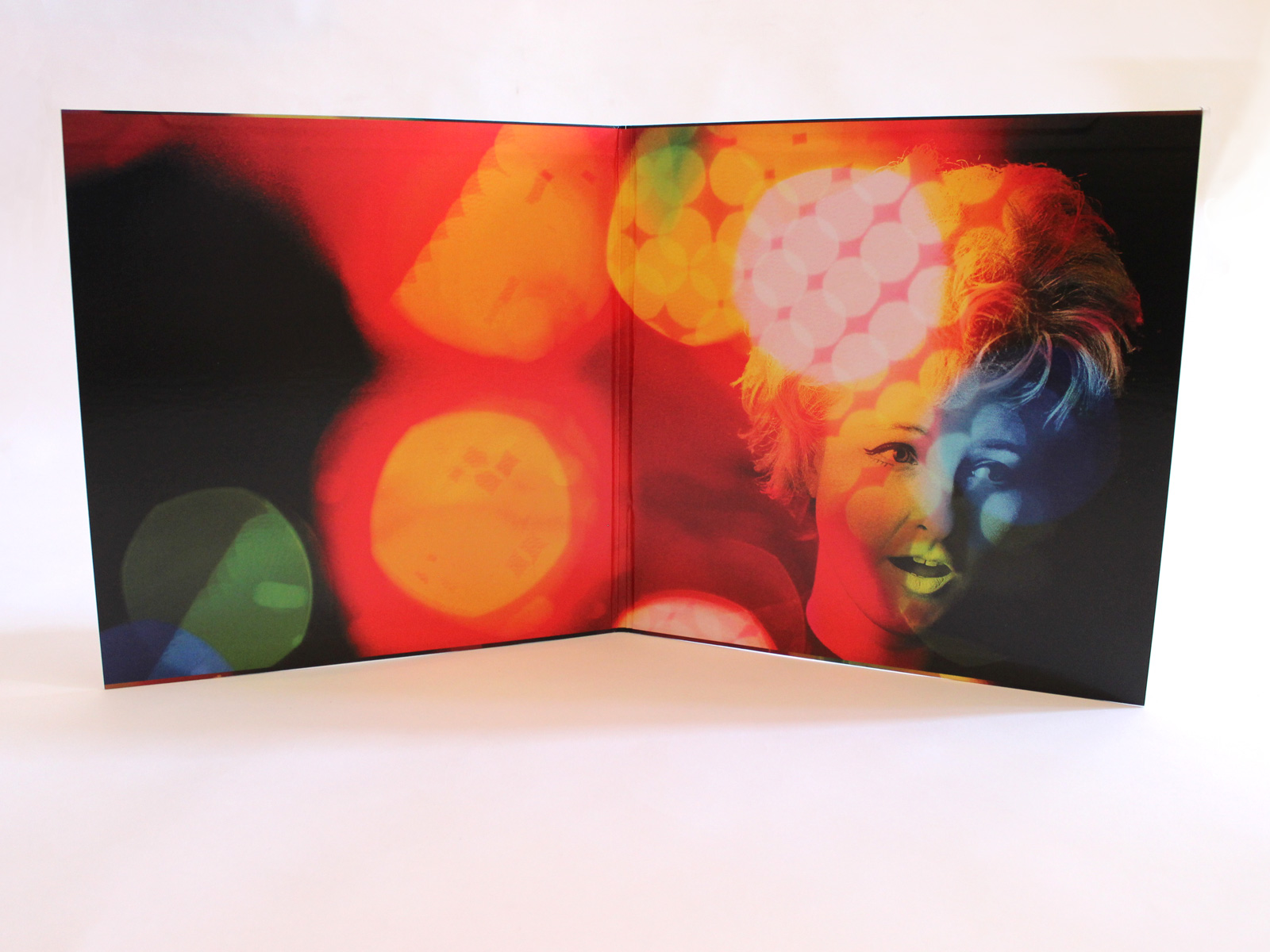 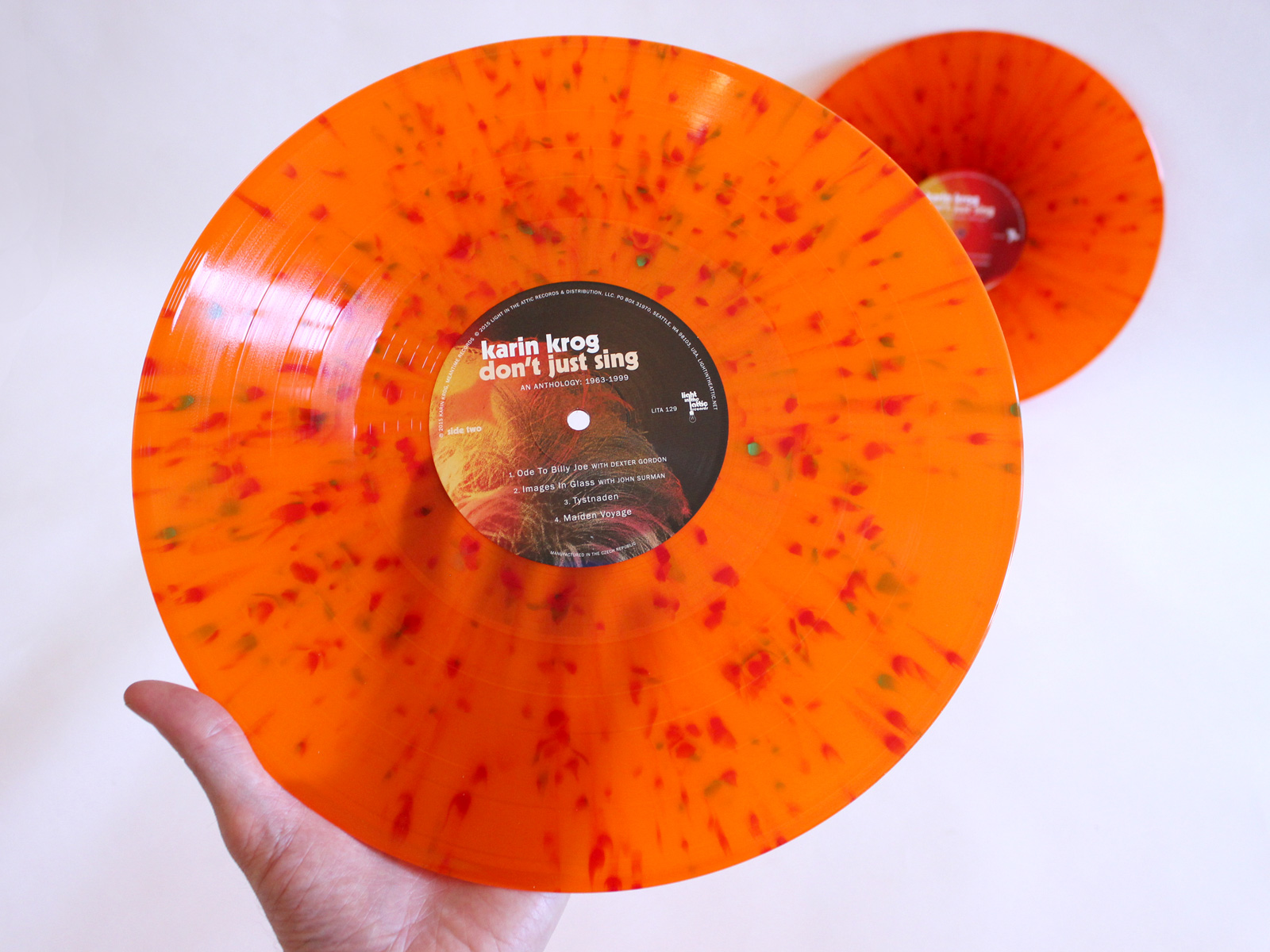 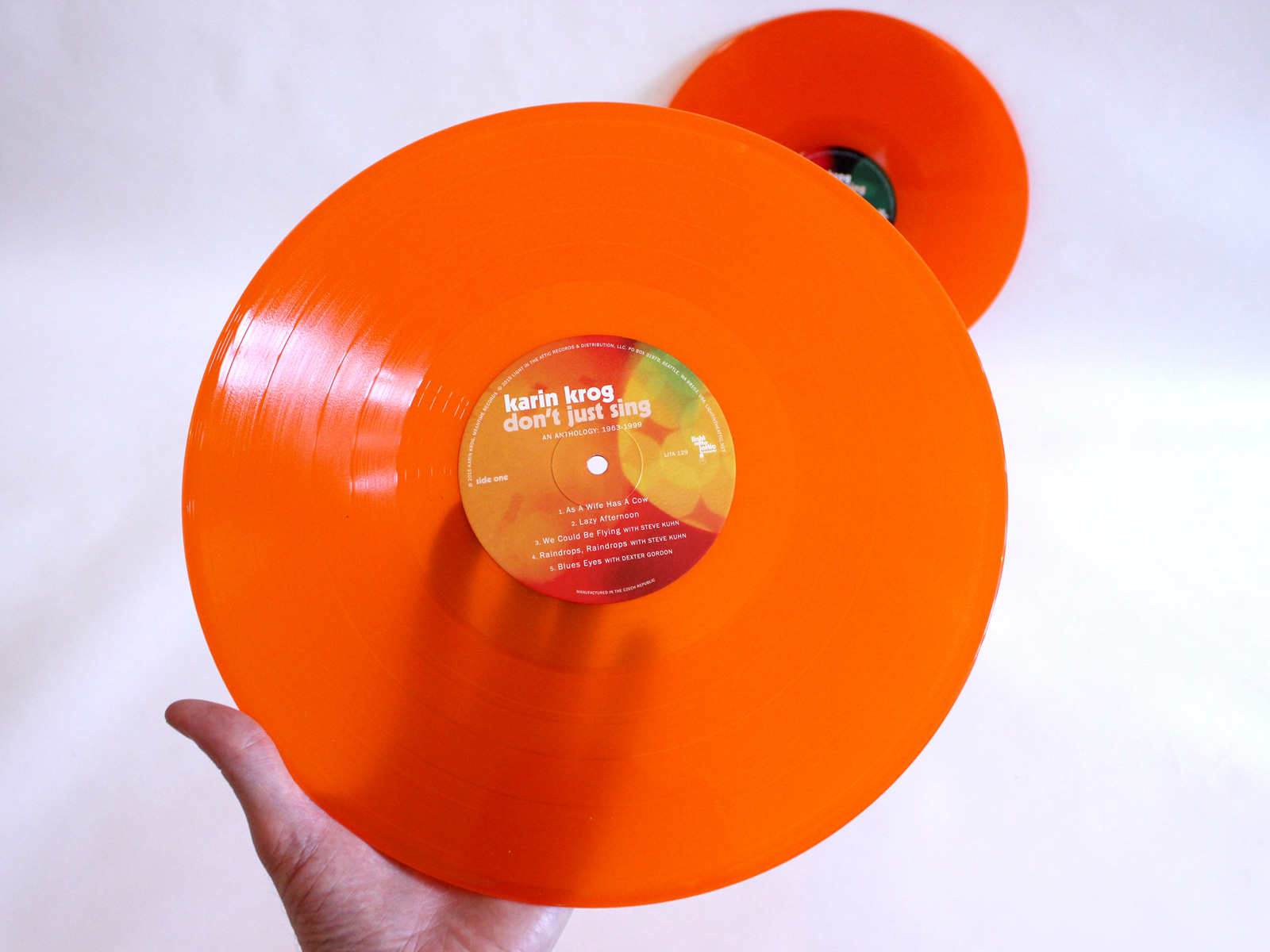 The work of Karin Krog may be unfamiliar to much of the world, but in her native Norway and Scandinavia at large, she’s practically a household name. This says much about the local enthusiasm for post-bop jazz but also about the tyranny of distribution: until 1994, Krog’s albums weren’t available in the USA or UK, meaning three decades of recordings were waiting to be discovered. In theory, until now, she hasn’t had any regularly distributed albums in the US or the UK–this is certainly the first one even marketed/promoted in here and in England. With this anthology of her best recordings from 1963 to 1999–curated with Krog’s own input–we hope to set the record straight.

To listen to opening track “As A Wife Has A Cow” is to jump into the deep end. It’s 54 seconds of words, voice, and technology, a looped, echoing reading of a Gertrude Stein poem. The effect is disquieting and alien but deeply rhythmic, too–and that’s Krog’s USP. Don’t Just Sing takes in these spoken experiments along with free jazz, improvisation, standards, contemporary covers, and electronic manipulation. It features some of the best regarded jazz players in Europe, not least her partner, John Surman, the English saxophonist/multi- instrumentalist and composer. Like Annette Peacock, Krog experiments with solo vocals run through electronics and performs with progressive electric jazz combos and traditional acoustic groups as well.

Krog began singing jazz in the 1950s and started her first band in 1962. She not only had two tracks on the first ever Norwegian jazz LP, Metropol Jazz, but also became the first Norwegian jazz artist to record and release a full album (1964’s By Myself on the Philips label). Her sound developed as technological advances made new recording techniques possible, and she quickly embraced the album as the perfect form to contain her sonic experiments. “There is such a thing as too much manipulation,” says Krog today.

Recorded with tenor saxophonist Jan Garbarek and bass player Arild Andersen, 1968’s Joy is regarded as her masterwork. Tracks from it can be found on this compilation, as can a couple of interesting covers: Joni Mitchell’s “All I Want” and Bobby Gentry’s “Ode To Billy Joe,” both of which show how Krog brought jazz aesthetics to pop songs of the day. “I remember that there was a lot of buzz around Blue, and Joni Mitchell is, as everybody knows, a very talented singer and songwriter,” says Krog in the new liner notes.

“Glass" and “Tystnaden" are the two previously unreleased finds from the archives, the former written for a British documentary in 1997, the latter a soundscape improvisation from a 1963 studio session with Lars Werner on piano, Kurt Lindgren on bass, and Janne Carlsson on drums. The compilation rounds off with the “Psalm” movement from John Coltrane’s monumental piece, A Love Supreme. Krog’s version came at suggestion of the man himself. “It was John who pointed to the text on the inner sleeve of the Impulse! LP and said, ‘Karin, look. Why don’t you sing this?’” she remembers.

Krog remains fiercely productive, recording, performing, and running Meantime records from her and John’s villa near Oslo. Now 77, she’s showing no signs of slowing down. “Everybody has to retire at some point, but I believe that once a musician, you’re always a musician,” she says. “If I can’t stand up and sing on stage anymore, I can always do it sitting down!”

Curated with Krog’s own input, this anthology showcases her best recordings from 1963 to 1999, including songs from 1968’s groundbreaking Joy, her 1970 Dexter Gordon collaboration Some Other Spring, her pop-jazz masterwork 1974’s We Could Be Flying, tracks from the Japanese only Different Days, Different Ways which focus on 1970-72 experimental vocal works, and previously unreleased tracks.