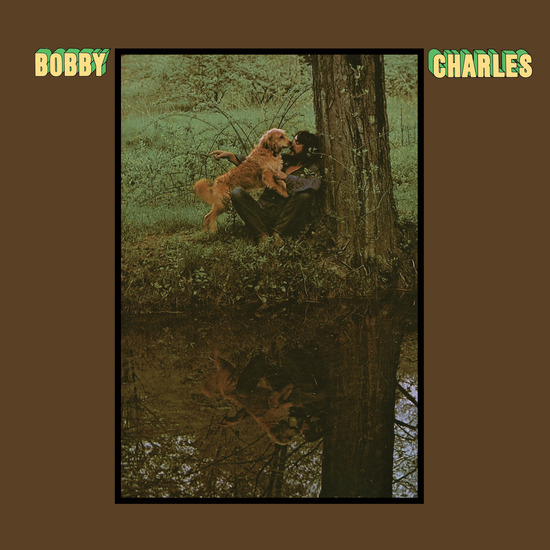 Bobby Charles pioneered the musical genre known as ‘swamp rock’ – he wrote the early rock n roll classic “See You Later, Alligator” (best known via the version by Bill Haley & the Comets). Another early gem penned by Bobby Charles was “Walking to New Orleans” as recorded by Fats Domino. He also appeared at the legendary “Last Waltz” concert in 1976 – in which he performed “Down South in New Orleans” accompanied by The Band and Dr. John.

But the main reason that musicians like Andy Cabic of Vetiver sing his praises (and cover his songs) is for Bobby’s 1972 self-titled album released on Bearsville. Despite numerous CD reissues through the years, this is the first time in decades that the seminal album has appeared in its original vinyl LP format.

But this is far from an all-star jam session – this is an ensemble record in the truest sense of the word – with each musician simply supporting the Louisiana vibe that flows thru the 10 song collection of country, blues, R&B, and folk that all have that distinctive Bobby Charles signature sound. Album also includes the slow burner “Street People” as featured on Country Funk 1969-1975, Volume 1.

Perhaps Dr. John said it best “I think all of Bobby’s songs have something to offer at all times, for all people.”

Light In The Attic now offers Bobby Charles re-mastered from the original tapes, packaged in a beautiful gatefold sleeve and waiting for heads to turn on and tune in ‘round the globe.