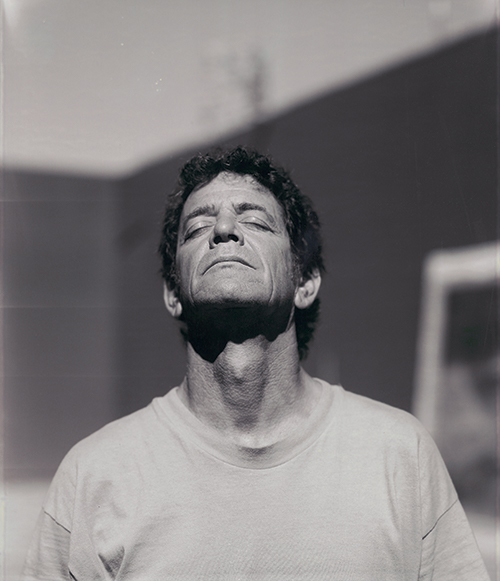 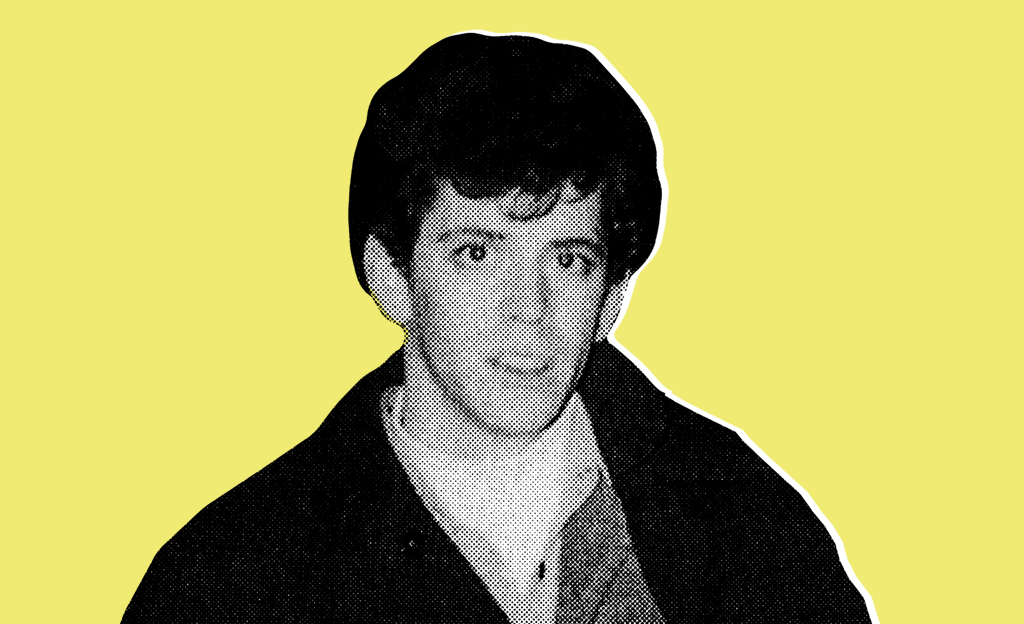 Long before he was at the forefront of New York’s underground music scene, two-time Rock and Roll Hall of Fame inductee and Velvet Underground frontman Lou Reed (1942-2013) was a young songwriter, seeking to navigate his sound and establish his career.

Long before he was at the forefront of New York’s underground music scene, two-time Rock and Roll Hall of Fame inductee and Velvet Underground frontman Lou Reed (1942-2013) was a young songwriter, seeking to navigate his sound and establish his…

Long before he was at the forefront of New York’s underground music scene, two-time Rock and Roll Hall of Fame inductee and Velvet Underground frontman Lou Reed (1942-2013) was a young songwriter, seeking to navigate his sound and establish his career.

A self-taught guitarist, the shy, Long Island-bred artist spent much of his youth seeking refuge in rock‘n’roll. As a teenager, Reed released his first single with his high school doo-wop group, The Jades. Yet, aside from that 1958 single and a narrow selection of Velvet Underground demos, there has been little opportunity to experience the full scope of Reed’s early artistic development.

In their notes for Words & Music, Fleming and Stern recall finding two particularly exciting tapes in the offices of Reed’s company, Sister Ray Enterprises. The first captured several of the artist’s formative recordings, including a 1958 rehearsal with The Jades (also known as The Shades). The tape also offers a snapshot of Reed’s foray into folk music around 1963-1964, while he was attending Syracuse University. Accompanied by his acoustic guitar and harmonica, the artist covers Bob Dylan’s ”Don’t Think Twice, It’s All Right” plus an instrumental rendition of “Baby, Let Me Follow You Down” and “Michael, Row the Boat Ashore.” Reed also delves into the blues with the brief “Lou’s 12-Bar Instrumental” and his “W & X, Y, Z Blues.”

The second tape that Fleming and Stern uncovered was even more intriguing: a 5-inch reel-to-reel that had been sitting in a sealed, self-addressed envelope for nearly five decades. By notarizing and shipping the package—postmarked May 11, 1965—Reed was securing a “poor man’s copyright” on his recordings while avoiding the costs of filing official paperwork. As evidenced on Words & Music, the artist also protected himself by introducing each song with “Words and music [or lyrics and music] by Lou Reed.” But what was most remarkable about this tape was that its contents bridged the gap between Reed’s development as a songwriter and his debut with The Velvet Underground.

When these demos were recorded, Reed was back home, living with his parents, and working as a staff songwriter at Pickwick Records. Despite the fact that the Long Island City, New York label was churning out hundreds of “sound-alike” tracks and selling them at discounted rates, the position gave Reed ample experience to write, record, and perform in a variety of styles. Looking to add an edgier element to the label’s output, staff producer Terry Philips engaged Reed to front a faux group called The Primitives for a one-off dance song called “The Ostrich.” Philips started scouting additional group members who could look the part for live appearances.

At a party in Manhattan, Philips met two avant-garde musicians who fit the roles perfectly: John Cale and Tony Conrad. Their friend, sculptor and drummer Walter De Maria, completed the group. Although “The Ostrich” never took off as a dance craze and the single failed to chart, Reed and Cale discovered a musical kinship—particularly when it came to sonic experimentation. Through the summer and fall of 1965, the two artists, along with guitarist Sterling Morrison and drummer Angus MacLise established themselves as The Velvet Underground. Tony Conrad was responsible for the band’s name, having shared a copy of Michael Leigh’s book The Velvet Underground with the group. In December of 1965 Maureen “Moe” Tucker replaced MacLise on drums and the art-rockers caught the attention of Andy Warhol, who, along with filmmaker Paul Morrissey, promptly took on a managerial role and introduced the quartet to the German-born singer, Nico.

Among the gems on Words & Music are the earliest known recordings of “Heroin” and “I’m Waiting for the Man”—two essential tracks from the band’s highly influential 1967 debut, The Velvet Underground & Nico. As Fleming and Stern note, “In Cale’s autobiography [2000’s What’s Welsh for Zen] he describes an early memory of Reed showing him songs that later became Velvet Underground songs ‘as if they were folk songs.’ And that is precisely the sound of the songs on this tape, Reed on acoustic guitar and harmonica, with Cale singing the harmony parts in a style closer to The Weavers or Peter, Paul & Mary, than the gritty sound that they pioneered a few months later.” Additionally, the tape reveals a rough sketch of “Pale Blue Eyes”—the latter of which wouldn’t come to light until the group’s third studio album, 1969’s The Velvet Underground.

Fleming and Stern also point out a variety of interesting lyrical evolutions—particularly on “Heroin,” which Reed wrote in 1964. While Velvet Underground fans are familiar with a version that opens with “I don’t know just where I’m going,” this May 1965 recording begins with the confident “I know just where I’m going.” The demo also includes three lines that were later axed in the studio: “People selling people pound by pound/And the politicians and the clowns/And the do-gooders with their frowns.” Several other lyrical discrepancies offer insight into Reed and Cale’s writing process, including the swapping of “All the animals making sounds” for “All the politicians making crazy sounds.”

The “Pale Blue Eyes” demo, meanwhile, underwent a complete rewrite before it was released—with only the first verse remaining intact. Conversely, “I’m Waiting for the Man’’ was nearly complete, with minor changes made in the final arrangement. An alternate take of the song, performed in a different key, also appears on Words & Music.

Other notable selections from these tapes include “Buttercup Song”—a long, sought-after demo that Sterling Morrison once referenced, which has since gained mythic status among Velvet Underground fans. Another highlight is “Men of Good Fortune.” While the song shares its title with a track on Reed’s third solo album, 1973’s Berlin, it features completely different lyrics and music, taking inspiration from traditional Scottish and English “Child Ballads” that were popular with ‘60s folk artists.

“Too Late,” another previously-unheard composition, harkens back to Reed’s doo-wop roots, while “Buzz Buzz Buzz” borrows from ‘50s R&B stylings. Also included is a Cale-fronted edition of “Wrap Your Troubles in Dreams,” which Nico recorded for her 1967 debut, Chelsea Girl. Compared to the majority of the demos, Fleming and Stern remark that the song “doesn’t sound like a reflection of any genre, it sounds like The Velvet Underground. The convergence of Reed’s song with Cale’s avant-garde sensibilities gives the clearest example of their unique sound to come.”

In his liner notes, Greil Marcus recognizes “The poverty in these songs—the bathtub-in-the-kitchen you hear in their clumsiness, the fifth-floor-walkup you can hear in their defiance—lets you hear them, now, as chalk on a wall, not the markings that wash away in the next rain but inscriptions that somehow become part of the brick, even if in a year or two no one will be able to read them.”

He adds, “Each of these songs is its own bildungsroman. They make a darkness, and Reed and Cale try to feel their way through it. In ‘Heroin,’ there’s just a hint of the hurricane it will become and the enormous authority it will carry two years later…. ‘Pale Blue Eyes’ says go farther, there’s no end to this, and you know that they will go farther—they’re almost there.”

And go farther they would. After four landmark titles with The Velvet Underground, Reed launched a long and celebrated solo career—releasing more than 20 albums, including the 1972 glam-rock classic Transformer, 1982’s The Blue Mask, and 1989’s New York. In the ‘90s, he reunited with Cale for Songs for Drella, a tribute album to Warhol, while that same year, The Velvet Underground regrouped for a series of tours. Reed continued to write, perform, and innovate until his death in 2013. 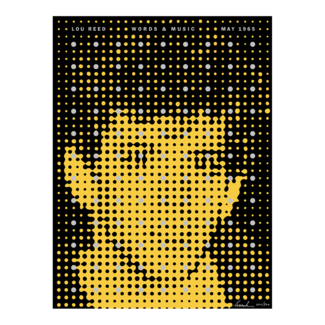 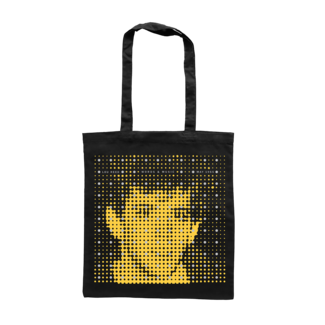 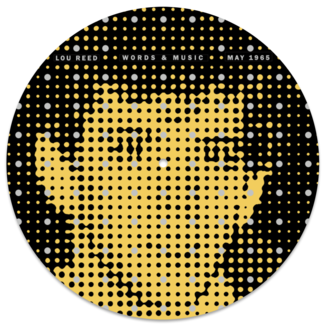 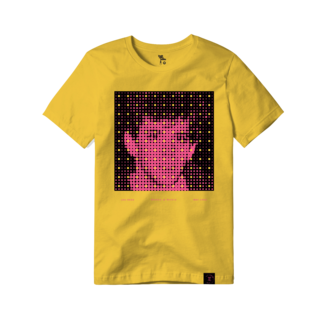 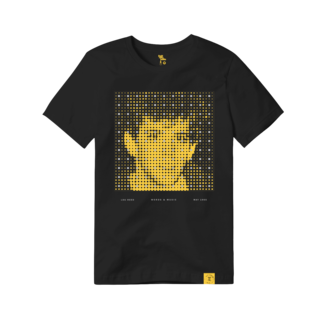 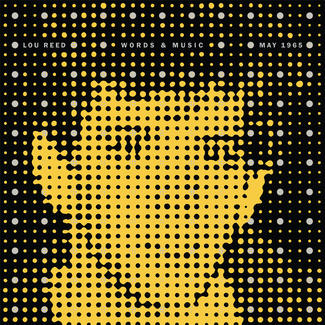 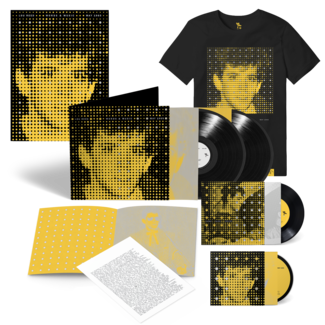 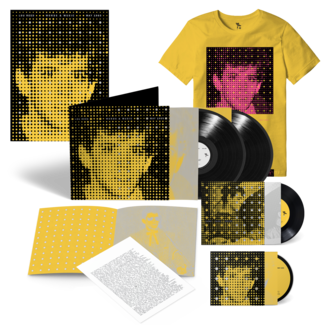 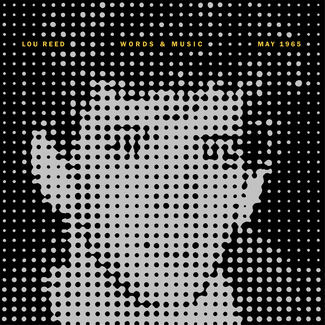