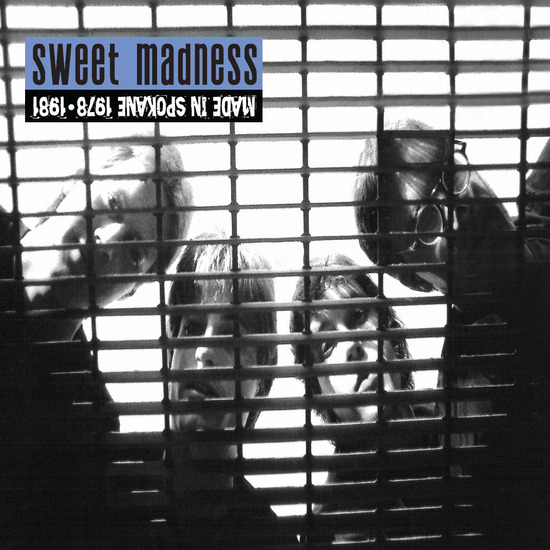 Deluxe vinyl release of Sweet Madness, the Spokane, WA band that kicked off themutant-garage-punk-art-rock scene of the Eastern portion of the Pacific Northwest.MADE IN SPOKANE: 1978-1981 features 16 great-sounding remastered songs,including “We Will Obey,” “In On The Outs,” “Tired Blood,” “Mechanical Things,” “I Need Electricity,” and “Concrete River.”

-Sweet Madness MADE IN SPOKANE: 1978-1981 is a single band anthology coming on the heels of the successful and provocative early alternative Pac NW rock documentarySpokanarchy: Where Were You In ’82? and its accompanying compilation soundtrack.

- Sweet Madness was the first and in many ways the most important band from that scene.

- They were specifically noted in positive reviews of the film appearing in Razorcake(“crucial”), Roctober, Ugly Things, and other magazines and media markets.

-These songs were lovingly gathered and remastered for collectors of rare garage, punk, new wave, and post-punk sides everywhere. Several had been released originally on cassette but are now sonically improved and available on vinyl for the first time.

- The historical significance and interest in creative bands out of the Pacific NW makes Sweet Madness’ extraordinary creative output of songs irresistible to fans of the area’s more under-known but still excellent music.