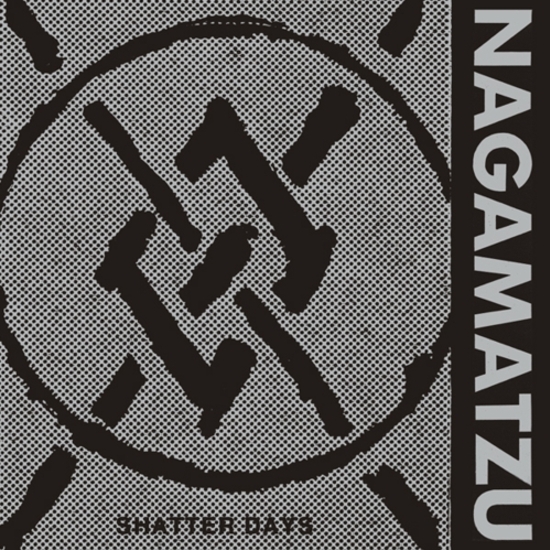 Dark Entries is honored to re-issue the debut cassette by British duo Nagamatzu for the first time ever on vinyl. Expanded with five bonus tracks, “Shatter Days” is a collection of nine songs recorded between 1983 and 1988. Featuring Andrew Lagowski (SETI, Legion, Terror Against Terror) on synths, guitar, and programming and Stephen Jarvis (Pure Motorised Instinct, Terraform) on synths and bass with Andrew Fleck (synths, occasional vocals). Nagamatzu self-released their debut cassette “Shatter Days” in 1983 after messing around with old tape machines, drum boxes and effects. They cite their early influences as SPK, Cabaret Voltaire and Joy Division. All the songs were recorded onto a TEAC reel to reel in the dining room at Andrew’s parents’ house. Some of the backing rhythms and sequencers were recorded first and then the band played along live during overdubs. These instrumentals combine stuttering bass, guitar bursts and funeral keyboards draped over a dragging drum machine beat, calling to mind Clock DVA, early New Order or Cocteau Twins. Their sound is full of complex rhythm patterns and dark electronics. On the flip side of this reissue are five tracks featuring contributions to international compilations (“If God Had Meant Us To Dance He’d Have Given Us Legs,” “Three Minute Symphony,” Life At The Top” and “Total Recess 3?) plus a previously unreleased song. Finally rescued from the UK D.I.Y. cassette underground and restored, “Shatter Days” presents a band at their productive beginnings.