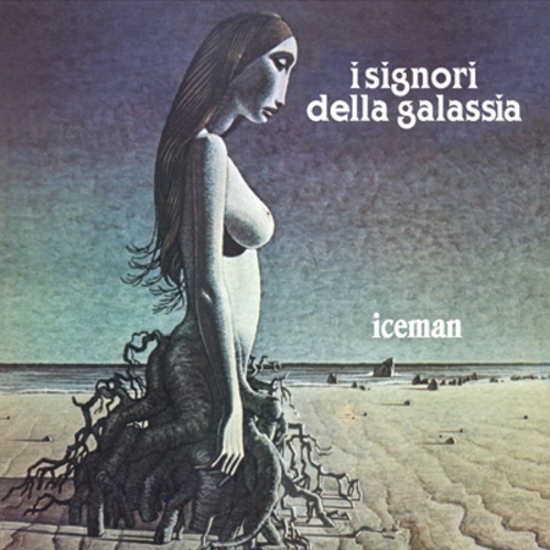 Medical Records presents a reissue of the very rare and sought after 1979 opus by Italy’s I Signori Della Galassia. Iceman was released in 1979 and has been long out of print for over 30 years fetching very high prices on the collector’s market. I Signori Della Galassia (translated as The Men Of Galaxy) is best described as a sonic hybrid of space disco/cosmic meets Italian progressive pop/rock. They were founded in Savona in the late 70s. Played with analog gear such as a variety of synthesizers as well as traditional guitar and drums. It is a very rich and diverse LP with multiple interesting twists and turns. The opener “Proxima Centauri” is a space disco odyssey with super-catchy synth melodies over driving disco beats mixed with hypnotic passages. The title track “Iceman” is a fusion of Italian pop and space disco which makes for an interesting combination. Other tracks have a completely different feel with elements of prog and experimental rock overtones. “Archeopterix” is another standout track with washing synths, warbling filters, and gentle backing vocals. The LP contains two bonus tracks (at the end of each side) which were released as singles at the time (“Luce” and “Eliane”). The LP features preserved front cover artwork and slightly modified back cover original artwork (at the artist’s request). This LP will surely appeal to lovers of Space, Rockets, Kraftwerk, Milkways, and Zodiac.