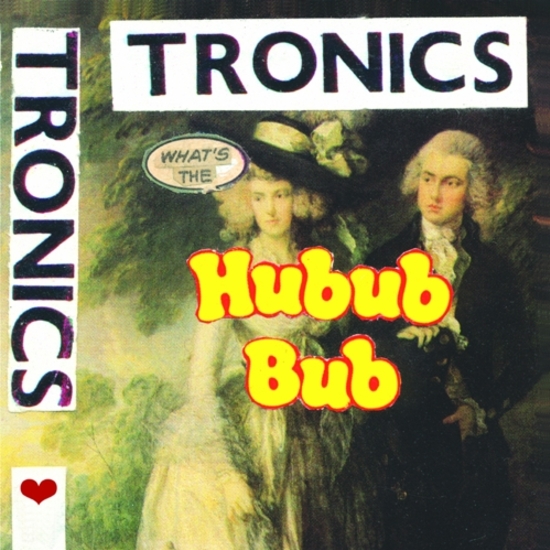 Tronics are the holy grail of stripped down opposition-music. Yes, greatly opposed. And troubling unique in a world of quickly stolen ideas and deep-end irony look-aways. Tronics are the real deal-OG germ crashers at the mind gate. – Mike Donovan, SIC ALPS

“What’s The Hubub Bub” originally appeared in 1980/1981, and was so far ahead in its approach to songwriting, performance, recording, and presentation that we’re just now catching up. Issued at the height of the British post-punk renaissance, on cassette only, it presaged the DIY underground movement in this country by several years, and until now, has been more rumored than heard. Recorded mostly live to cassette, the album has an astonishing breadth, taking in and transmuting savage rock’n’ roll, tender ballads, tape experiments, and in the case of “The Shark Fucks”, bona fide anthems. Ziro Baby (now known to comrades as Zarjaz Baby and fronting the incredible group FREAKAPUSS) and his songs have held sway with hundreds of the underground cognoscenti for decades now, cassettes of Tronics albums being passed around like secret handshakes. It remains a singular example of true self-expression, whilst at the same time rocking harder than (fill in almost any band‘s name here).

M’lady’s Records is very proud to be issuing What’s The Hubub Bub for the very first time on LP, remastered and packaged with the original sleeve. Also available in the popular compact disc format for those living in cramped quarters, or for our European comrades appalled by how much it costs to send an LP from America.

Also available concurrently: Say! What Is This (MLADYS 10), a brand new compilation of almost entirely unheard Tronics material, likewise out on September 24, 2013. 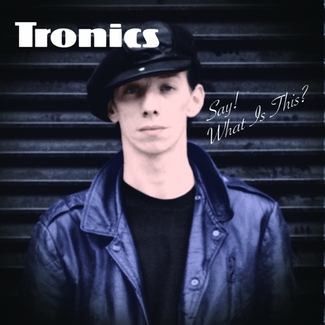 Tronics
Say! What Is This?