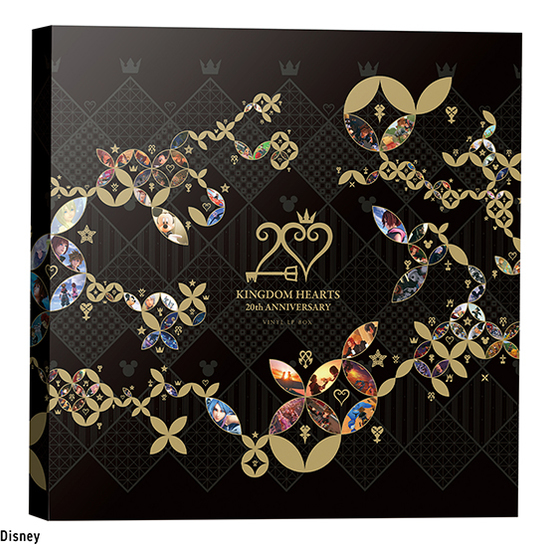 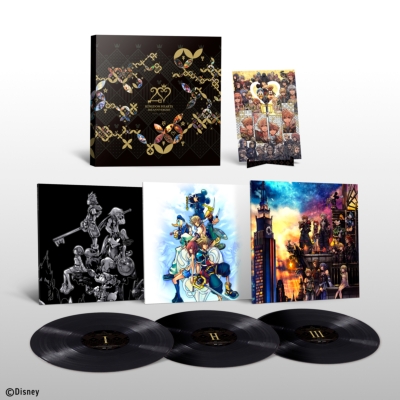 This exciting commemorative box set includes a track from the upcoming KINGDOM HEARTS IV, Reality in the Dark, which was first revealed in the 20th anniversary announcement trailer!

Other songs include the iconic title theme spanning across each entry in the series, Dearly Beloved, as well as Dive into the Heart Destati, Traverse Town, CHIKAI KINGDOM Orchestra Instrumental Version, and other memorable pieces that added color to the player’s adventure. These 36 beautiful, carefully selected songs are all compiled into a gorgeous three-disc analog vinyl set sure to be a favorite of any KINGDOM HEARTS fan.

The set comes packaged with an illustration card with stand, inside a box featuring a special 20th anniversary design.

Please enjoy the unforgettable music of the KINGDOM HEARTS franchise on these analog vinyl records.