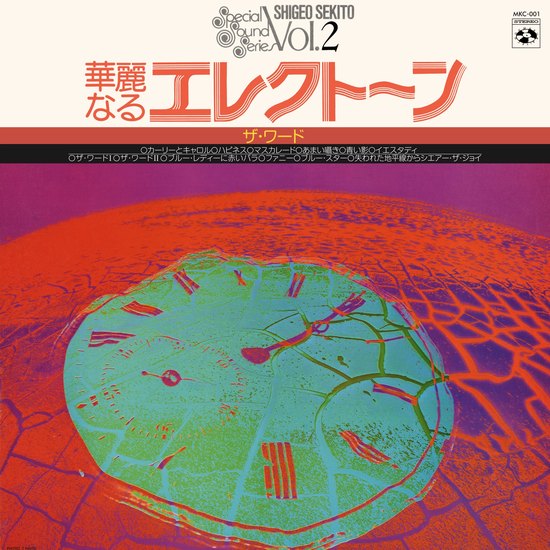 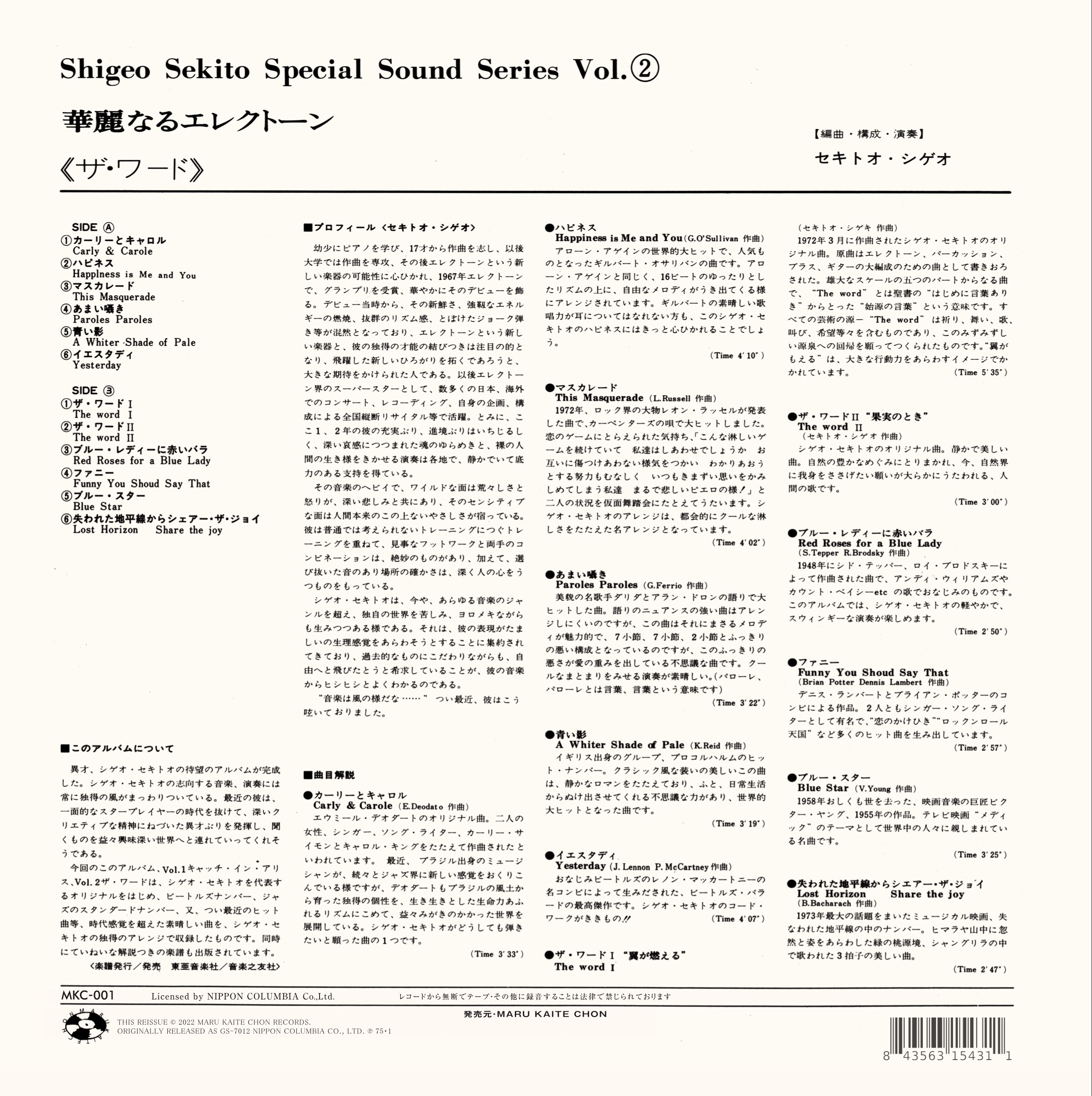 Barely known to the international public, the Electone pioneer and virtuoso Shigeo Sekito is the man behind four LP volumes titled “Special Sound Series” published by Nippon Columbia between 1975 and 1977. One of his masterpieces from “Vol. 2” titled “The Word II” gained great popularity after inspiring Mac DeMarco to cover it creating one of his most acclaimed tracks to date, an unforgettable tribute to Sekito’s blissful compositions. Quavo feat. Travis Scott, Eevee and others followed sampling this track to create new tunes. During the past years youtube’s music recommendation algorithm also did its part popularizing this track and the whole vol.2 LP online as well as creating an unsatisfiable demand for the highly sought-after 12” which hadn’t been reissued to date.

Shigeo Sekito studied piano as a child and aspired to become a composer, studying composition at Osaka Kyouiku University. He was later attracted to a new Yamaha instrument called “the Electone”, and won the first prize at the National Electone Competition in 1967. He was one of the leading figures in the world of the Electone, while teaching younger students. He also performed and composed music on the piano under the name of Ken Akishino (秋篠健) and published some of his works on his YouTube channel before passing away in 2021.

Originally released in 1975, Shigeo Sekito’s “Special Sound Series Vol. 2” is one of the best examples of his Electone works as a composer and pioneer. As a Malaysian newspaper described in a 1991 article:
“His fresh, energetic, rhythmic and sometimes humorous style of playing is attracting a growing number of fans and enthusiasts to try and play Electone, and is expected to develop new possibilities in the Electone world. He is actively engaged in numerous concerts and recordings, both at home and abroad, practicing up to 14 to 15 hours a day. Sekito’s music can be described as “careful as the devil and daring as the angel itself”. His selection of tone color and miraculously sound manipulations make us find ourselves all of a sudden pulled back to our past inner experiences or thrown away into an opened future cosmic space. This is indeed a demonic work and may also result from the sweetness and purity of the angelic whisperings."