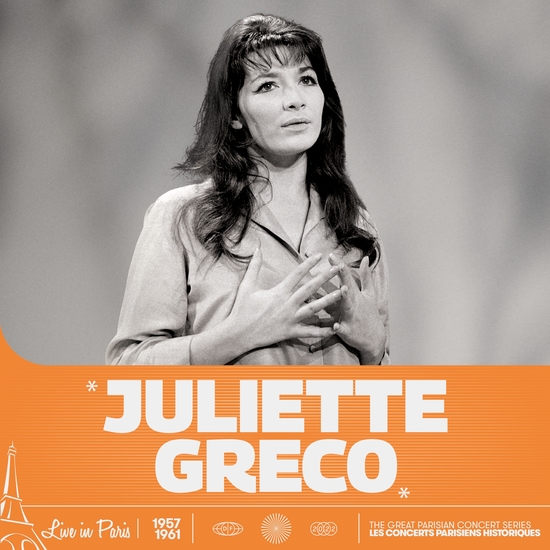 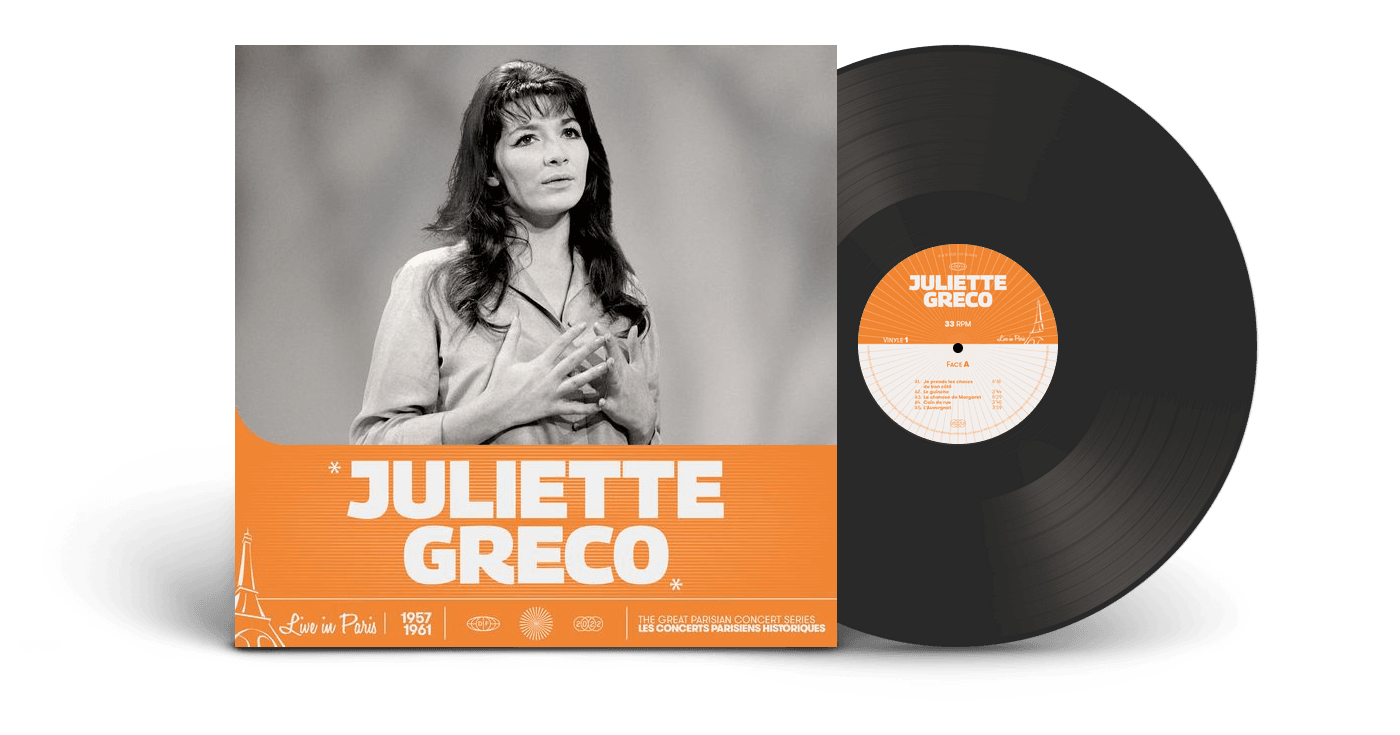 It is of course impossible, but we will risk it anyway, because this “Live In Paris” deliver Juliette Gréco at her peak: eight tracks recorded at the Olympia between October 1956 and June 1957, and four others at Bobino, in March 61. Juliette Gréco, who had just begun a film career (which she had not yet anticipated would be highly ephemeral), was at the height of her career. The time of the lean cows and the Taboo is over.

Now firmly established in the forefront of the great performers of French Song, we find Juliette Gréco here singing Desnos, Queneau and Mac Orlan, alongside Brel, Trénet, Ferré and Brassens. And it’s almost as if we were there: starting with a rare duet with Eddie Constantine, she is accompanied throughout by the quartet led by the piano of the faithful Henri Patterson, and the accordion of Freddy Balta. In addition to Ferré’s famous “Jolie Môme”, she delivers here her famous version of Queneau and Cosma’s “Si Tu T’Imagines”, as well as Brel’s “On N’Oublie Rien”, and notoriously, Brassens’ “Chanson Pour l’Auvergnat”.