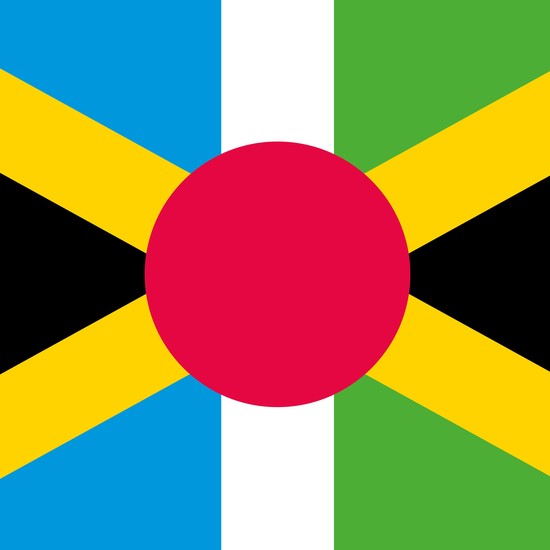 “UNITED”, Tristesse Contemporaine’s new album is like a space shuttle, full of metropolitan and eccentric music makers. Inside the shuttle: Narumi, Leo & Mike, respectively from Japan, Sweden and Jamaican-British. All “united” behind the unique Tristesse Contemporaine flag and led since the start by French label Record Makers (Kavinsky, Sebastien Tellier, Cola Boyy…).

Who other than young prodigy Lewis Of Man, the one-man band behind hits like “Attitude” and renowned collaborations including Rejjie Snow or Carly Rae Jepsen, to join the joyous ride? After hearing “Sly Fox”’s first demo in 2019, they convinced him to produce a whole album for them and became the fourth member of sorts, adding his pop sensibility, mixing genres and emotions with funky basslines, strong hooks, and digital arrangements.

A free-spirited album filled with irresistible beat-driven tunes thanks to Mike’s thunderous voice, Narumi’s sparkling synths and Leo’s gleaming guitar, conquering new territories from reggae to 90’s breakbeat or New-York disco. A unique and united style glued together by a rare ability to switch moods and dynamics in a gleam of light, like a skilled DJ would.

“Nothing Left to Win?” as the opening track goes. Well yes, precisely. Far from distorting Tristesse Contemporaine, “UNITED”, by flirting with club culture, triggered a new need to play with their origins, using old & new genres to project themselves into a new self."