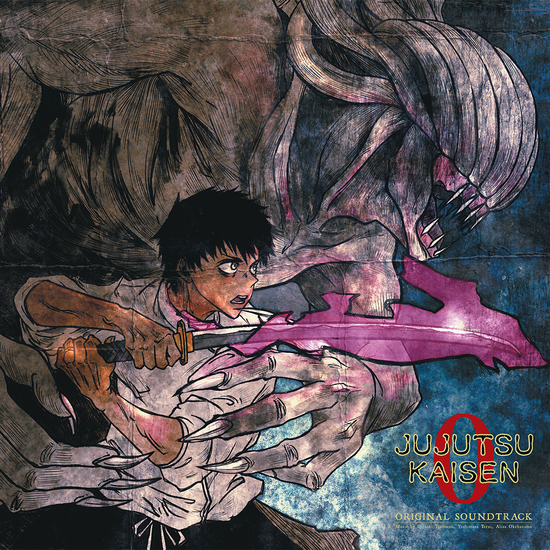 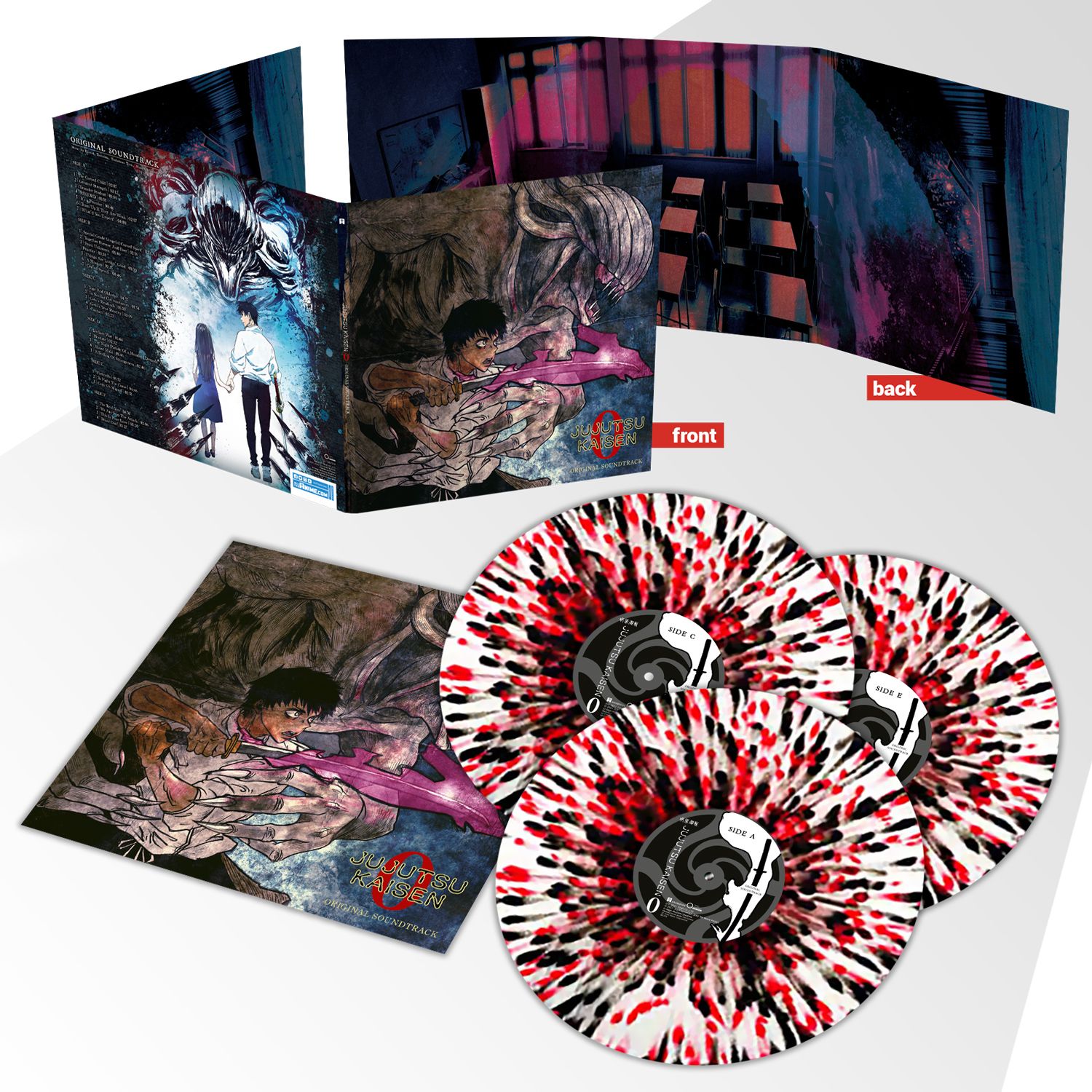 Hot on the heels of its astonishing box office success, Anime Limited are thrilled to present the complete soundtrack from the megahit anime film JUJUTSU KAISEN 0. Presented on 180 gram discs and pressed on 3 x black and red splatter effect on white vinyl, this soundtrack contains all manner of suitably bombastic tracks, provided by some of Japan’s hottest composition talent

When they were children, Rika Orimoto was killed in a traffic accident right before the eyes of her close friend, Yuta Okkotsu. Rika became an apparition, and Yuta longed for his own death after suffering under her curse, but the greatest Jujutsu sorcerer, Satoru Gojo, welcomed him into Jujutsu High. There Yuta meets his classmates, Maki Zen’in, Toge Inumaki, and Panda, and finally finds his own determination.

Meanwhile, the vile curse user, Suguru Geto, who was expelled from the school for massacring ordinary people, appears before Yuta and the others. While Geto advocates for creating a paradise for only jujutsu sorcerers, he unleashes a thousand curses upon Shinjuku and Kyoto to exterminate all non-sorcerers. Will Yuta be able to stop Geto in the end? And what will happen to breaking Rika’s curse…?