A Message From The Tribe Box Set 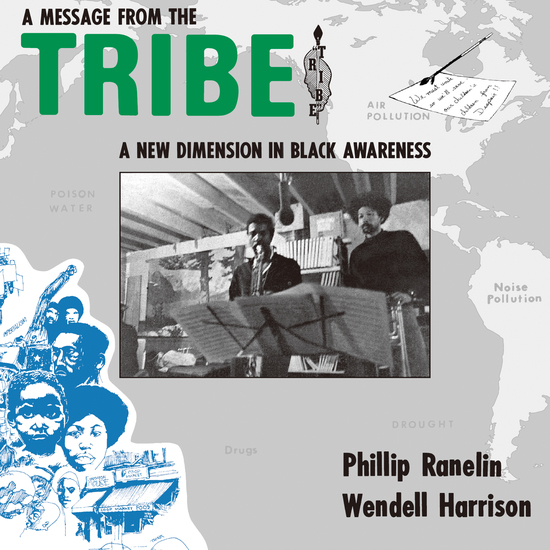 A Message From the Tribe Box Set 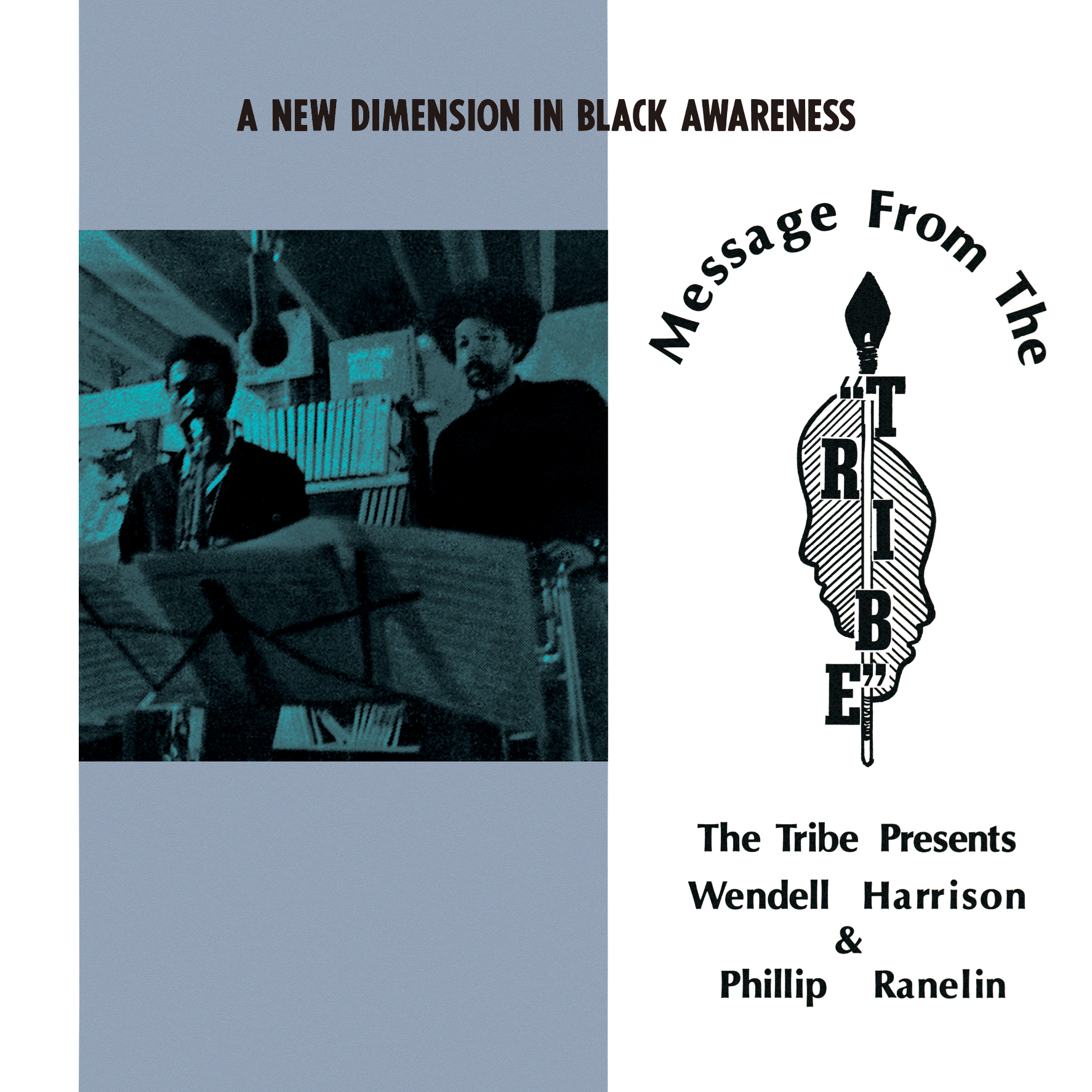 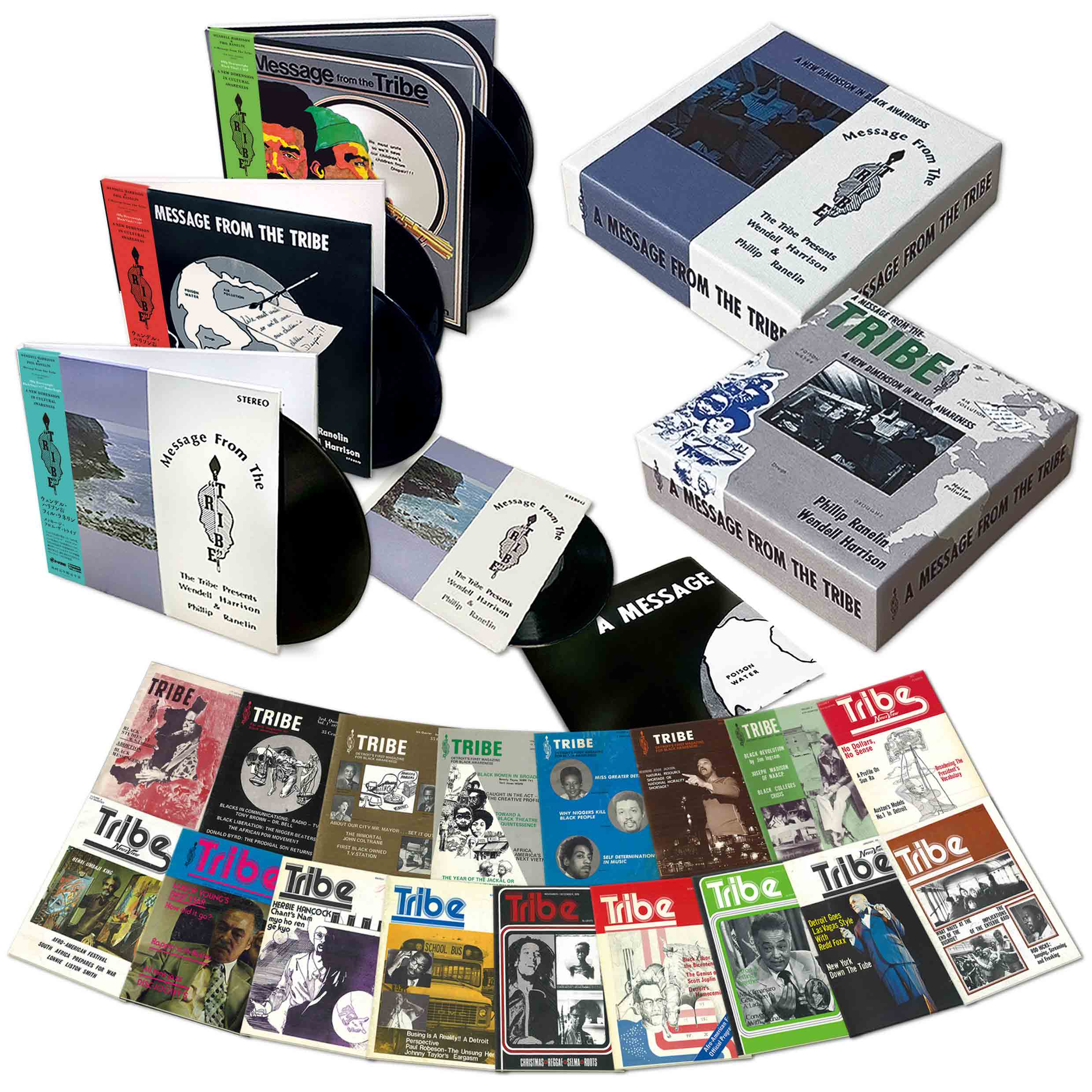 Detroit, 1972. The events of one of the most violent riots in American history were still fresh in the minds of Detroit citizens when Wendell Harrison and Phil Ranelin formed the pioneering jazz collective “Tribe”. First compiled by P-VINE in 1997, with a following reissue project, Tribe’s discography would see a re-evaluation from the club music scene, followed by long-deserved acclaim from the larger music scene.

This release contains PHIL RANELIN and WENDELL HARRISON’s “A Message From The Tribe”, Tribe’s inaugural release – and perhaps their most famous. We’ve collected all three editions, as well as 17 issues of Tribe Magazine, a seminal afro-centric magazine published by Tribe in a limited edition box set.

A Message From The Tribe

Tribe’s inaugural release in 1972 would see three editions released in as many years. 1972’s first edition featured a photo of the ocean on the front, the following year’s second edition had a drawing of the Earth, while 1974’s third edition had a colorful illustration of Tribe founders Wendell Harrison and Phil Ranelin’s faces. Each version is unique.

1st Edition: Ocean. A never before reissued gem, complete with a bonus seven-inch!

The inaugural release from Tribe is getting its first ever analog reissue. The Tribe collective was focused primarily on live performances, and as an extension often included theatre and poetry. This first edition features a recording of one of their first performances, a musical entitled An Evening With The Devil, performed at the Detroit Institute of Arts. Highlights include original takes of “Where Am I”, a tune that morphs from fiery free jazz to breezy jazz fusion, and “What We Need”, a politically conscious jazz-funk number. The bonus 7-inch includes “Where Am I” and “How Do We End All Of This”, available only on this release.

Perhaps the best known version of this album, the second edition is adorned with an illustration of the Earth. Despite a track list overlapping with the first edition, each take is different from the prior edition, with a level of sophistication that was lacking from the previous disc. The A-side features music by Phil Ranelin, with precise grooves and a tight band making these renditions particularly funky. B-side features music by Wendell Harrison,offering forward more groove-forward tracks that are simultaneously thought and dance provoking. The second edition is smoother, groovier, and more modern than its predecessor but no less political. The attached 10-inch includes instrumental versions never before pressed on vinyl. Highlighting the immense talent of the musicians that played on these recordings, the expansive horn section playing on these instrumental tracks makes for an almost big band-esque jazz funk sound. This is an important part of jazz history that you must listen to for yourself.

The final edition is remixed and remastered, with special care taken during the mastering and cutting processes to ensure that the audio would be of the highest quality. Featuring a colorful illustration of Harrison, Ranelin, and vocalist Jeamel Lee on the front cover, the third edition sounds like a whole new record. Take “What We Need”, where the louder bass and kick drum has turned the funkiness up to 11, a mix that would be right at home at any club. Some of the grooves are almost hip-hop esque, like the repetitive bassline and fender Rhodes on “How Do We End All Of This Madness” or the hi-hats and snares of the Harrison-penned jazz-funk “Beneficent”. We took special care to ensure that the audio quality would remain as originally intended, cutting the record as a double LP on 45rpm, heavyweight vinyl.

Originally handed out for free at live performances, TRIBE Magazine would evolve from a simple ad flier to a fully-fledged bimonthly magazine. With Wendell Harrison as both head editor, and publisher, Tribe magazine strove to cover the reality of African Americans in the 1970s. Features were as diverse as interviews with famous Detroit musicians, articles from historians, and news pieces that covered the often hefty topics that affected the daily lives of Detroit’s black citizens. “We can’t do anything about it, if we don’t know anything about it” would become their motto as they strove towards black self-dependence. Adorned with striking visual images, the historical significance of these magazines cannot be overstated. Perhaps considered the most influential magazine in the history of spiritual jazz, we’re proud to be reproducing 17 issues of Tribe magazine in their original format.

Born in 1942 in Detroit, Michigan, Wendell Harrison began studying jazz at the age of 14 under the tutelage of the great pianist Benny Harris. After moving to New York in 1960, and a brief stint at the Synanon rehab facility, he would return to Detroit in 1971. One year later, he would form Tribe with Phil Ranelin, a trombonist he met while working as a teacher at Metro Arts, a multi-arts facility in Detroit’s inner-city. That same year, they would release A Message From The Tribe, and the rest is history. After the dissolution of the Tribe in 1977, Harrison would create Rebirth Inc. and the Wenha record label, and continues to work both as a musician and teacher to this day.