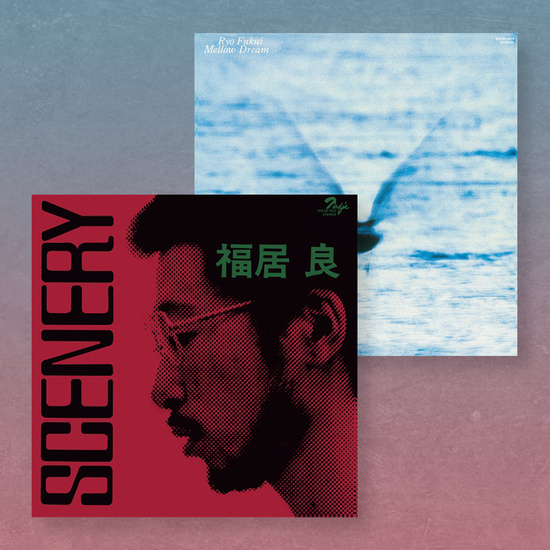 Ryo Fukui was a Japanese jazz pianist based in Sapporo. He played regularly at the “Slowboat” jazz club in Sapporo of which he and his wife Yasuko were the owners. He began to teach himself the piano in 1970 at the age of 22, releasing his first album, “Scenery”, six years later and his second album, “Mellow Dream”, the year after. This must have bundle includes Fukui’s first two records, “Scenery”, and “Mellow Dream”, both pressed on black vinyl!