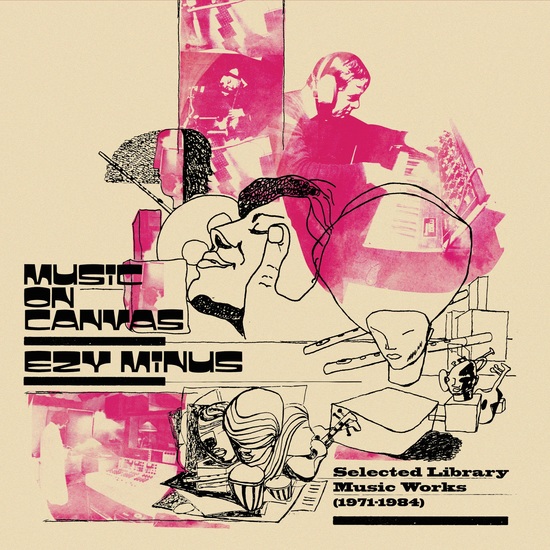 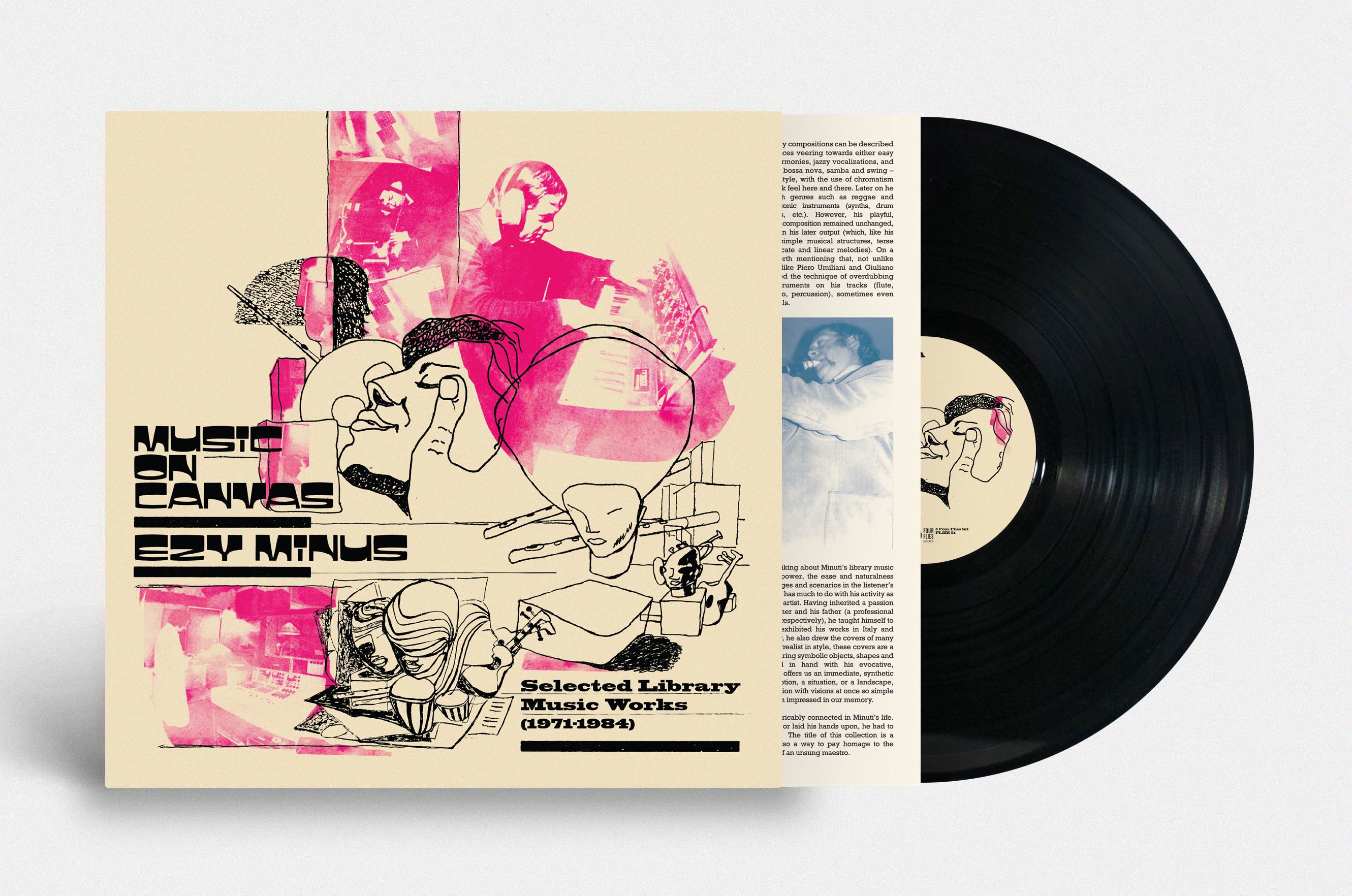 While still unknown to many today, Enzo Minuti (1927-2000), aka Ezy Minus, left his unique mark on the kaleidoscopic world of Italian library music. One of the most versatile, skilled and authentic figures in the Bolognese music scene of the mid- to late 20th century, Minuti was a multi-instrumentalist, composer, music producer and recording studio manager, as well as a painter, etcher and graphic artist. He devoted his life to music (especially jazz, a genre that has enjoyed a long tradition in the city of Bologna), so much so that even his visual art was inspired by music.

After extensive touring in Europe and Turkey as a jazz musician, in the late 60s Minuti opened one of the first (if not the first) recording studios in Bologna, Studio 67. This is where, throughout the 70s and 80s, he composed and recorded his own library music under the monikers Ezy Minus, Maripal and Cronomas. The fact that he was based in Bologna is in itself worthy of notice for, at the time, Italian library music was produced almost exclusively in Rome and Milan (most of his output in this genre was indeed released by Kronal, a sub-label of Fabio ‘Fabor’ Borgazzi’s Rome-based Minstrel, and by Music Scene, a joint imprint of Minstrel and Milan’s Jump Edizioni Musicali).

This collection brings together music composed by Minuti between the ‘70s and the early ‘80s. Within this timeframe, his first library compositions can be described as cheerful pop-jazz pieces veering towards either easy listening – with vocal harmonies, jazzy vocalizations, and rhythmic elements from bossa nova, samba and swing – or a more psychedelic style, with the use of chromatism and an experimental rock feel here and there. Later on he also experimented with genres such as reggae and increasingly used electronic instruments (synths, drum machines, loop stations, etc.). However, his playful, light-hearted approach to composition remained unchanged, or was even enhanced, in his later output (which, like his earlier work, features simple musical structures, terse arrangements, and delicate and linear melodies). On a technical note, it is worth mentioning that, not unlike better-known maestros like Piero Umiliani and Giuliano Sorgini, Minuti often used the technique of overdubbing and played most instruments on his tracks (flute, saxophone, organ, piano, percussion), sometimes even singing some of the vocals.

What is perhaps most striking about Minuti’s library music is its great imaginative power, the ease and naturalness with which it evokes images and scenarios in the listener’s mind. This ‘visual quality’ has much to do with his activity as a figurative and abstract artist. Having inherited a passion for art from his grandfather and his father (a professional and an amateur painter, respectively), he taught himself to draw, paint, etch, and exhibited his works in Italy and abroad. Most importantly, he also drew the covers of many of his albums. Almost surrealist in style, these covers are a sort of dreamscapes featuring symbolic objects, shapes and figures. They go hand in hand with his evocative, dream-like music, which offers us an immediate, synthetic representation of an emotion, a situation, or a landscape, and fires up our imagination with visions at once so simple and clear that they remain impressed in our memory.

Music and art were inextricably connected in Minuti’s life. Whatever he saw, heard or laid his hands upon, he had to turn it into song or art. The title of this collection is a reference to that, and also a way to pay homage to the many-sided personality of an unsung maestro.