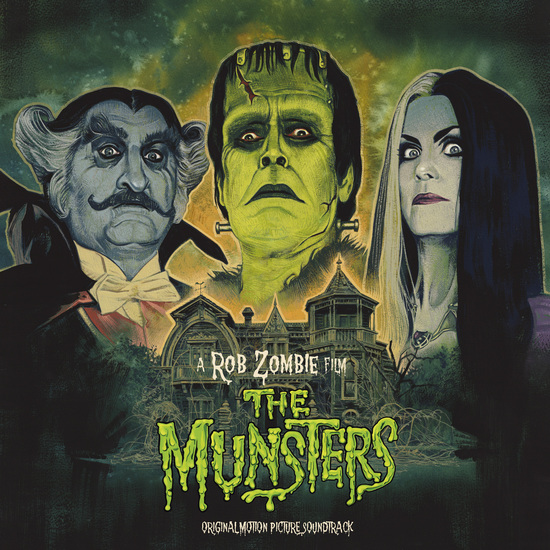 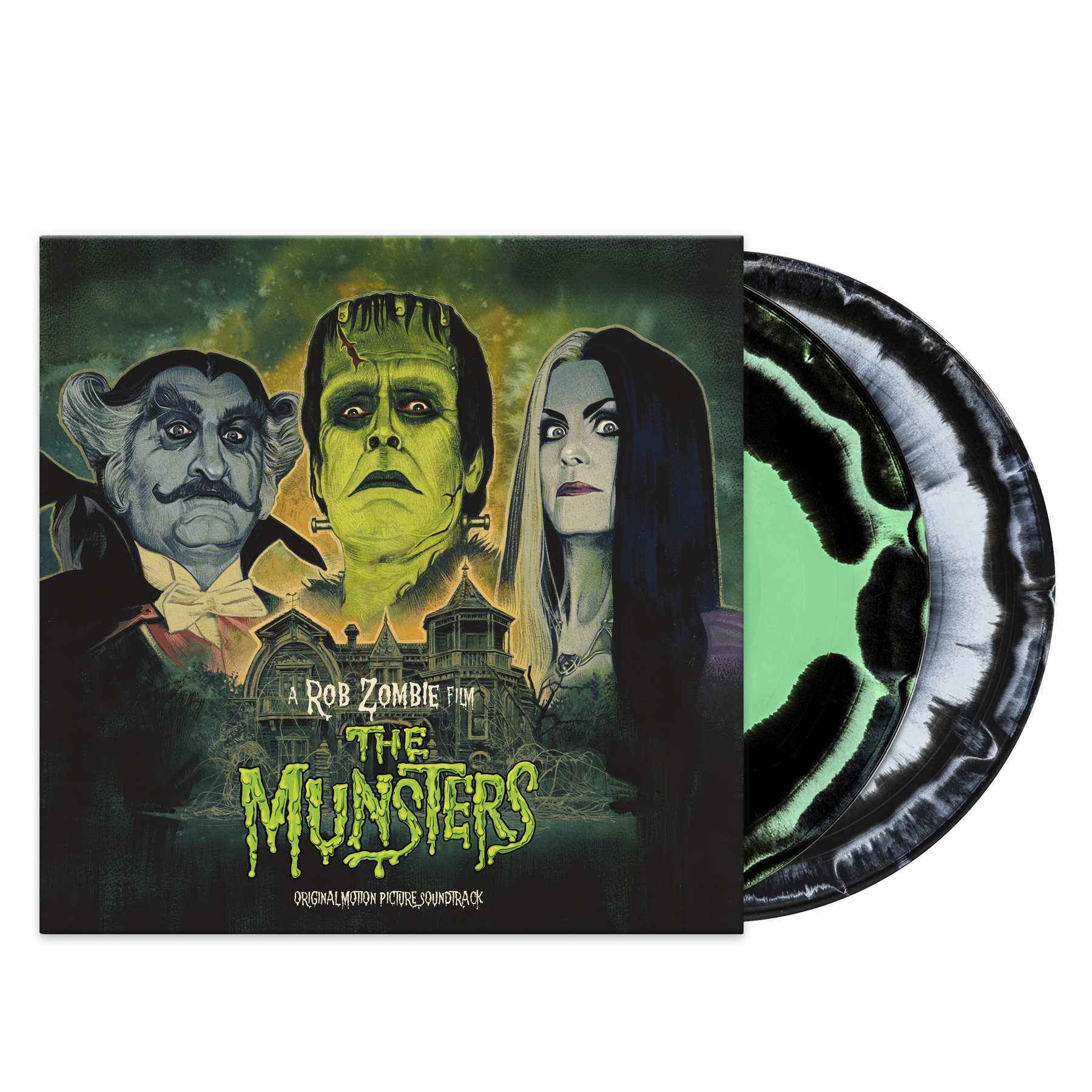 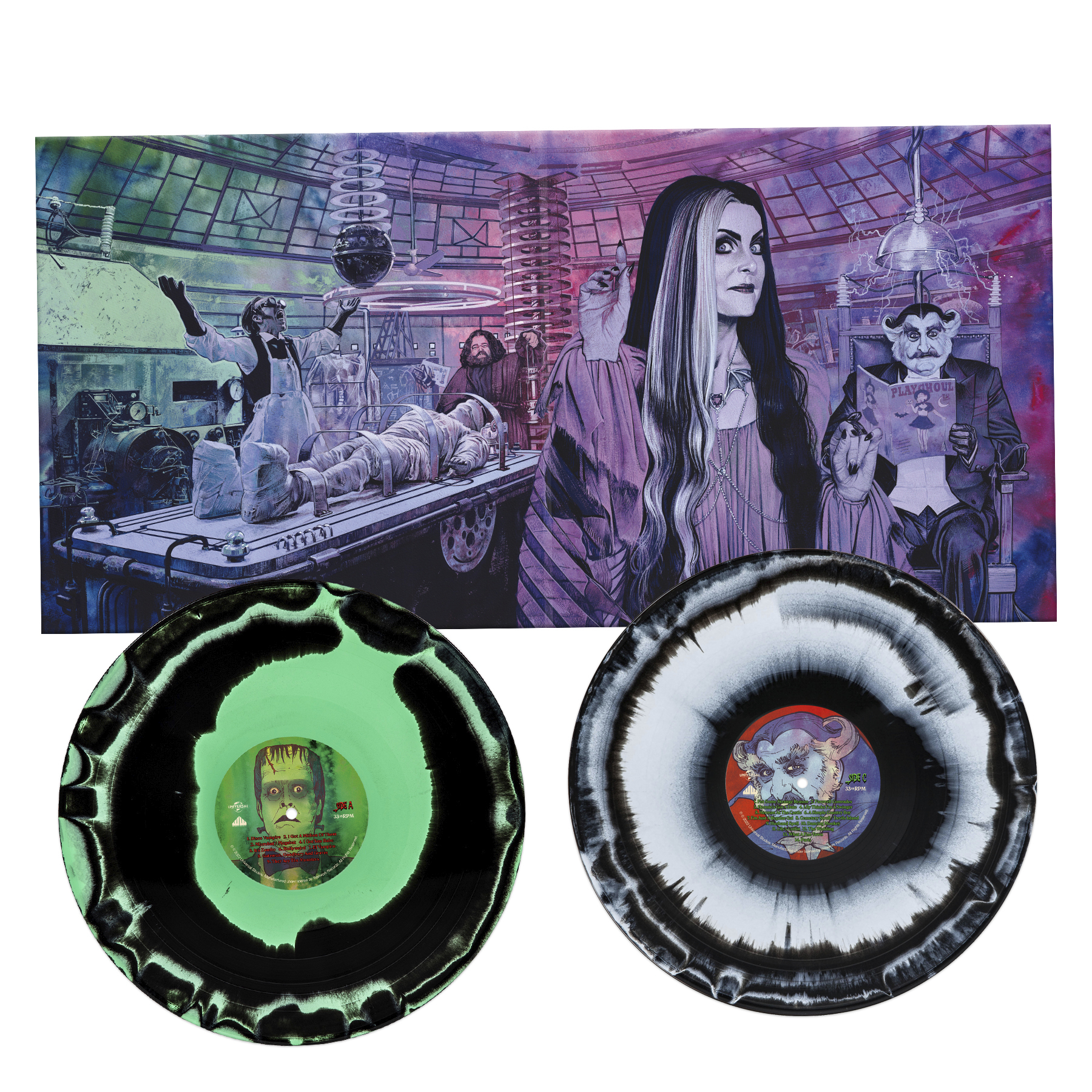 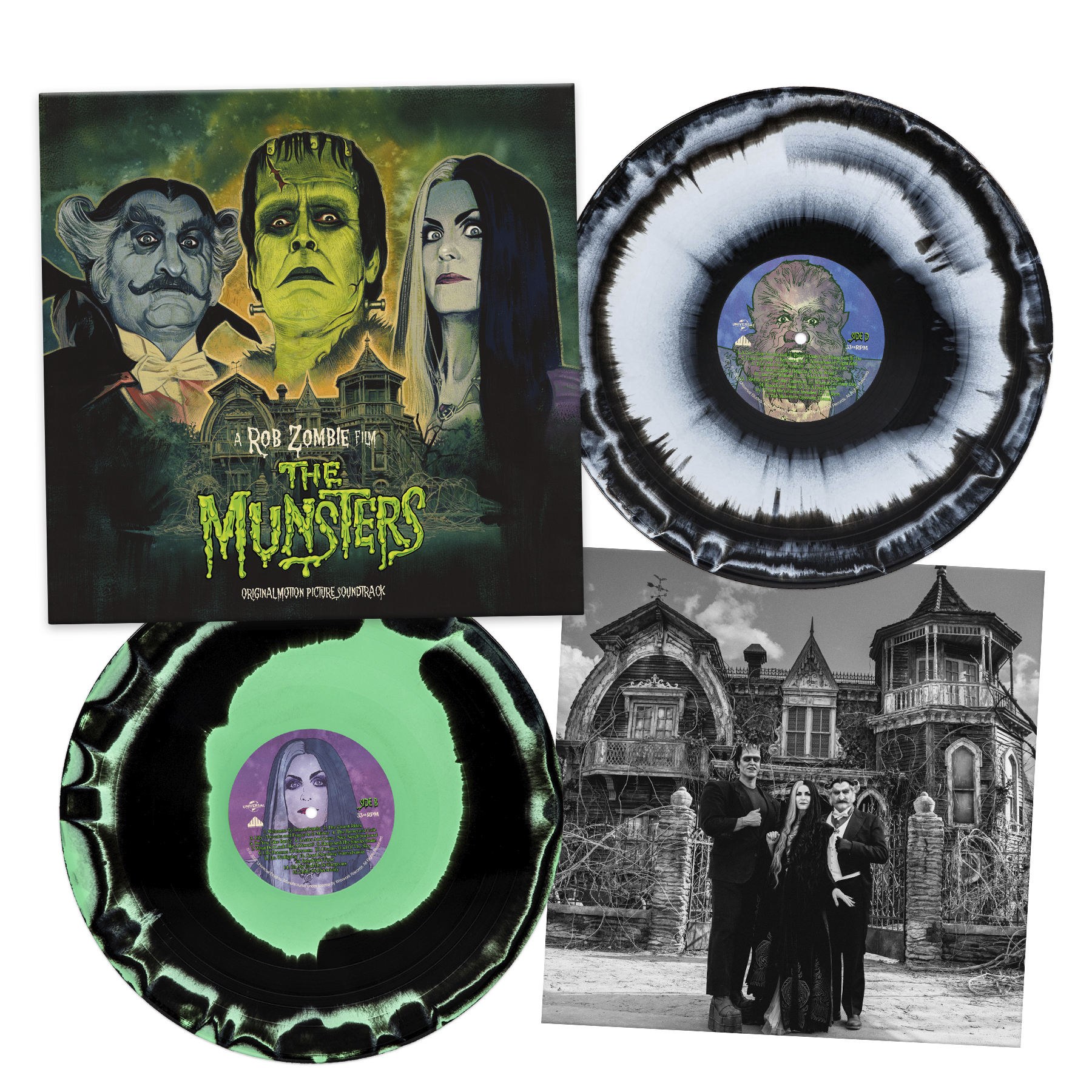 Waxwork Records is thrilled to present Rob Zombie’s THE MUNSTERS Original Motion Picture Soundtrack! Rob Zombie (House of 1000 Corpses, The Devil’s Rejects, The Lords Of Salem) digs up the origin story of everyone’s favorite family of monsters in the brand new movie. Starring Sheri Moon Zombie as Lily, Jeff Daniel Phillips as Herman Munster, and Daniel Roebuck as The Count, Rob Zombie’s THE MUNSTERS presents to us the strangest love story ever told! Lily is just your typical 150 year old, lovelorn vampire looking for the man of her nightmares… that is until she lays eyes on Herman, a seven foot tall green experiment with a heart of gold. It’s love at first shock as these two ghouls fall fangs over feet in this crazy Transylvanian romance. Unfortunately, it’s not all smooth sailing in the cemetery as Lily’s father, The Count, hasother plans for his beloved daughter’s future, and they don’t involve her bumbling beau,Herman. You’ll laugh, you’ll cry, you’ll howl at the moon as The Munsters make their way to Mockingbird Lane!

The Munsters features a soundtrack and score by Rob Zombie and Zeuss. Waxwork Records is proud to present The Munsters as a deluxe double LP featuring spooky synth-driven jams such as “Disco Vampire” and “Microbat / Megabat”, movie dialogue, and the singles “It’s Zombo” and “I Got You Babe” with performances by Sheri Moon Zombie and Jeff Daniel Philips. The chilling score album features a whimsically malevolent performance by Zeuss thats pays homage to the original 1960’s The Munsters television series. Bells, xylophone, horns, claves, wood blocks, and wooden guiro, are paired with synthesizers and spine-chilling choir choruses to build an eerie and cooky good time!