The Trend Is In 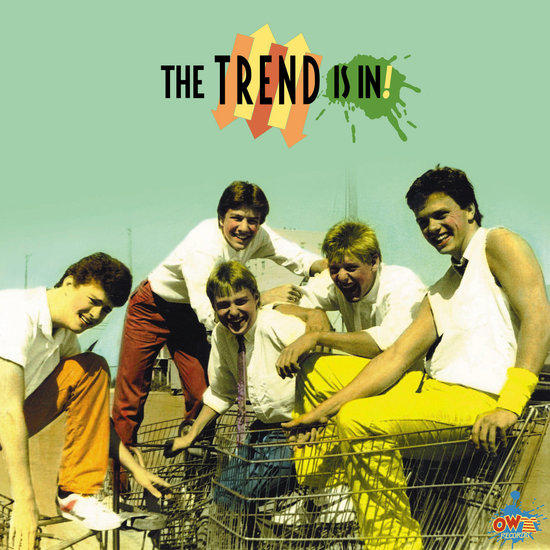 The Trend Is In

The Trend is high explosive, hyperactive teenage powerpop. The Trend hailed from Kennett, Missouri and was formed back in 1979. Aged fifteen to sixteen at the time, and armed with guitars, striped t-shirts, skinny ties, tambourines and colorful drainpipe trousers. The Trend (Is In) was a full on powerpop and bubblegum-explosion.

One self-released (and nowadays mega-rare) album in 1982 and a just-as-hard-to-find 7-inch single from the previous year was all that The Trend unleashed on record during their short lifespan. Since then, appearances on compilations like Yellow Pills and Numero’s Buttons have made sure The Trend is in high demand amongst powerpop aficionados all over the world.

Trend’s debut 45 “She’s Hi-Fi” b/w “Lucky Day” is blistering class AAA powerpop that will most likely make anyone with the slightest interest in the genre strip off all clothes and do the helicopter. “The Girl At The Holiday In” shows that The Trend had moved on since the single. So much so that “The Girl I Used To Know” could have been recorded by one of the then contemporary Paisley Underground bands from Los Angeles. “Real Cheap Thrill” is raging Merseybeat-pop-mayhem bordering to killed by death-punk. “Two Plus Two” is suffused with the spirit of late 1960s Paul McCartney. Above all, The Trend is about direct, driving upbeat pop. “Go For Broke” could have clicked as a single, while “Southsiders (Waiting To Go Northside)” caught The Trend’s outlook in a nutshell: “power pop, bubblegum, punk rock, here we come.”

The Trend is finally in!