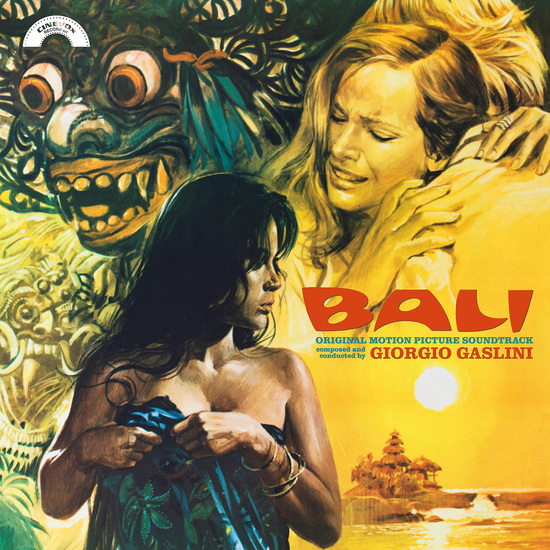 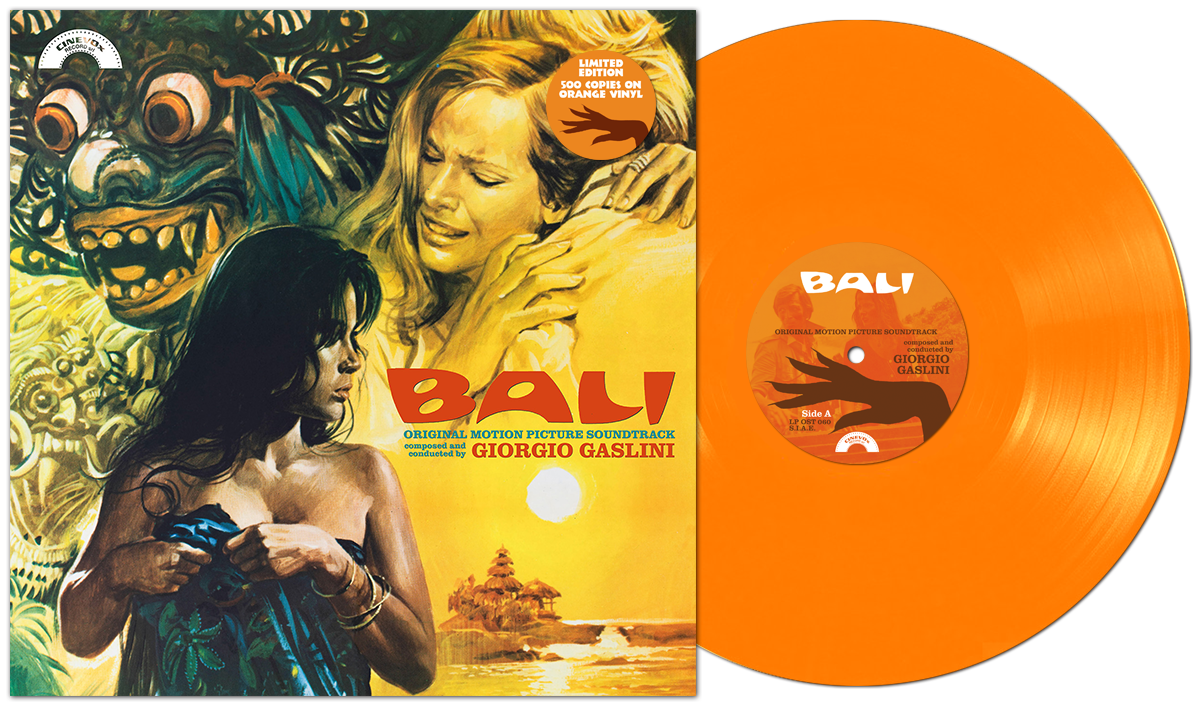 “Bali” is a 1970 movie directed by Ugo Liberatore with leading actors Laura Antonelli and John Steiner; the film belongs to those years exotic/erotic popular genre, and benefits of a soundtrack composed and directed by pianist, composer and arranger Giorgio Gaslini, soon to be a collaborator of Dario Argento for the music of “Le Cinque Giornate” (1973) and “Profondo Rosso” (1975).

The “Bali” soundtrack has two distinct souls. The first, corresponding to the songs on side A, is the most essential one, and coincides with the original edition of this soundtrack released in 1971 by Cinevox; here, tribal sounds alternate with string and percussion instruments, to lounge and 60’s beat atmospheres, with minimal classical arrangements of flute and strings. The second, placed on side B, shows a completely different version of the same soundtrack, characterized by symphonic arrangements played by a real orchestra, worthy of a Hollywood production; several songs from this ‘second soul’ – none of which have ever been released on vinyl before – see the contribution on choirs by I Cantori Moderni by Alessandro Alessandroni.