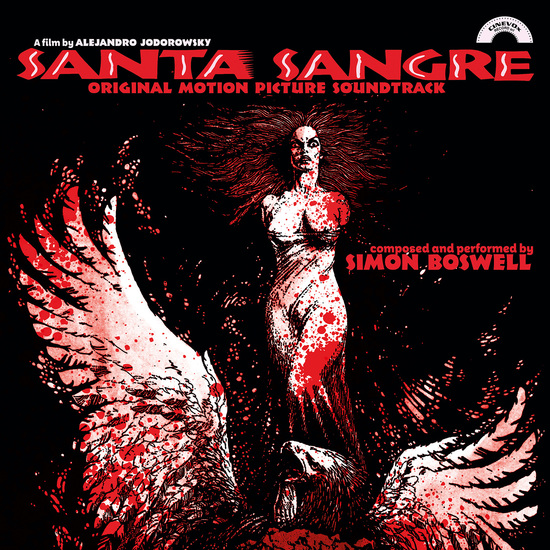 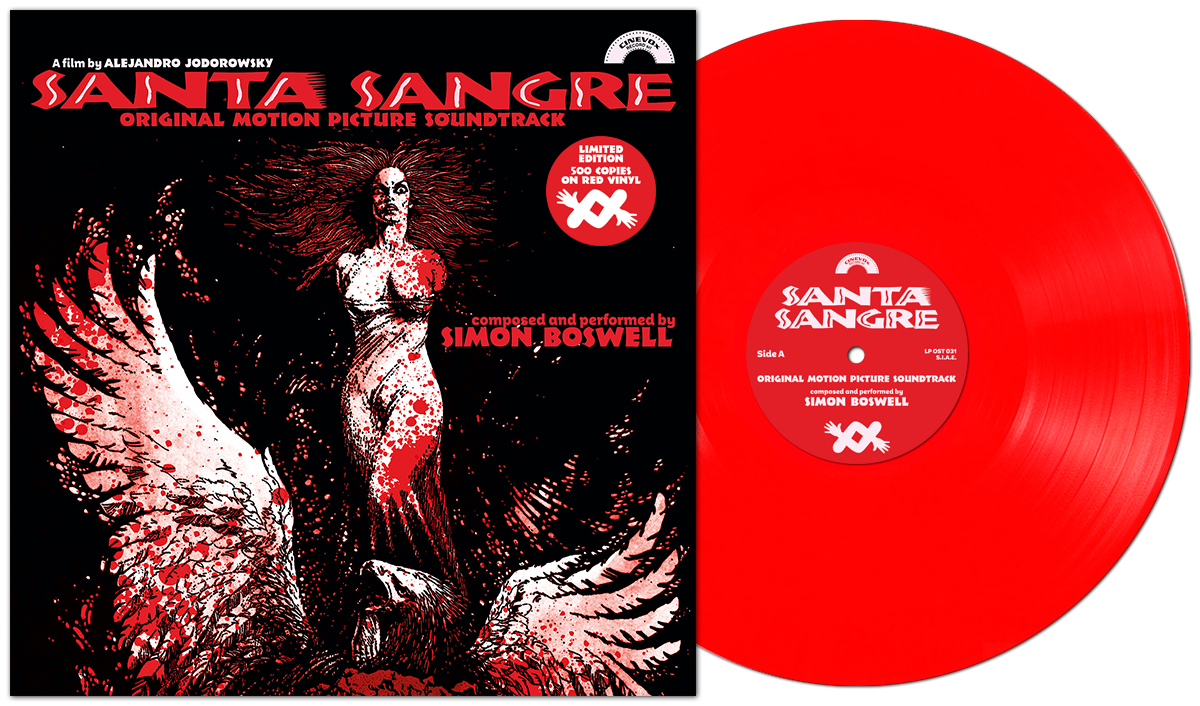 “Santa Sangre” is a 1989 film directed by Alejandro Jodorowsky and written by the Jodorowsky himself in collaboration with screenwriter Roberto Leoni and well-known producer Claudio Argento; a surrealist and avant-garde work, hallucinating and psychedelic and with horror tinges, whose themes include that of childhood trauma and the relationship between mother and child.

This work includes all the typical elements of the style of Simon Boswell, multi-instrumentalist, music producer and author of over one hundred soundtracks, as well as former collaborator of film directors such as Dario Argento, Clive Barker and Danny Boyle: in “Santa Sangre” therefore we find rock and electronic music, reminiscent of the sound of Tangerine Dream during their 80s/90s production, combined with majestic symphonic scores; also in this case, given the main setting of the film, shot in Mexico City, these tracks include various references to popular and traditional music from Central America.