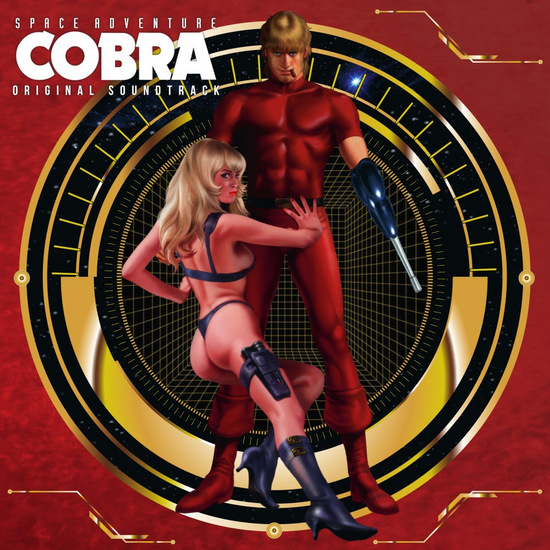 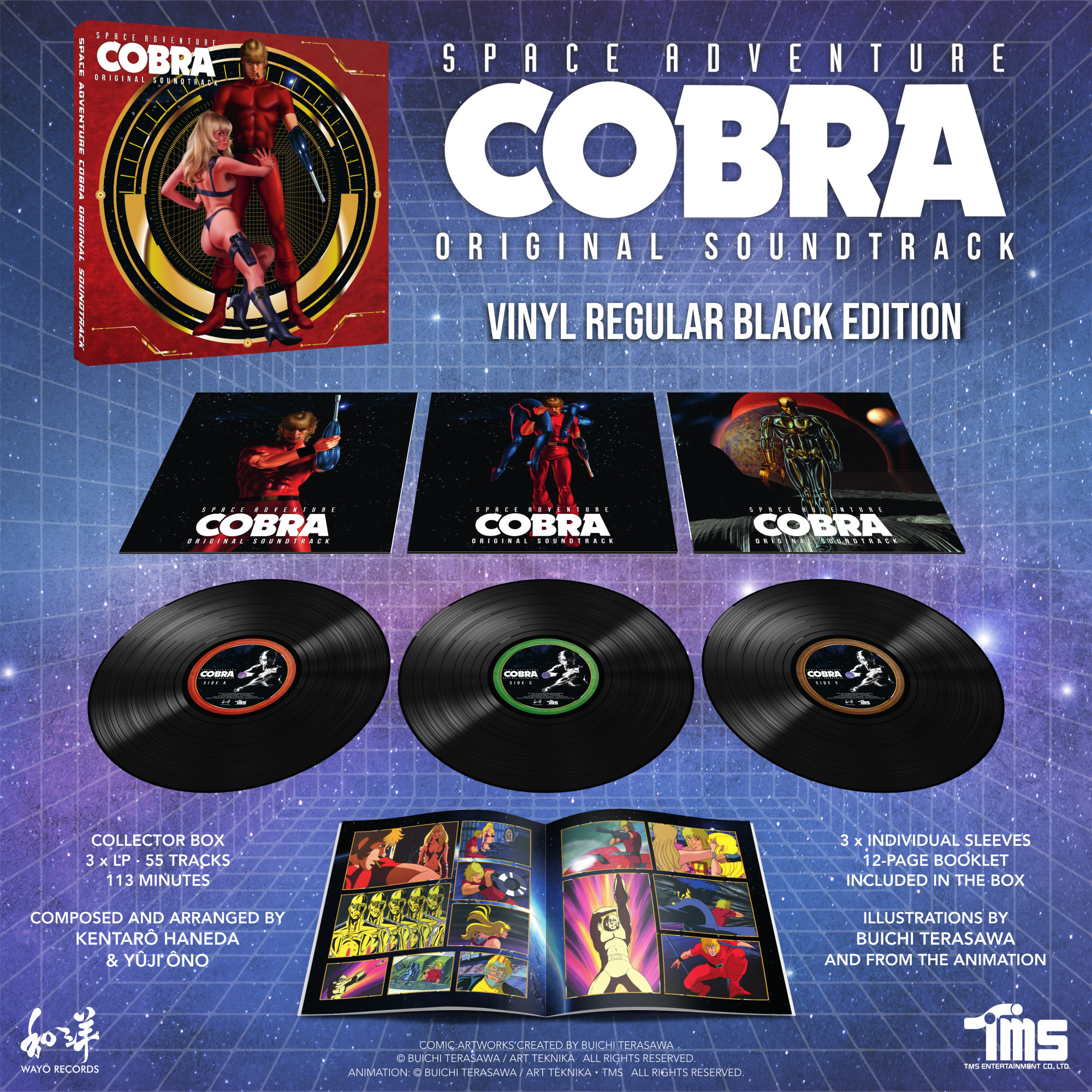 Space Adventure Cobra is the animated series from the masterpiece of Buichi Terasawa, produced by the prestigious studio TMS Entertainment and broadcasted from 1982. The series was a huge success and remains to this day one of the most appreciated in the world of Japanese animation.

In order to celebrate the 40th anniversary of Space Adventure Cobra, we are pleased to offer this sublime vinyl box set of the OST with its 3 discs gathering a very large selection of music, all the songs (long versions) as well as several covers and rare unused tracks composed at the time, all completed by a 12-page booklet, illustrated with the most beautiful artworks of the master Terasawa!

The legendary soundtrack of Space Adventure Cobra, composed by Kentarô Haneda and Yûji Ôno, has greatly contributed to the reputation of the series with notably rhythmic tracks, sublime jazz pieces and unforgettable songs.

Here it is now completely remastered in vinyl format & double CD in this collector’s edition!