Brazuca! Samba Rock And Brazilian Groove From The Golden Years (1966 1978) 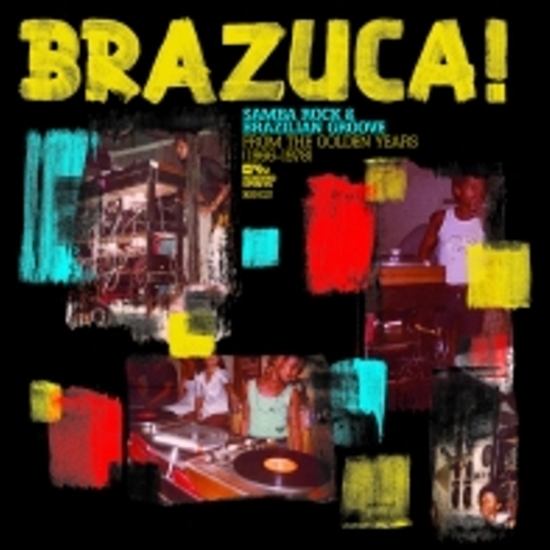 This compilation gathers two influences of alternative brazilian musical references – Samba Rock and Brazuca. The focus begins in the mid sixties through to the late seventies, from the decline of bossa nova until the explosion of the disco scene.

The Samba Rock movement, as related to black urban culture, goes back to the origins of the DJ in Brazil, particularly in the São Paulo banlieue in the mid-fifties. With the introduction of valves and hi-fi technology, the sound system became more accessible, and the first parties began to spread. In the late sixties they grew in quantity and audience, and the repertoire, so far dominated by international jazz, rock and swing, became nationalized, thanks to a new style of samba brought to the people by the great Jorge Ben.

In the mid-nineties, the re-discovery of the Racional phase of Tim Maia brought new music and artists to light, inspiring DJs to dig deeper for obscure grooves, made in Brazil in the sixties and seventies. What they had in common was the groove, from samba to funk’n’soul, from psych to afro. Together with the Samba Rock scene, the Brazuca wave brought attention to unknown musical gems, in Brazil and abroad.

Soon they started to take the dance floors with great success! The Brazuca scene was coming! They brought old artists back to the stage, putting names like Gerson King Combo, Arthur Verocai, Banda Black Rio and Arnaud Rodrigues back in the limelight, and sending the price of these records through the roof. These two scenes are still very lively in the São Paulo musical landscape, and to this day it’s possible to find undiscovered gems, hidden deep in the banlieue.

DJ Paulão from Sao Paulo, combines the best of both worlds on this compilation. It features 12 rare tracks by the likes of Di Melo, Vera Lucia, Marisa Rossi, Giovana, and many more… A true must have for fans of Brasilian gems!