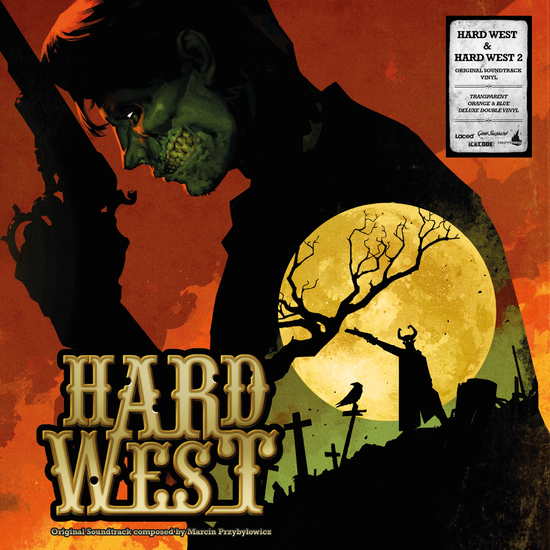 With a gun full of lead and a fistful of witchcraft, Laced Records has formed a posse with Ice Code Games and Good Shepherd Entertainment to bring you music from turn-based supernatural westerns Hard West and Hard West 2 to good ol’ wax.

All music has been remastered for vinyl and will be pressed onto heavyweight LPs. Disc 1 is transparent light blue and features the full 14-track OST from 2015’s Hard West. Disc 2 is transparent orange and boasts 9 tracks selected from the Hard West 2 soundtrack. LPs come in printed inners, which are housed in a spined sleeve. Sleeve artwork for Hard West is by Grzegorz Przybyś, while Division48 Studio created the sleeve art for Hard West 2.

For Hard West 2, Jason Graves (Dead Space 1&2, Tomb Raider 2013, Dark Pictures Anthology) gets grittier and grungier, while honoring the sound world of the original. Through his spartan use of bass guitar, percussion, and spooky synths, Graves summons a more primal, earthy sound, while still layering in the acoustic and electric guitars we associate with the dark side of the West.