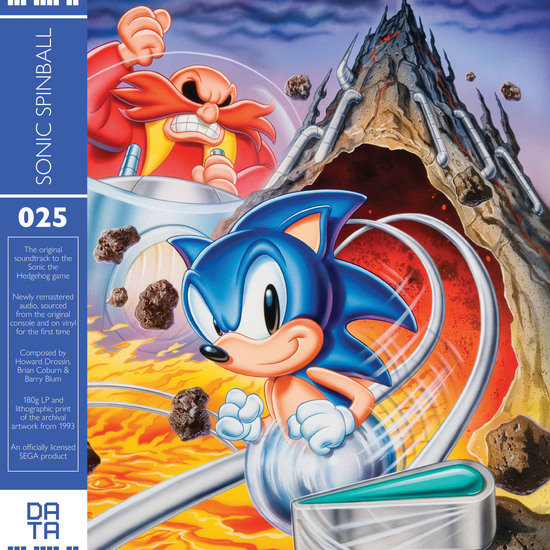 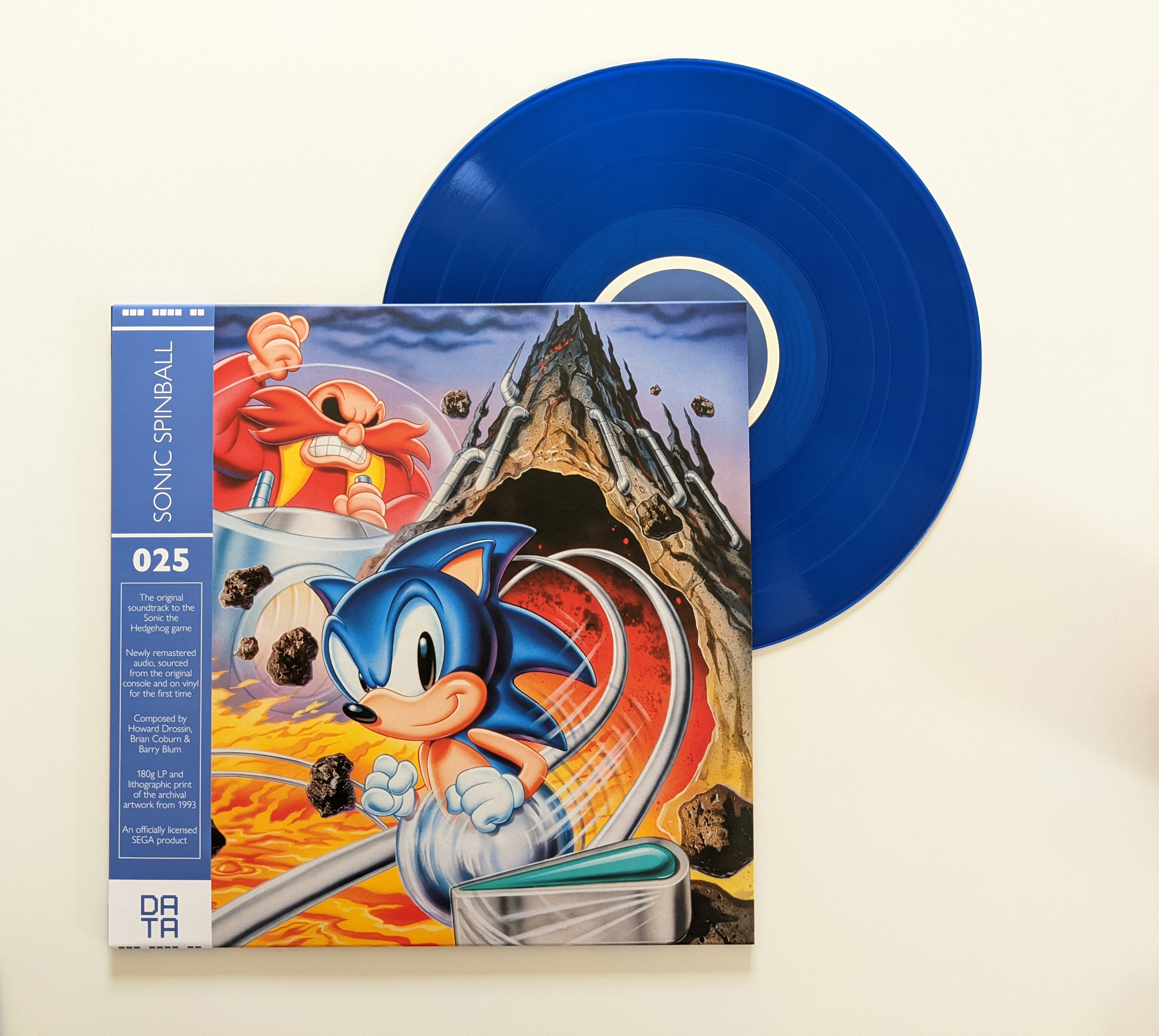 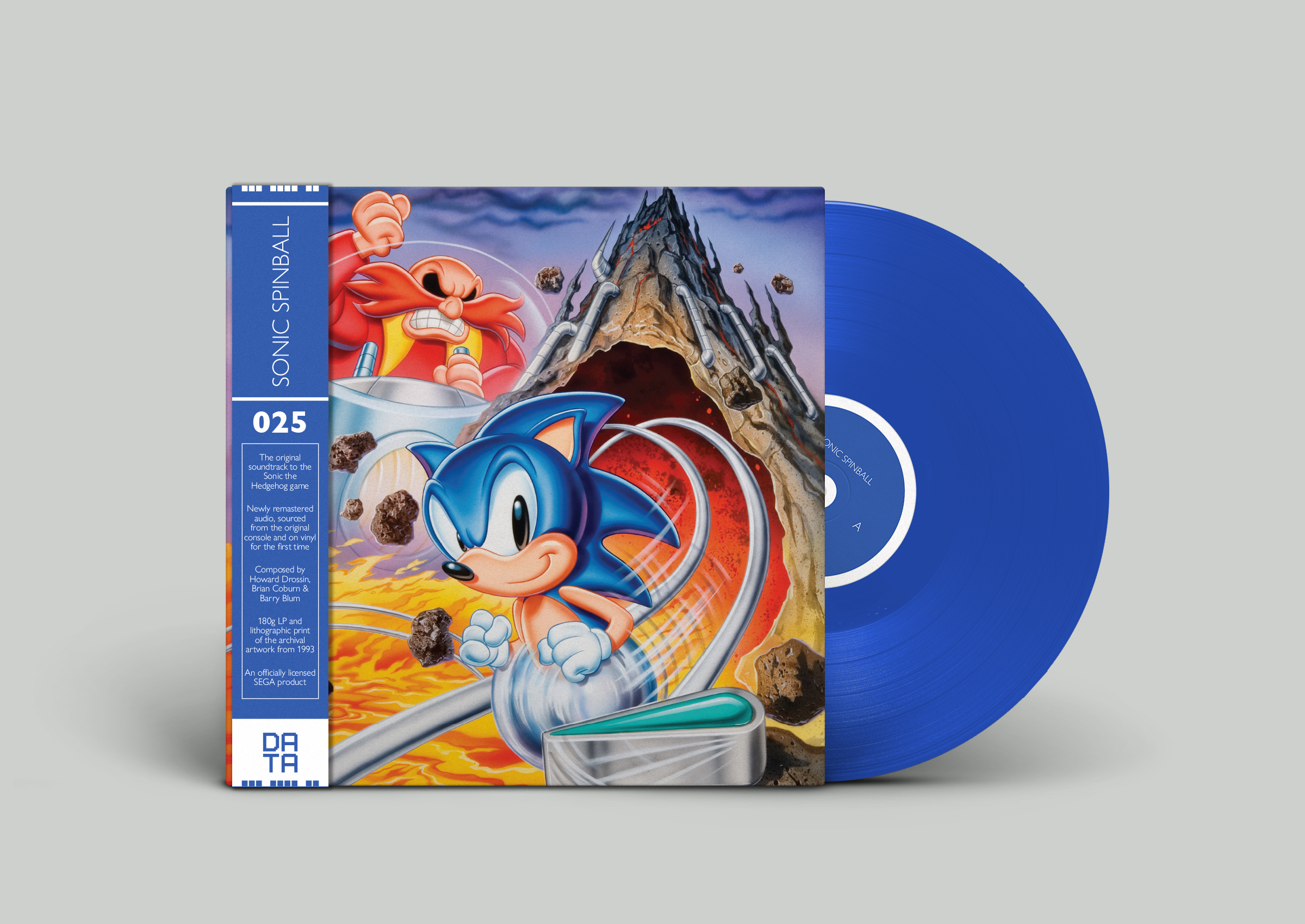 Released in partnership with SEGA, Data Discs is proud to announce the debut vinyl edition of Sonic Spinball. Originally released in 1993 for the Mega Drive/Genesis console, Sonic Spinball was an ambitious hybrid of pinball and platforming and a significant departure from previous Sonic the Hedgehog games. This change of game style, along with the industrial- themed level designs, also inspired a very different kind of Sonic soundtrack. Composed by Howard Drossin, Brian Coburn and Barry Blum from the SEGA Technical Institute in the USA (where the game was also developed), the music of Sonic Spinball is suitably darker, industrial and wholly unique for a Sonic game of the era.

Sonic Spinball is presented as a 180g translucent blue vinyl edition, remastered in-house and cut at 45RPM. The audio was sourced from a Japanese Mega Drive console, alongside archival files supplied by Sonic Team. It is packaged in a heavyweight matt laminated sleeve and accompanied by a lithographic print of the classic cover art and an obi strip.