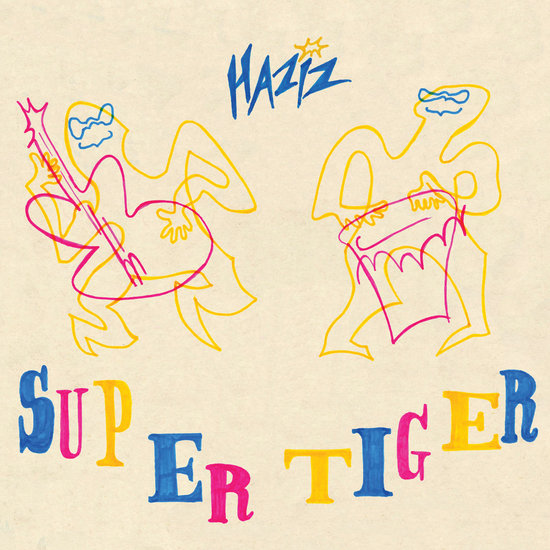 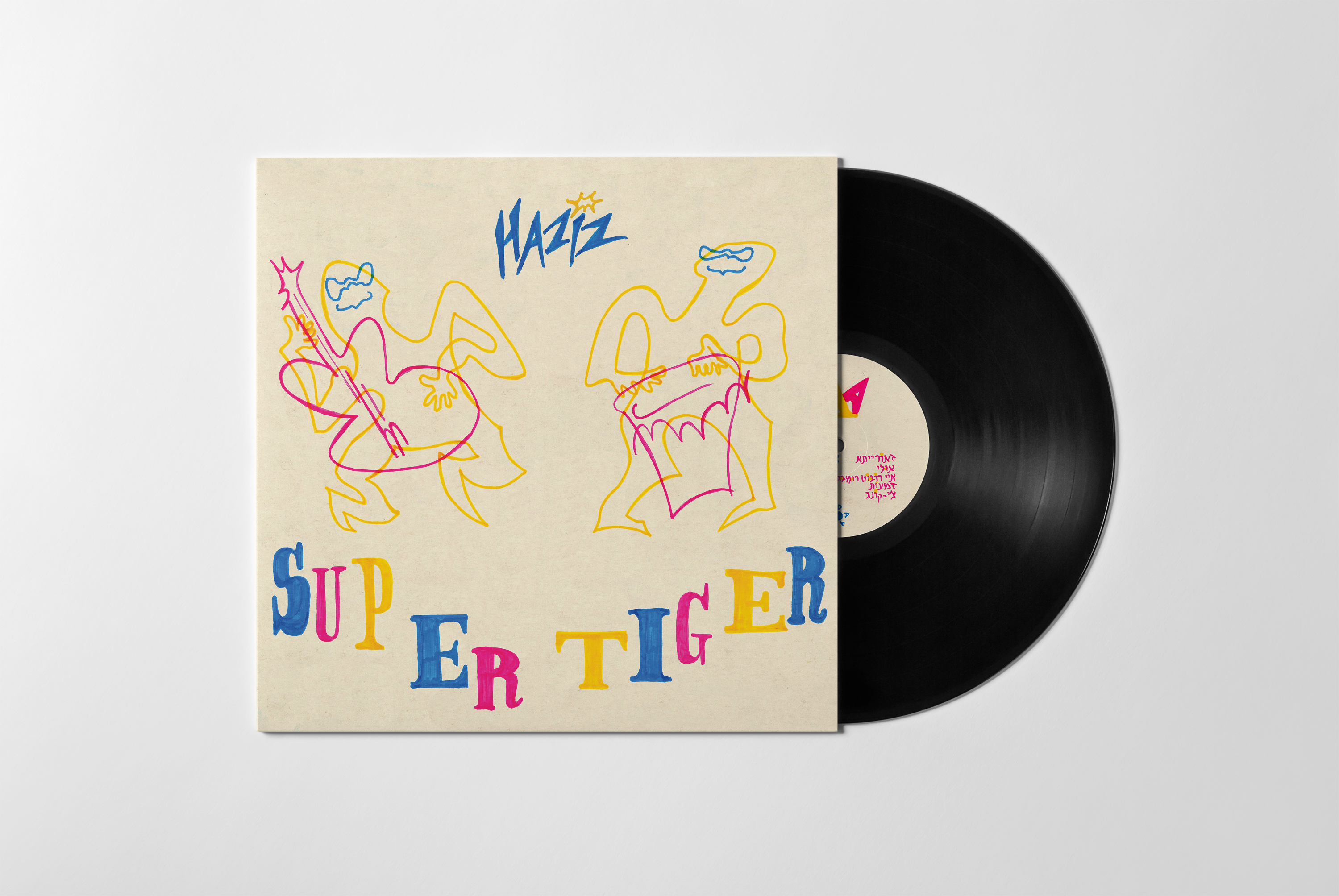 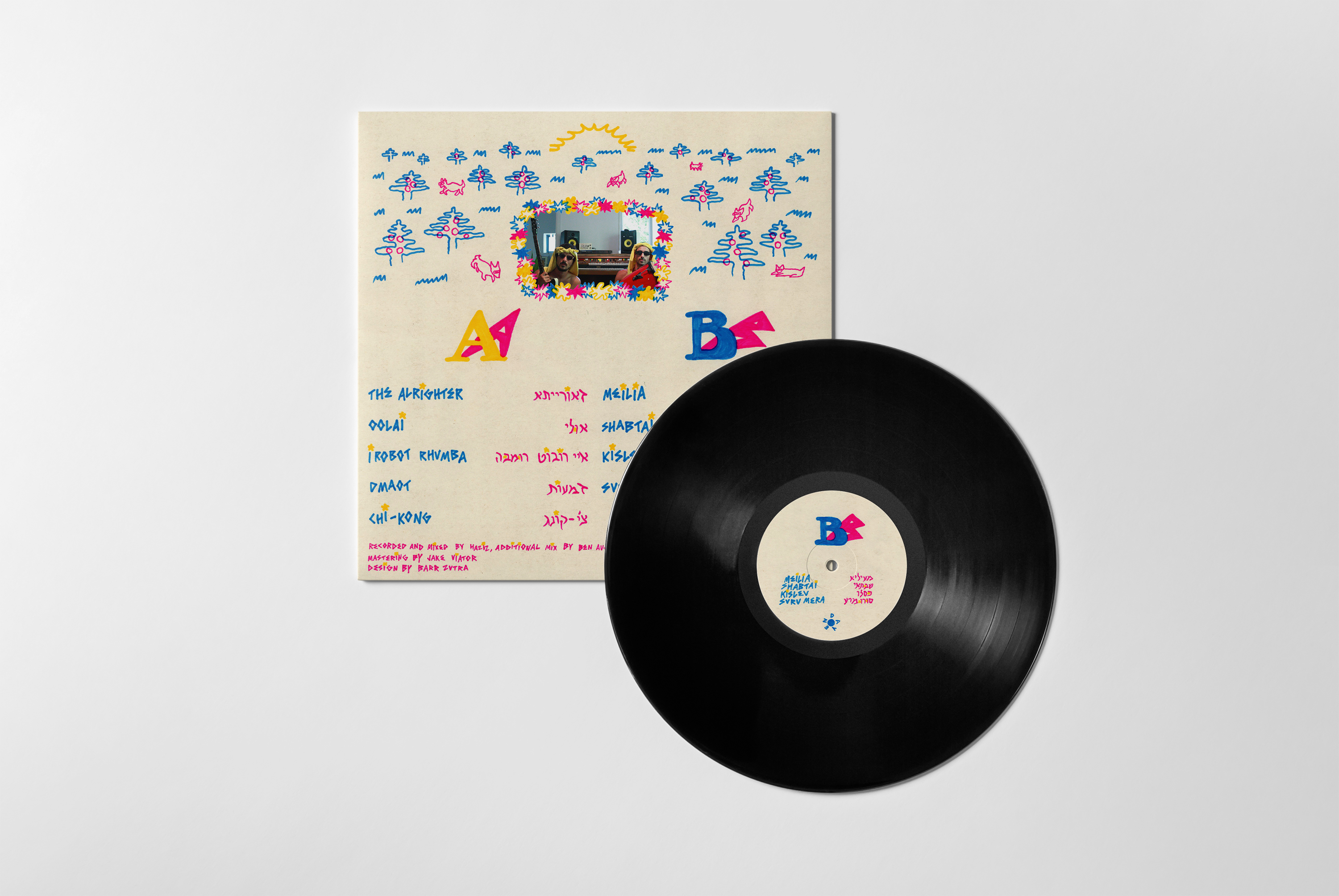 Haziz is the Hebrew word for thunder & lightning hitting simultaneously. On their debut full-length album Supertiger the Berlin based duo Haziz embodies the spirit of the word by exploring the boundaries of improvisational music.

Now based in Berlin, Dekel Adin and Omri Cohen first met working at a restaurant in Tel Aviv where they struck up a friendship bonding over some of their favorite records.

Adin has had a prolific run playing in various projects, including in Alice Phoebe Lou, strongboi, Hush Moss, as well half of the duo Ras and solo under the alias Daklis. Cohen’s expansive knowledge of music as a record collector, DJ and record store manager in Tel Aviv add to the project’s eclectic array of musical influences. After years working separately, the project finds the two complimenting each other intuitively. The sessions started simply and bloomed as time went on, usually starting with a beat coaxed from one of the duo’s drum machines, layered over with a bassline, percussion, and keys. “The live feel is something we really want to preserve and not have lost in the production process.”

They began recording Supertiger together at Cohen’s childhood home in the small hilltop village of Mitzpe Hila right as the COVID-19 pandemic forced a global shut down, and finished the recordings later at his rented apartment in Tel Aviv. The initial sessions were secluded, and began with a long walk to the nearby Nahal Kziv river. Using two shopping carts the duo borrowed the local synagogue’s Electone B-805 double decker organ, rolled it down the hill to Cohen’s home and set up a makeshift studio. The second session happened during a 10 day lockdown due to mandated stay-at-home orders, so they filled the house with food, cables, guitars, drum machines (Rhythm Ace FR-6), keyboards (Yamaha DX7ii, CS-15, PSR 380, Oberheim Matrix 1000), percussion instruments (congas, drums, darbuka), a Fostex 8 track tape recorder and got to work. “We were very much in our own world, listening and recording music all day long,” Cohen says.