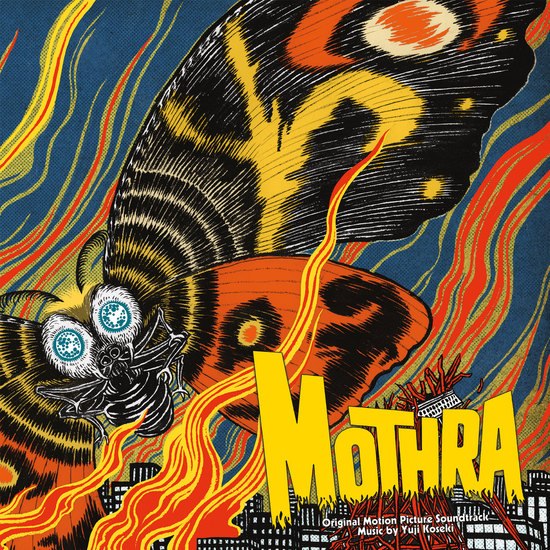 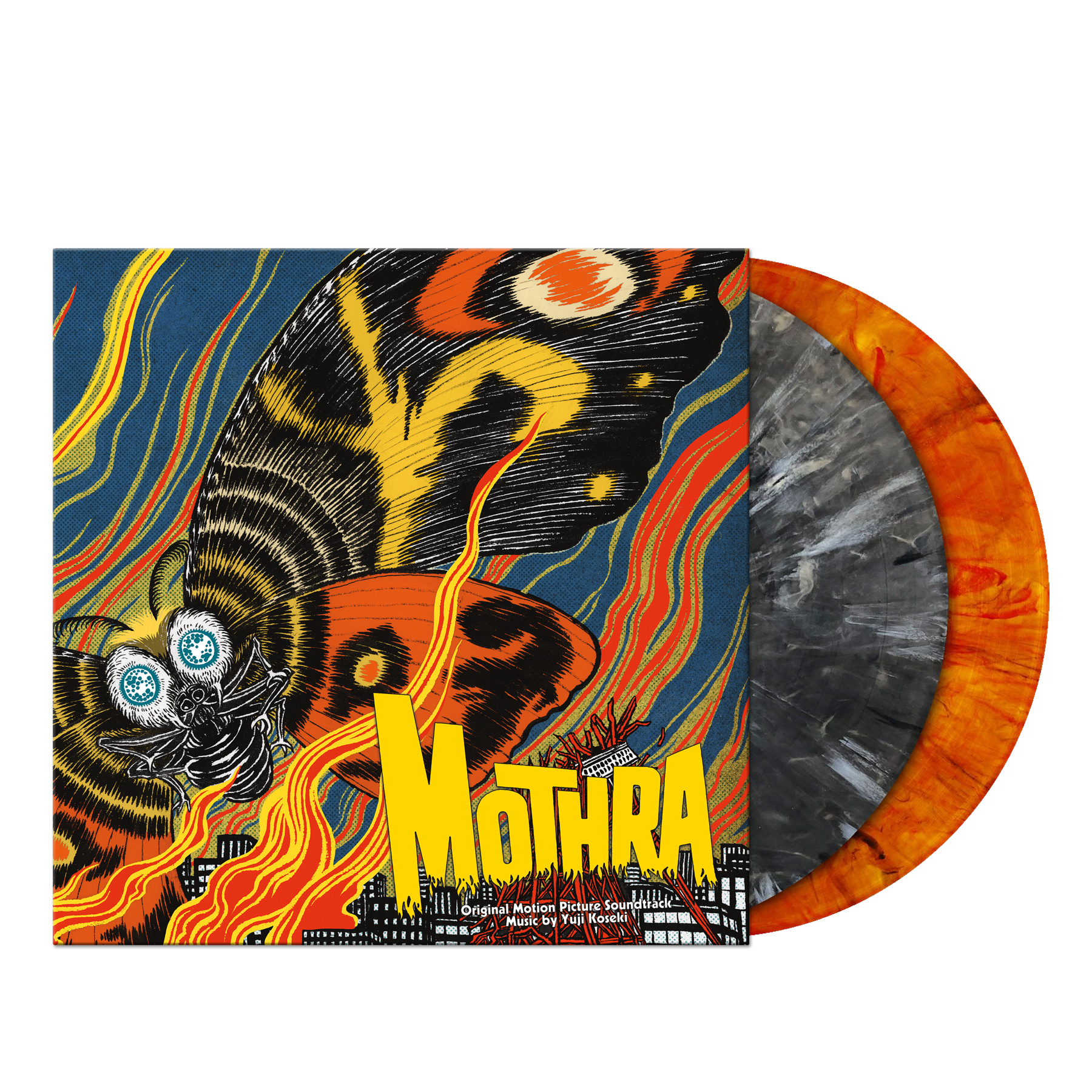 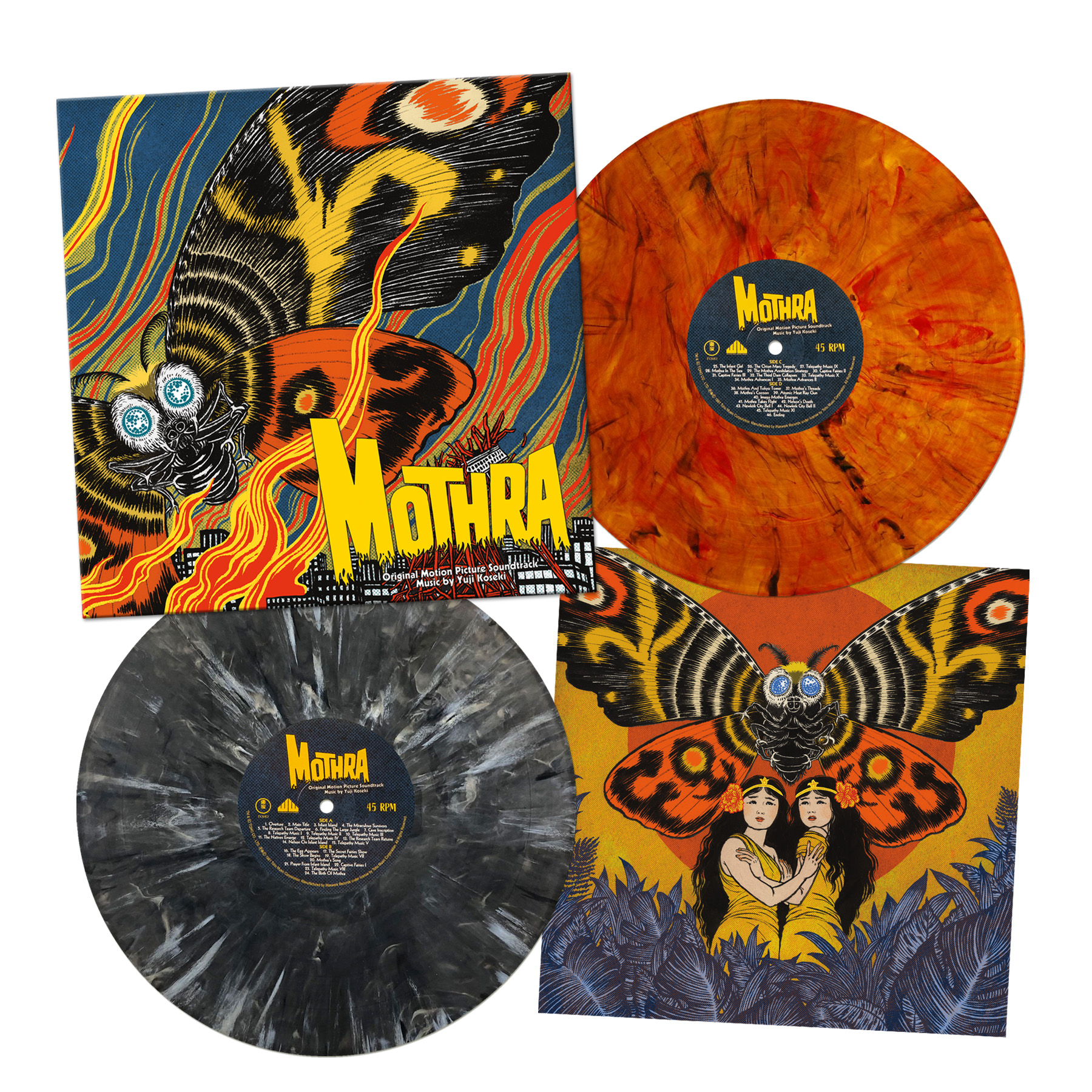 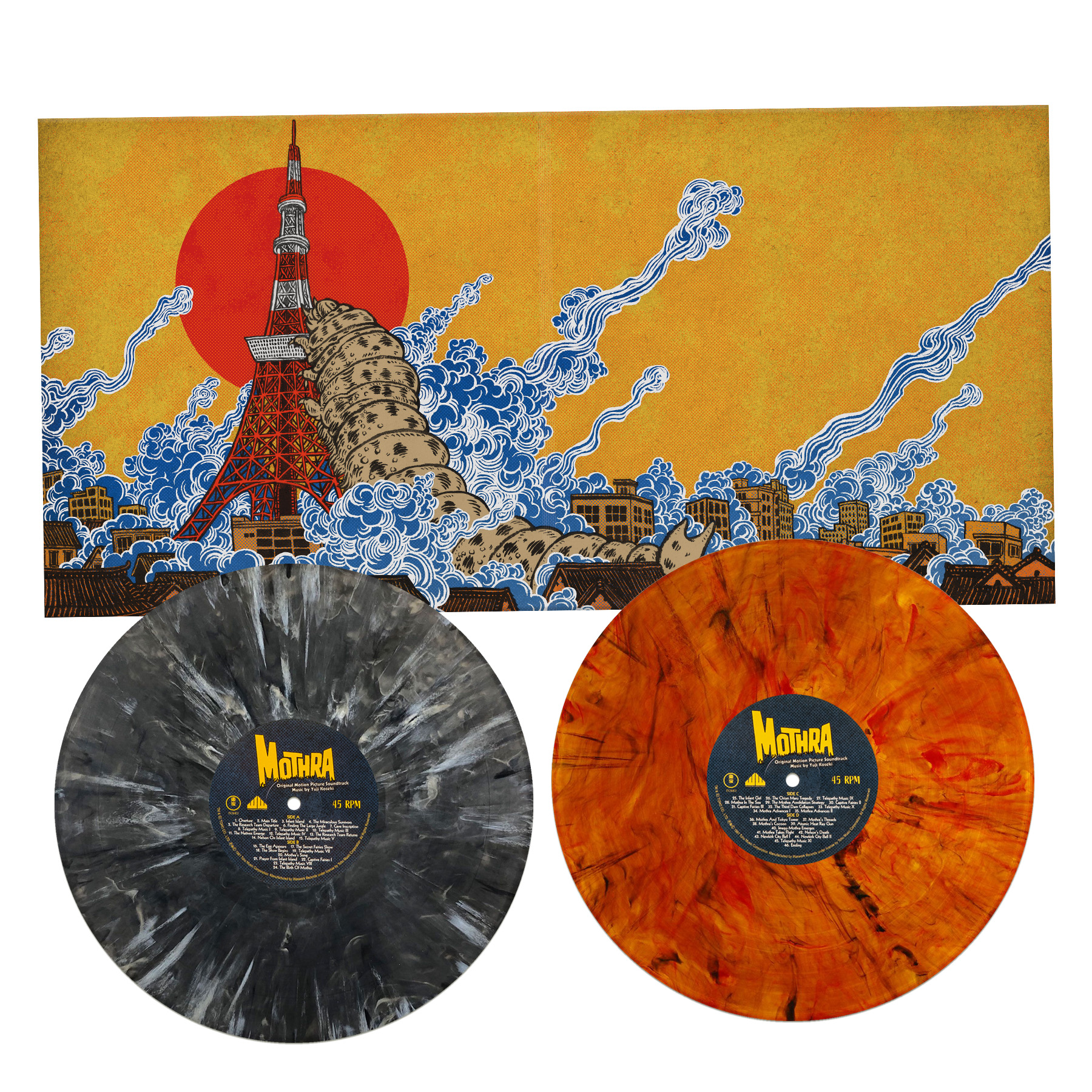 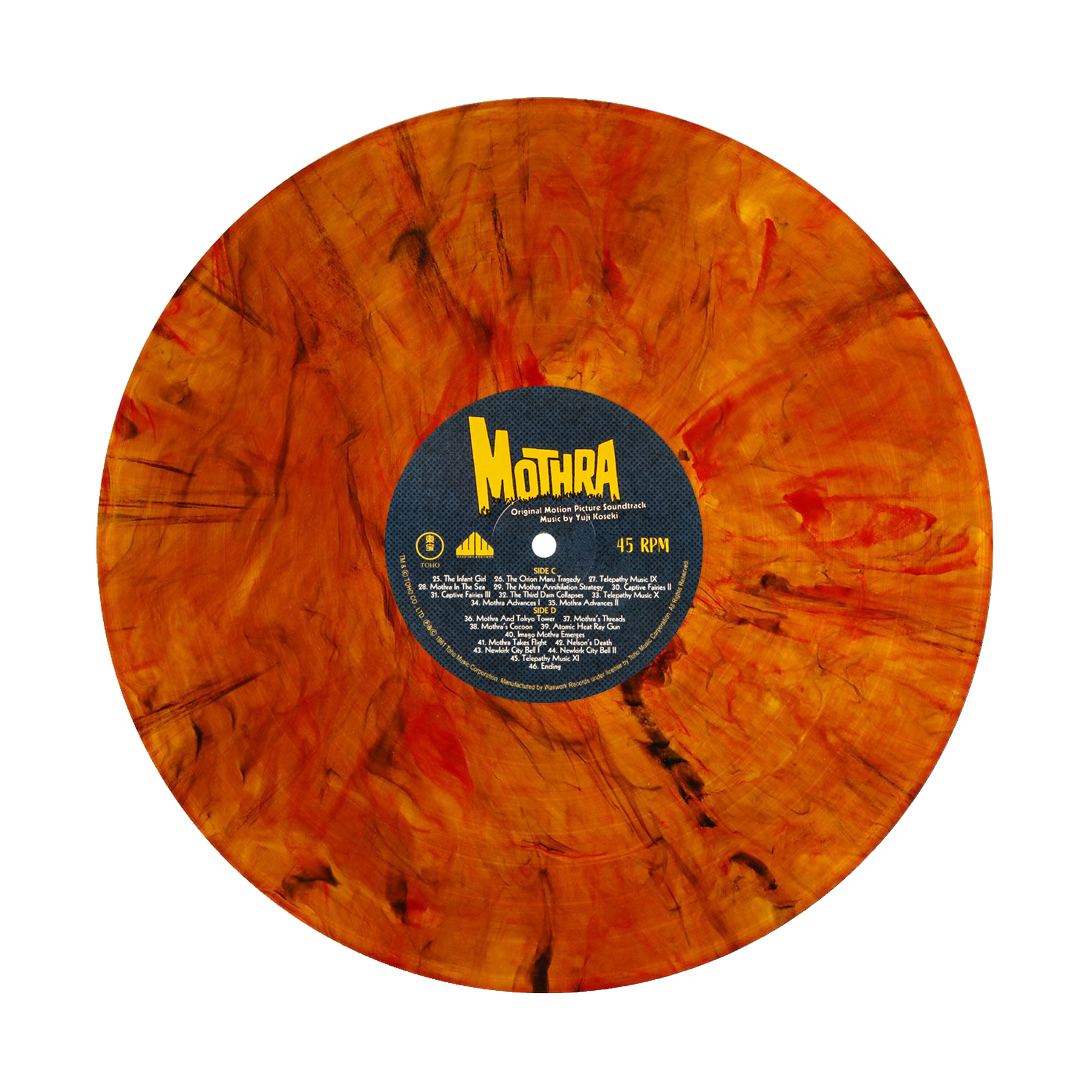 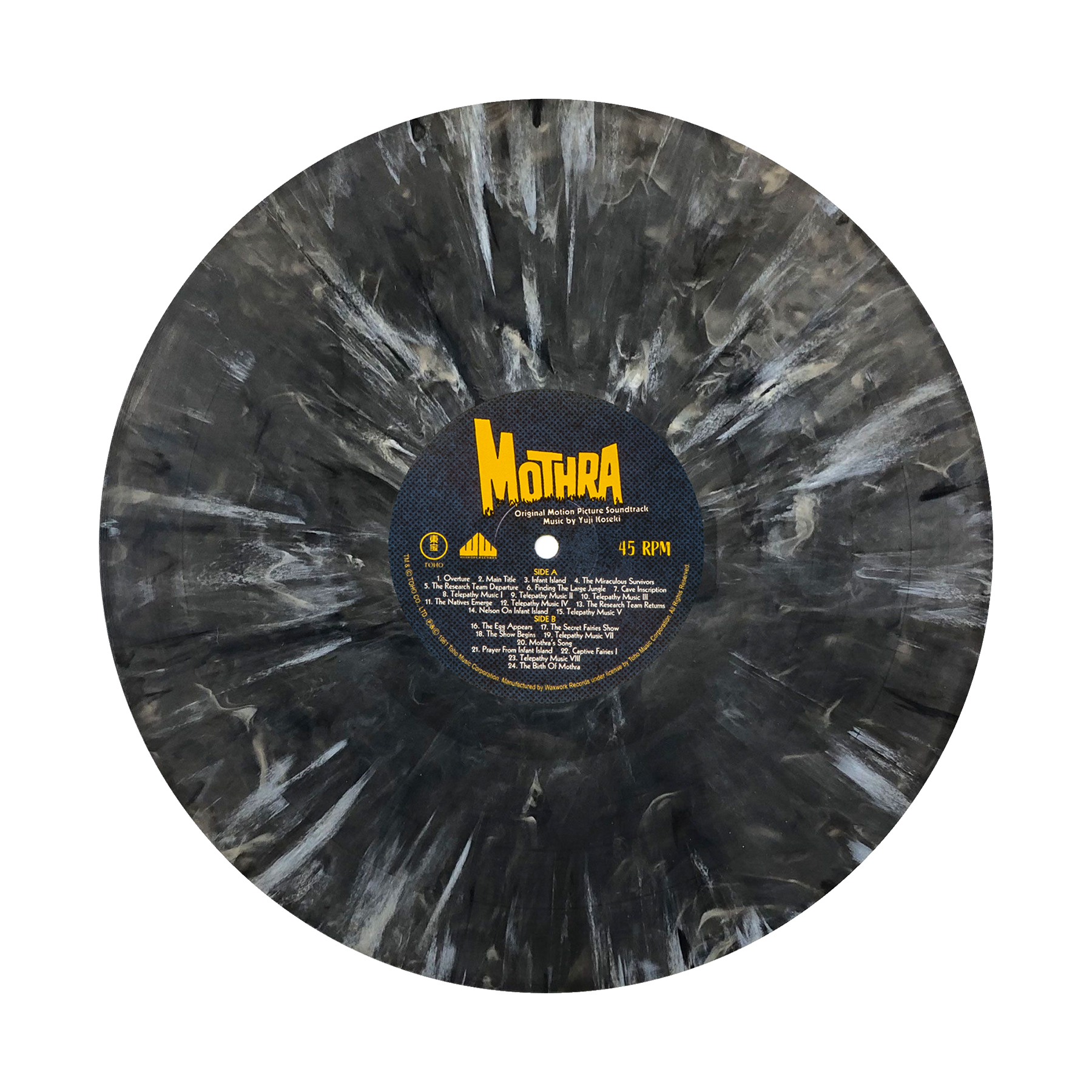 Waxwork Records is honored to present MOTHRA Original 1961 Motion Picture Soundtrack by Yūji Koseki. MOTHRA is the very first of many TOHO films to feature the Queen of the Monsters. The plot follows an exploitative businessman who kidnaps the Shobijin, a pair of tiny twins played by Yumi & Emi Ito, from Infant Island. He forces them to begin performing as singers in a sideshow attraction. What he doesn’t know is that the twins have a psychic connection to the God of Infant Island, Mothra, the colossal winged Kaiju monster. Mothra is summoned and wreaks havoc in order to protect her people, making her the only morally righteous Kaiju in the Monsterverse.

The score by Yūjui Koseki features booming orchestral pieces that accompany Mothra in her mission to protect her people countered by waves of clairvoyant and electronically performed compositions including sci-fi sound effects. Sprinkled throughout the score, The Peanuts sing ballads to their beloved winged Kaiju, recognized by their iconic vocal doubling.

Waxwork’s MOTHRA double LP album marks the very first time that the complete original soundtrack has ever been released on vinyl, anywhere. We are honored to present this release in close collaboration with TOHO to celebrate the the historical significance of one of the most popular Kaiju monsters who is second only to Godzilla in her number of appearances!