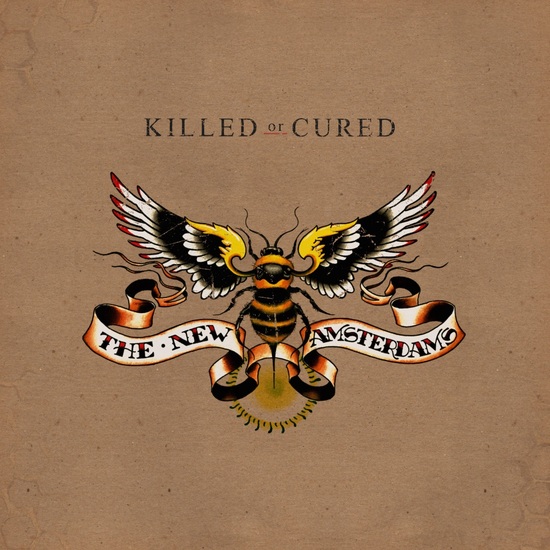 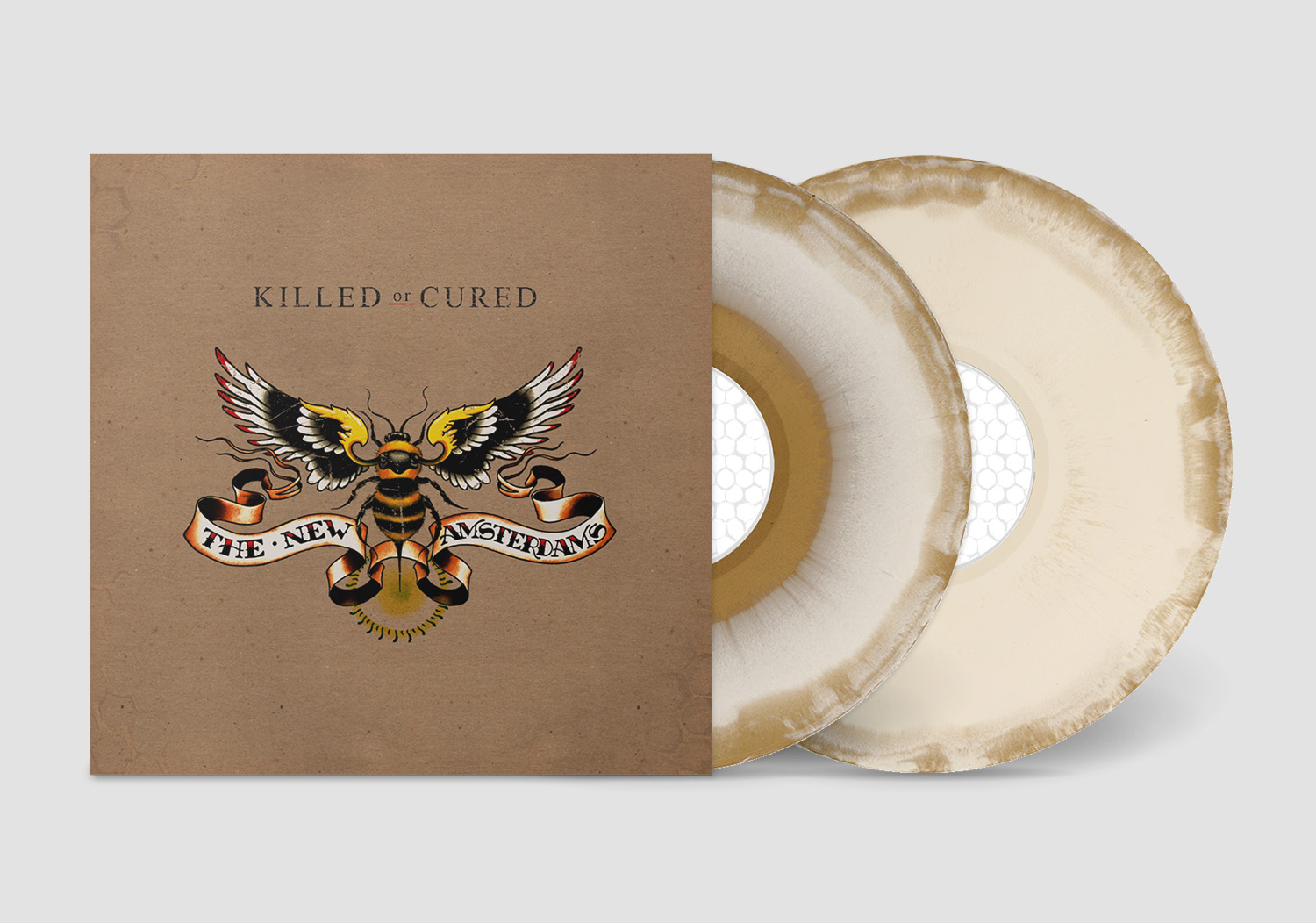 Lost in Ohio is pleased to announce a deluxe vinyl reissue of The New Amsterdams’ landmark 2007 album Killed or Cured. The brown & white double vinyl release is housed in a stunning gatefold jacket with refreshed artwork from original designer Matt Doyle and remastered for vinyl by Michael Fossenkemper.

In 2003 Matt Pryor (The Get Up Kids) started working on a new concept album which would feature a diverse array of musicians, with a different lineup of contributors on each track. Basic recording began briefly in 2004, just before Pryor left to tour in support of The Get Up Kids’ album Guilt Show. Recording continued later in the year, now with a focused group of contributors: Bill Belzer, Eric McCann and Ed Rose (who also engineered the record). The new lineup finished recording Killed or Cured by September and it was ready for release. The Get Up Kids, who had recently disbanded, decided to go on a farewell tour, scheduled for the following summer. Vagrant Records was hesitant to release a New Amsterdams record until after the tour, feeling it would complicate marketing efforts.

With their album release on hiatus, The New Amsterdams formally became a four-piece band, playing shows in and around their hometown of Lawrence, Kansas. By the time The Get Up Kids’ tour was finished in July 2005, the Amsterdams were writing new material that took them in a different musical direction. Killed or Cured was shelved indefinitely, and the band released five songs from the album for free download on their website. The band focused their efforts on the new music they were writing, which would become the album Story Like a Scar.

A year later, the band revisited the unreleased album and its sparse and somber tunes. As The New Amsterdams were now a proper band, no longer a solo project, they went back into the studio and recorded brand-new versions of each song. Both versions of the album were packaged together as a two-disc release. The two renditions of the songs contrast nicely, showcasing both the strength of Pryor’s songwriting and the capabilities of the full band to transform the collection into something new.

The album has remained a favorite for fans of the band and critics alike, with Alternative Press calling it “one of the band’s best efforts yet.” Hometown publication Lawrence.com agrees and notes, “if you’ve ever intensely missed home and family you’ll relate to this sincere, open-hearted collection."