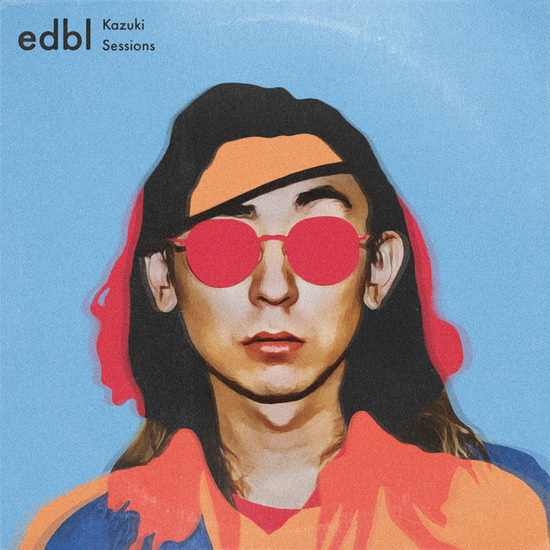 South London’s hottest young producer, Ed Black, known around the world as edbl, has teamed up with session legend and Youtube guitar sensation (his cover of Just the Two of Us has amassed over 5.5 million views!) Kazuki Isogai to create the perfect modern soul album!

As the first chords on album opener “Worldwide” warble, and Kazuki’s twinkling guitar starts to play, you can almost picture the two musical masterminds sitting across from one another, smiling as they recognize a riff or chord shape. It’s almost impossible to imagine that this album was created by two musicians on opposite sides of the world, in the middle of a pandemic. Their chemistry is undeniable, as Kazuki’s jazzy, slinky guitar solos dance across beats created by the singular talent that is edbl. Yet, tracks like “Lemon Squeezy” show just how adaptable Kazuki is, as he backs down, letting “Nostalgia” (from South London Sounds) vocalist Taura Lamb take the spotlight. A riff here, and a reverb-drenched lick there is enough to showcase Kazuki’s talent, elevating edbl’s mellow beats to a whole new level.

Kazuki’s sweet guitar, and edbl’s soulful, mellow beats. What more could you possibly want? Don’t miss the long-awaited collaboration between two of modern soul’s most talented musicians, available on limited edition vinyl, only from P-VINE Records.