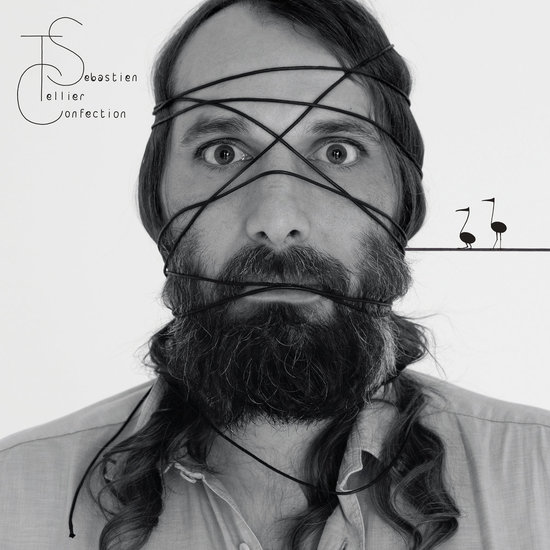 Apart from one song, ‘Confection’ is an entirely instrumental piece that Sébastien conceived like a motion picture score. Several romantic musical themes are showcased in different versions, orchestral or acoustic. Their sequence brings the listener on a succession of subtle climaxes, creating powerful emotions and leaving room for fantasized images.

The recording session of ‘Sessions’ was definitely old-school, as decided by the maestro. The very team which helped Tellier create his cult classic song ‘La Ritournelle’ 7 years ago was reunited for the occasion: Tony Allen, of Fela fame, on drums, Rob, keyboardist for Phoenix, Emmanuel d’Orlando on string arrangements, and Philippe Zdar mixed the record. He is also responsible for mixing albums for Phoenix, Cat Power, Beastie Boys, or Kindness and part of Cassius.

The album artwork and ‘L’amour naissant’ video are from Jean-Baptiste Mondino.

‘Confection’ is an album as close as possible to Tellier’s soul, a testimony of his deep musical skills. It showcases his outstanding composer talent as rarely before, reminding of his early albums such as ’L’incroyable vérité’ or ‘Politics’. ‘Confection’ is a love letter for a film that doesn’t exist yet…