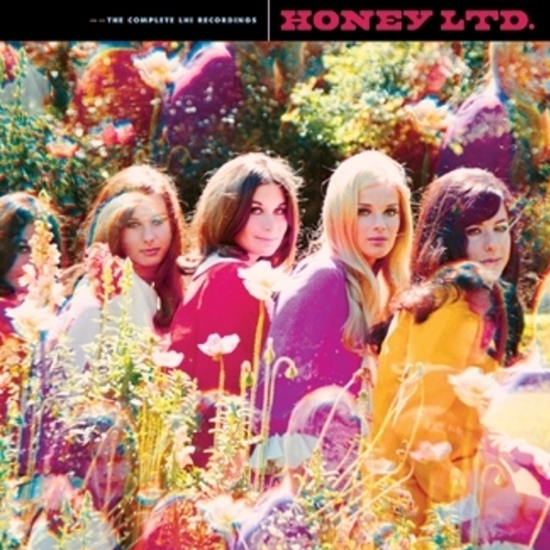 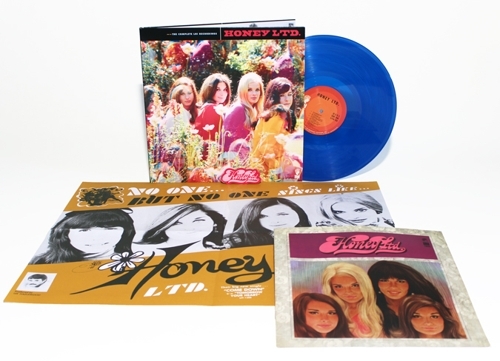 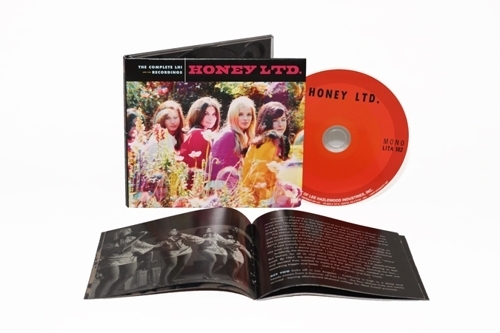 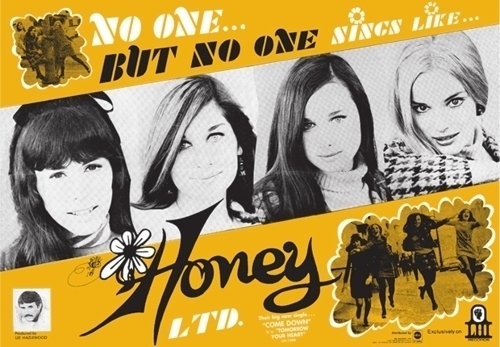 Lee Hazlewood’s LHI label only put out interesting albums. Yet despite the psychedelic cowboy’s success with Nancy Sinatra and more, being on Lee Hazlewood Industries was no fast-track to success. Gorgeous and talented Detroit, Michigan girl group Honey Ltd had all the makings of a hit band, yet they disappeared after releasing just one album in 1968, a vinyl rarity that now regularly fetches upwards of $2,000.

Light In The Attic Records is now looking to set the record straight. Having previously explored both the back catalog of Lee Hazlewood and his LHI label via the You Turned My Head Around 45s Box Set, Honey Ltd’s The Complete LHI Recordings presents everything the group ever recorded. Fans of The Ronettes, The Shangri-Las and Pentangle are in for a treat – Honey Ltd’s music blended social commentary with harmony-drenched, psych-soul pop. Even opening track, ‘Warrior’, describes the mood of the times, as America sunk into the Vietnam war: “We must kill more people; strong men are what we need!"

Laura Polkinghorne, Marsha Jo Temmer and sisters Joan and Alexandra Sliwin are the girls with the angelic voices. Hailing from Detroit, the four members of Honey Ltd grew up in a culture of soul music and dance shows, yet forming a band was never part of the plan. It simply happened after they sung together in a Wayne State University cafeteria and found they’d silenced the room. By 1967 they had formed a group known as the Mama Cats and were playing shows with local singer Bob Seger. By 1968, against a backdrop of rioting in Detroit, they’d hauled over to Los Angeles to give music a go, and it’s there that they hitch-hiked to an audition with Lee Hazlewood on Sunset Boulevard. At the time, Lee Hazlewood Industries was in its prime: the money flowed and the roster swelled. “I think Lee just sat there for a while and listened, looking at us,” Temmer recalls. “He said, ‘Yeah, I think we can do something.’ You know – immediately!” Before long, LHI had the band in the studio with crack session music unit The Wrecking Crew.

These were not enlightened times for girl groups. The group were re-named Honey Ltd by Hazlewood, and were put to work on an album without even realizing it. The band were under the impression they were simply recording singles. As a result, the band were unphased by Honey Ltd’s commercial failure.

The parent label, however, did notice the album’s failure but the girls continued on. By the end of 1968, the band joined Bob Hope on the USO tour and headed to Thailand to perform for soldiers. In 1969, Alex married and quit the band, their tenure on LHI was effectively terminated and the remaining members regrouped as country-rock group Eve. But like their music, the girls’ outlook remained resolutely sunny.

“Its all a karmic equation, isn’t it?" Temmer recalled. “So many things to experience and learn and humbly let go of in this journey. Our friendship is based on love – we love each other… always have… always will.”