He Lei Aloha No Mī Nei 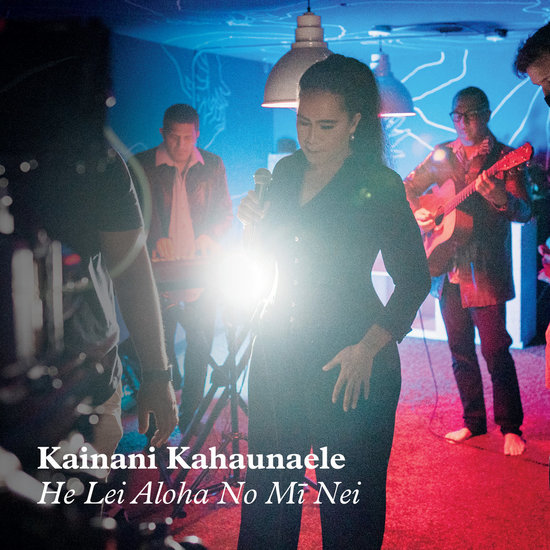 He Lei Aloha No Mī Nei

A Sade-inspired take on Hawaiian music, Kainani Kahaunaele’s “He Lei Aloha No Mī Nei” melds the beauty of the Hawaiian language with a heavenly R&B groove.

Reminiscent of Nohelani Cypriano’s “Lihue” — the 1979 cult classic that expanded the sound of Hawai‘i with its unexpectedly funky, tropical flavor — “He Lei Aloha No Mī Nei” charges forward into the 21st century with the same spirit. Kainani’s gentle voice and lyrics float across shimmering vocal arrangements and soft touches of piano, accompanied by tasteful drum programming, acoustic guitars swaying like palms against the calming warmth of the bass line.

Known throughout Hawai‘i as one of the archipelago’s greatest advocates of the native Hawaiian language, ’Ōlelo Hawai’i, the singer, songwriter and educator finds music is one of her best methods for perpetuating the language. “I have to be the example that Hawaiian is a living language that you can apply in all facets of your life,” she told the University of Hawai‘i at Hilo in a 2021 interview.

As the closing track on her award-winning album, Waipunalei, “He Lei Aloha No Mī Nei” stands out from the rest of the album with its modern R&B style. Instead of composing in a familiar “cha-lang-a-lang” style, Kainani and her collaborators deliberately placed the song, or mele, outside the box of what might typically considered “Hawaiian music”. For Kainani, mele is rooted in the lyrics, which come from a Hawaiian worldview. “To me, that’s the most important part. And when that part is set, there really is no limit to what kind of music you can put around it to support the mele.”With “He Lei Aloha No Mī Nei”, she achieves that with a shining example for generations past and present to carry the Hawaiian language into the future.

Pressed to 7-inch vinyl and housed in a full color jacket with full color labels. The B-side of this release offers the instrumental version as a mahalo, or thank you, to the talents and strengths of Kainani’s collaborators, Shawn Kekoa Pimental, Michael Grande, and Kale Chang.