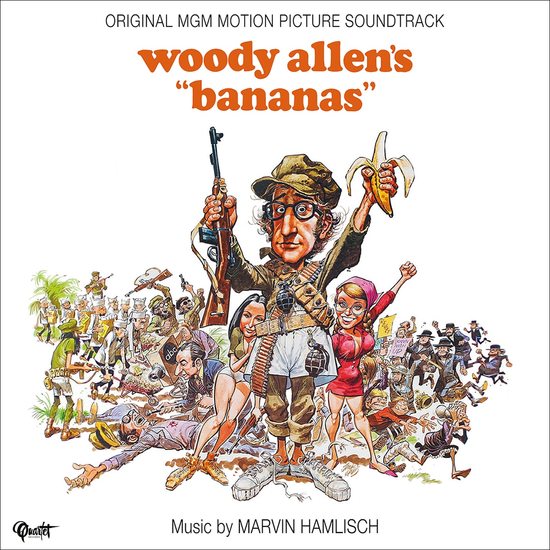 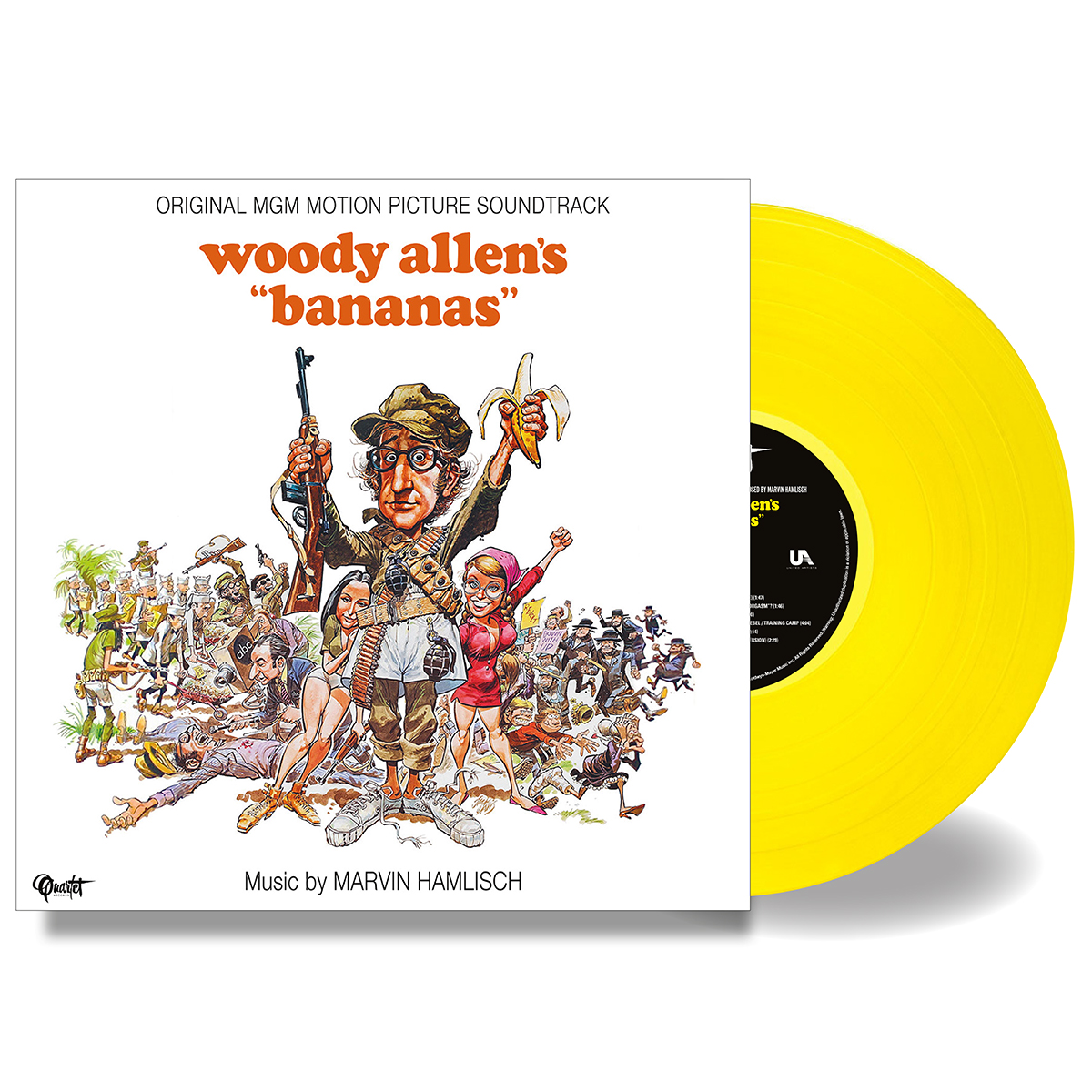 Quartet Records, in collaboration with Metro-Goldwyn-Mayer, presents the premiere vinyl release of the infectious score by Marvin Hamlisch (THE WAY WE WERE, THE SPY WHO LOVED ME, SOPHIE’S CHOICE) for Woody Allen’s hilarious classic BANANAS (1971)

The second film directed by Allen was a crazy comedy about a bumbling New Yorker who is dumped by his activist girlfriend and travels to a tiny Latin American nation where he becomes involved in its latest rebellion. As with his previous film, TAKE THE MONEY AND RUN, it’s a film based more on non-stop gags than on plot. Both were huge successes that launched one of the most prolific and unique careers of the last five decades.

As with TAKE THE MONEY AND RUN, the score was composed by the talented Marvin Hamlisch, two of the rare occasions that Allen has used original music for any of his films. Hamlisch provides one of his most elaborate and memorable comedy scores. It gives us fresh, dynamic catchy tunes dominated by Caribbean rhythms – including a beautiful love theme, some action music, ironic suspense cues and two memorable songs: “Quiero la noche” and “Cause I Believe in Loving”

This limited LP edition, pressed on audiophile 180 GM yellow banana vinyl, features all the music written by Hamlisch for the film in beautiful, pristine stereo. It has been specially mixed, restored and mastered for vinyl by Chris Malone.