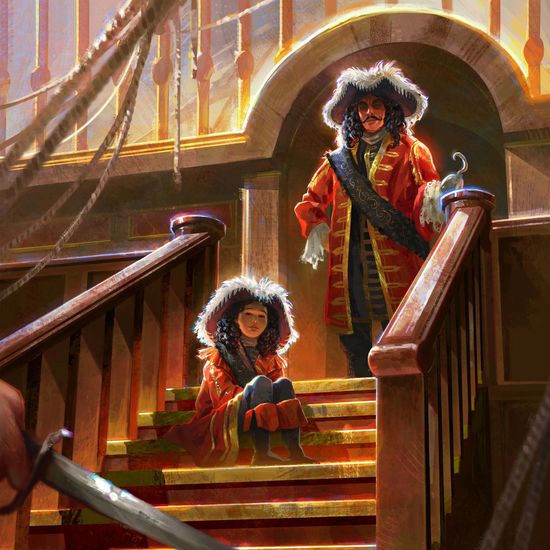 Mondo is proud to celebrate the 30th anniversary of Steven Spielberg’s HOOK, with a re-issue of John Williams’ beautiful and brilliant original score on vinyl.

A maestro of some of the most iconic and memorable film themes in the history of the medium, John Williams’ take on the legendary pirate and his greatest foe is worthy of his storied career – as if the man who made us believe Superman could fly couldn’t do the same for Peter Pan. But this score is truly singular – from Swashbuckling and epic symphonic motifs of Never Never Land, to the adult contemporary jazz of the real world, to twinkling lullabies – the soundtrack to Hook is a fantastical feast for the senses.