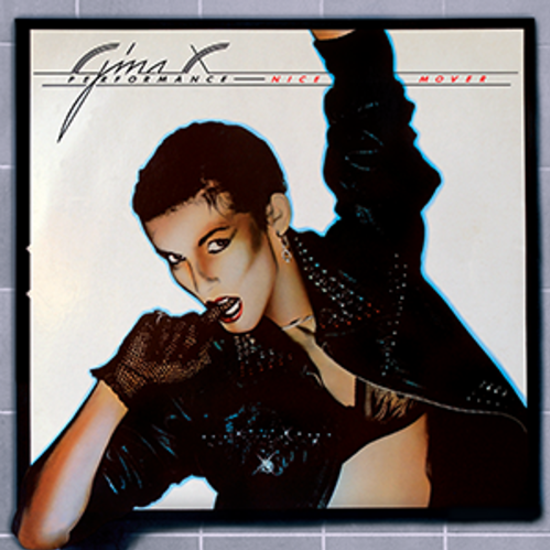 Medical Records is proud to present the quintessential first album by Gina X Performance. Gina X Performance was composed of the charismatic Gina Kikoine (vocals/lyrics) along with famous German producer/musician Zeus B. Held and backing band. Released in 1978 on various labels including EMI, “Nice Mover” has been out of print on vinyl format since 1980. Zeus B. Held has previously worked with the band Birth Control and has recorded multiple solo albums as well. “Nice Mover” has been an internationally regarded electro/disco record with various tracks appearing on compilations throughout the years (e.g. Andrew Weatherall’s “Nine O’Clock Drop”). The track “No G.D.M.” (a tribute to famous gay actor/writer/personality) was a club hit on both sides of the Atlantic and remains a commonly heard track on better DJ sets to this very day. It is made up of an infectious slow driving disco-esque beat with perfectly aligned and arranged synth accompaniments. Gina’s unmistakable and truly unique vocals and lyrics set this record apart from its contemporaries. Tackling controversial subject matter such as transgenderism, exhibitionism, and other fetishes , this record has left a deep mark on the history of new wave and electro/disco. The title track “Nice Mover” is a cosmic sequenced synth hit and also has appeared on various compilations. The bouncing “Be A Boy” is a high energy dancefloor cutter that illustrates the internal thought processes and daydreams of a female longing to become a male. “Black Sheep” continues this theme and is a very catchy number with bonus sheep sounds to keep it interesting… The closing track “Tropical Comic Strip” starts off with peaceful cricket samples and piano and builds into a bombastic production that is a fitting close to the record. Master recordings provided by Zeus B. Held and remastered by Lafayette Masters, Freiburg. Officially licensed from Mr. Held (KGBeat Productions) directly.

This is a seminal work of electro/disco/wave and is essential for fans of late 70’s wave-synth-disco crossover and the like. Original reproduction artwork is preserved on the front (one of the best record covers of the entire scene) and back.