The Whole Enchilada: The History Of Desert Rock 1976 94 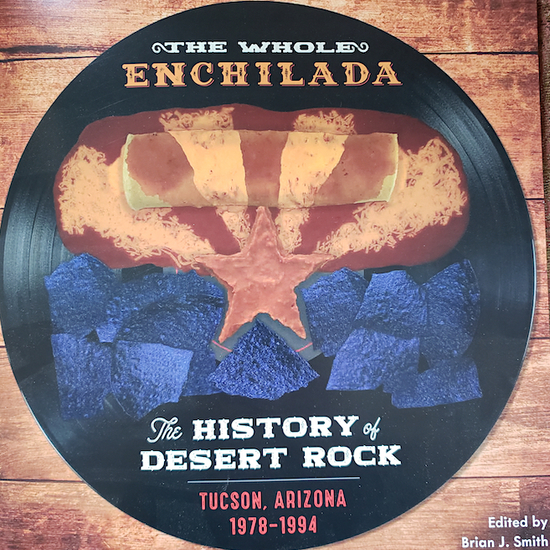 The Whole Enchilada: The History of Desert Rock 1976-94

From the mind of Rich Hopkins, co-founder and guitarist of the Sidewinders/Sand Rubies and one of Arizona’s most accomplished rock ’n’ roll exports, comes THE WHOLE ENCHILADA: The History of Desert Rock 1976-1994. This whopping three-LP + 70-page book + access to film multi-media set, a who’s-who anthology of Tucson, Arizona’s musical trailblazers — and its woefully overlooked — arrives in April from the San Jacinto label.

Painstakingly compiled, THE WHOLE ENCHILADA is a veritable Tucson musical family tree, leading us from from the mid-1970s through the mid-1990s, from the swoony Bob Meighan Band and the honky tonk of the Dusty Chaps (both whom signed to major labels in the 1970’s) to international indie giants Green On Red (Serfers), Howe Gelb’s pre-Giant Sand 1970s electro-rock band Giant Sandworms, Naked Prey, Al Perry and The Cattle — as well as Desert Rock breakouts The Sidewinders, Yard Trauma, Black Sun Ensemble, and many more.

Accompanying the three-record set is a 70-page companion book with rare photos, obscure histories and anecdotes, and dozens of biographical essays by many of the artists themselves, plus others by writers, journalists, photographers and deejays, placing the reader centerstage at Desert Rock’s halcyon days — compiled by Tucson natives Brian Jabas Smith and Douglas “Fini” Finical.

In addition, this set includes a code that allows fans to view the 30-minute Whole Enchilada documentary, featuring a handful of stars and coulda-shouldas who are included in the LP/book project, helmed by film-fest winning director Maggie Smith.

For those familiar with the era and area, one listen will recall the tangy scent of monsoon-drenched mesquite trees; dark, top-down drives to Mexico; the murky interiors of neglected old-man-bars-turned-music-venues and all their jovial inmates.