Mine Mine Mind B/W Bloody Hammer 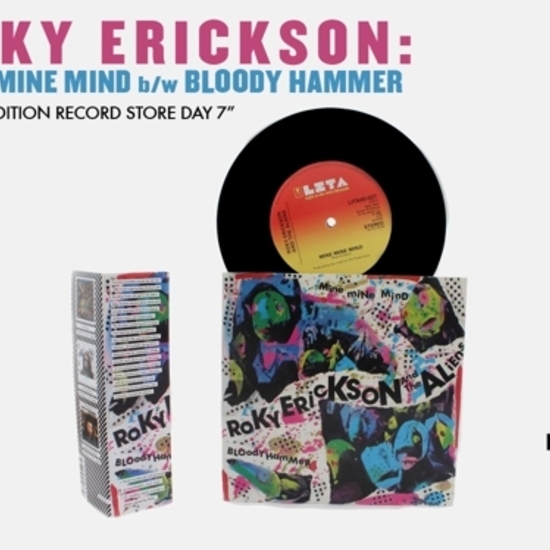 Mine Mine Mind b/w Bloody Hammer 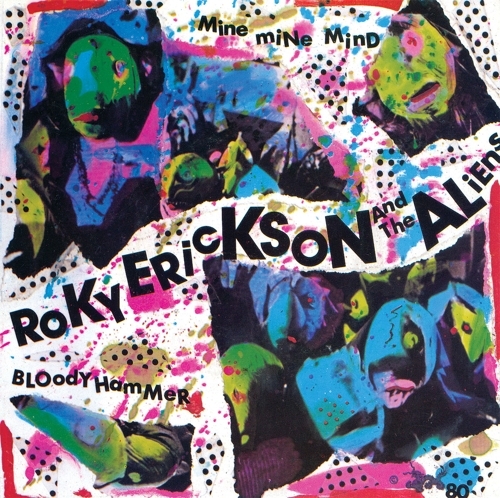 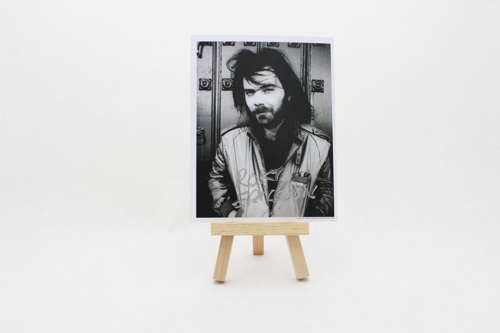 Record Store Day is big news at LITA HQ, and not least because this year it marks the start of another brilliant, major reissue campaign. To celebrate the forthcoming release of the first three solo albums by 13th Floor Elevators man Roky Erickson, there’s a faithful reissue of the snarling Mine Mine Mind 7", remastered from the original tapes.

Presented in an exclusive, hand-numbered edition, the single comes in an exact reproduction of the original picture sleeve and is pressed on psychedelic swirl vinyl, exactly as it should be.

Erickson was just 15 when he wrote “You’re Gonna Miss Me”, the song that epitomized the garage rock movement and inspired punks, rockers and noisemakers ever since. In another life, Erickson and his Austin-based band could have been as big as any of the ‘60s legends still making music today. But life took Erickson down a meandering path.

Indeed, he wound up writing “Mine Mine Mind” on his release from the Houston psychiatric hospital where he was institutionalized for almost a decade following a diagnosis with paranoid schizophrenia in 1968.

Erickson’s experiences in the hospital proved to be fertile inspiration for his music – on leaving, he formed the group Roky Erickson and The Aliens and channelled his experiences into the 1980 album The Evil One, from which “Mine Mine Mind”, with its disturbed lyrics about “goblins, demons and gremlins”, and B-side “Bloody Hammer”, is taken.

In the coming year, Light In The Attic will release a number of Erickson’s early solo masterworks, all expanded and lavishly packaged on CD, LP & Digital. Beginning with The Evil One, holding a lens to this unique artist beloved of Sonic Youth, Spacemen 3, Jack White and many more.