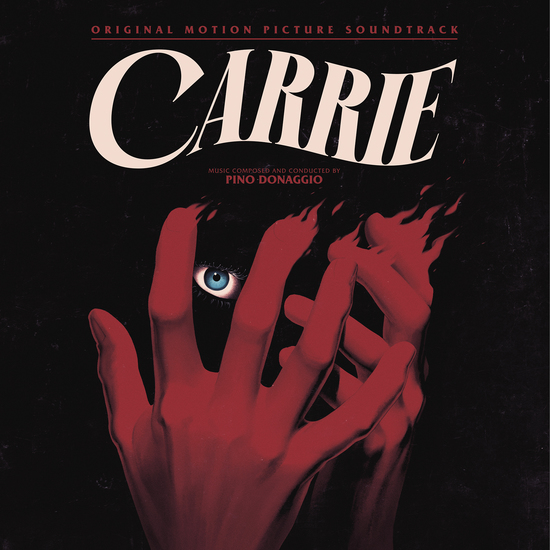 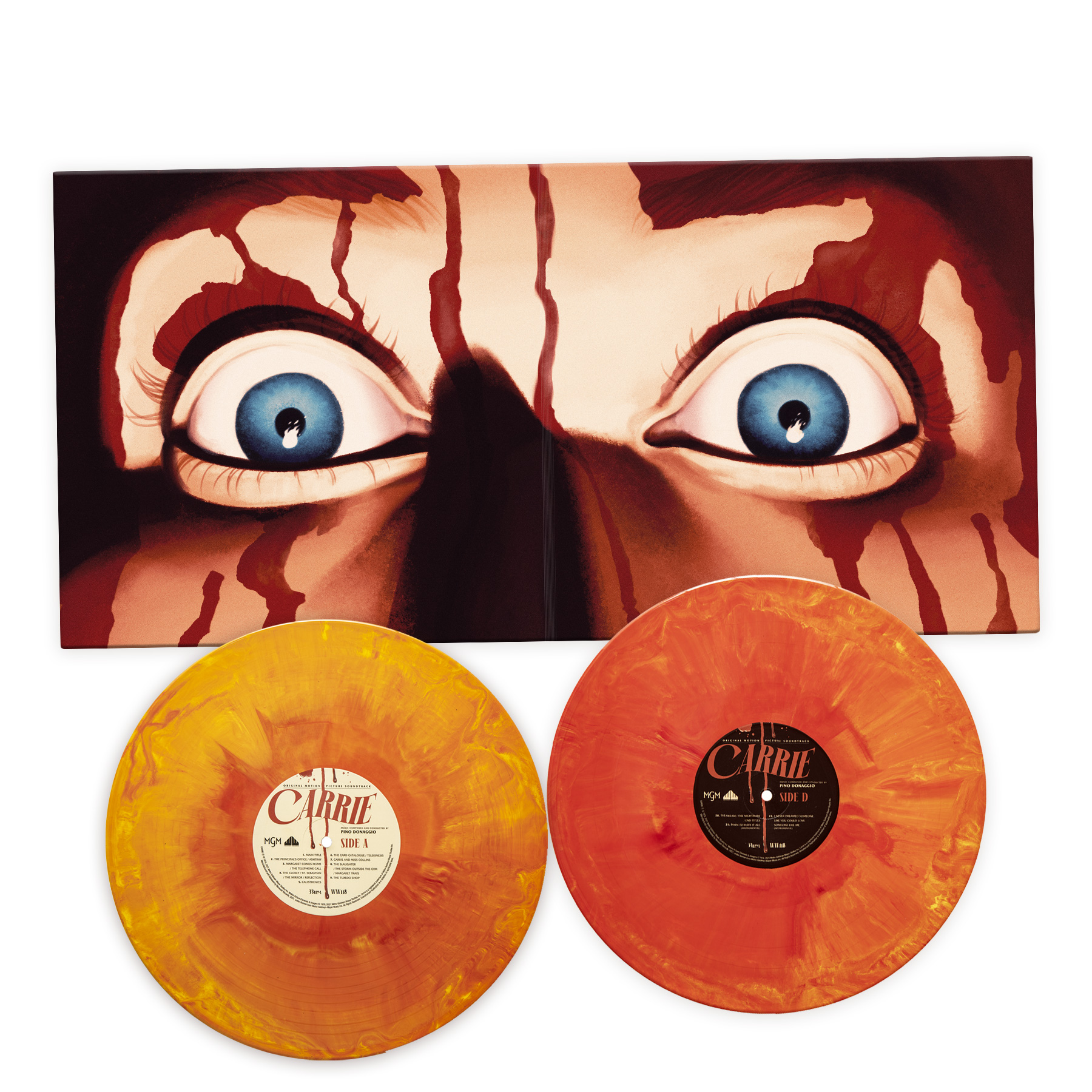 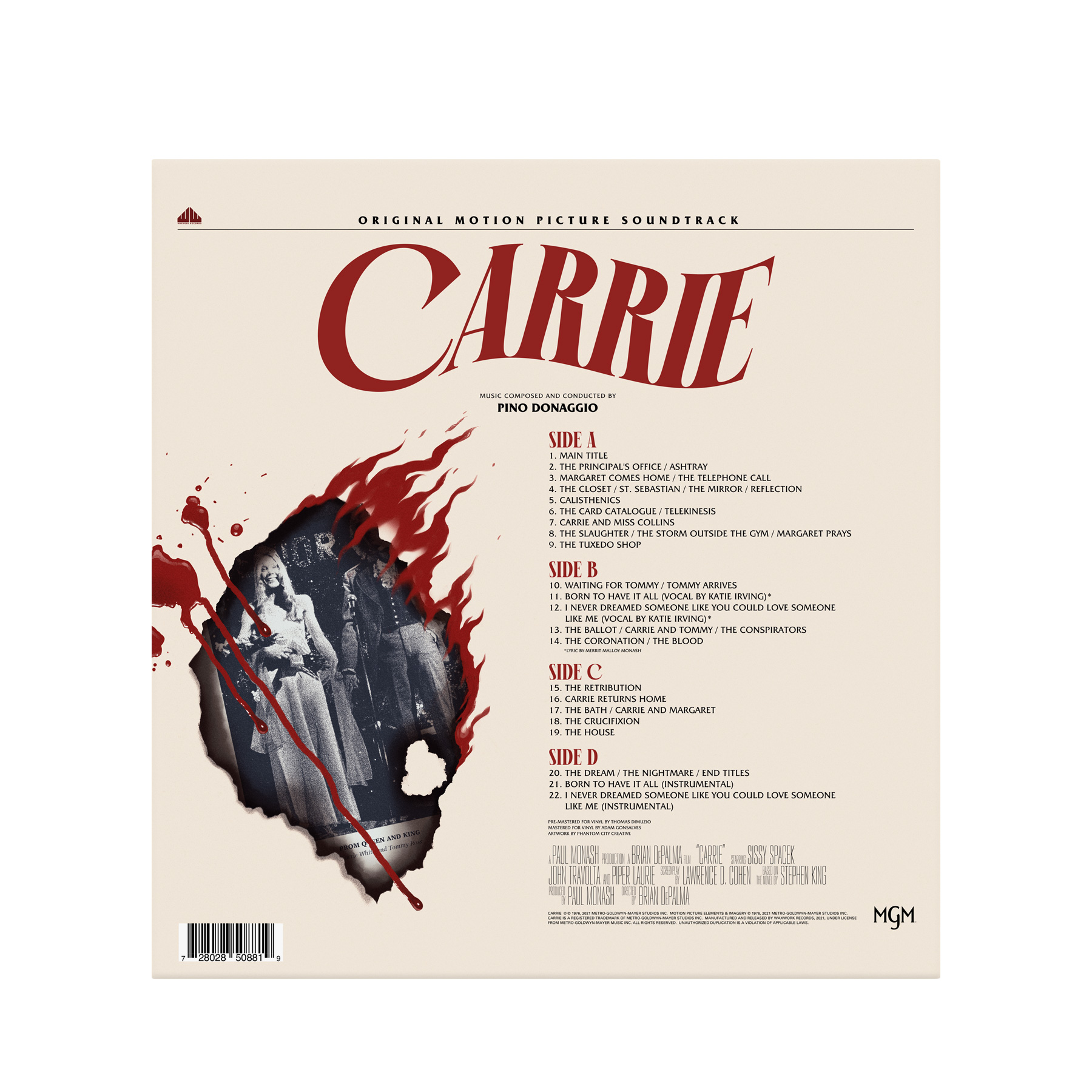 Waxwork Records is thrilled to present CARRIE Original Motion Picture Soundtrack by Pino Donaggio! Expanded and re-mastered for its 45th anniversary, this deluxe double LP album marks the very first time that the complete film music has been released on vinyl. Carrie is a 1976 Horror film adapted from author Stephen King’s very first published novel of the same name. The movie stars Sissy Spacek and is directed by Brian De Palma (Scarface, Phantom Of The Paradise).

The score by legendary composer Pino Donaggio (The Howling, Tourist Trap) skillfully captures the pressure of forced innocence, the humor of teen drama, and the trauma of coming of age as a girl in 1970’s America. The album also features the the tracks “Born To Have It All” and “I Never Thought Someone Like You Could Love Someone Like Me” by Katie Irving.