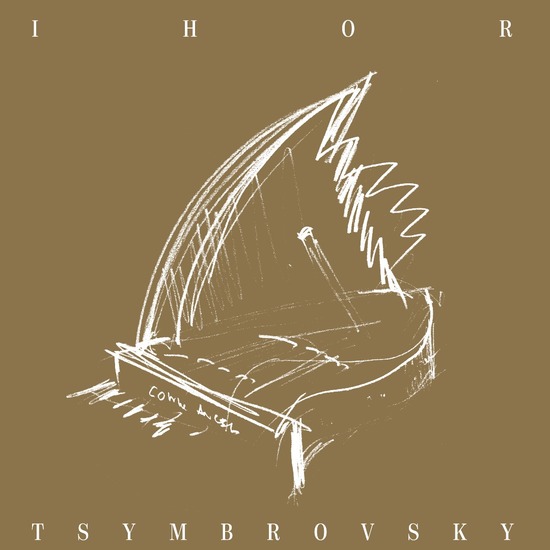 Kontakt Audio and Infinite Fog Productions proudly present the 25-th anniversary reissue of the one of most unique albums on avantgarde/neoclassic music – Ihor Tsymbrovsky – Come, Angel.

Recorded in 1995 in Ukraine and released in 1996 just as a small run on cassette on Polish label Koka Records, the album without any promotion little by little became legendary and madly wanted by many fans all around the world. And from the first seconds, you can hear why it is so. Pretty hard to explain what songs play Ihor, moreover that would be senseless. “Come, Angel” is one of those albums which are so unique that takes you in a vacuum of verbal forms in an attempt to describe the record. In a few words, this is definitely very intimate and deeply emotional music with an absolutely incredible voice. The first associations could forward you to Antony Hegarty from Antony And The Johnsons, Marc Almond, Arthur Russell, Baby Dee, Bjork. Experienced listener familiar with these great artist knows that all of them are inimitable and Ihor Tsymbrovsky is totally inimitable as well.

In 2016 well-known German label Offen Music published 3 tracks from the album “Come, Angel” which brought a lot of attention to Ihor’s music. This time we’re excited to announce the first full album reissue on CD, Double vinyl, and tapes. Beside the full version of the album, you’ll find an exclusive bonus song from the cult compilation “Music The World Does Not See” – Nefryt Records 2000.

“For me, music is a certain way of cultural survival. Here I do not set myself theoretical problems or experiments.
The connotations of life are important: rhythms, melodies, their connection with language, poetry, real life, virtual or imaginary space. It is very important to me how the recitation of work sounds, how consonant and vowel sounds dissolve in singing, how they combine musically. I understand sound space as a field of my interpretations, preferences, priorities, and I do not use direct imitation. If I hear a melody or a musical phrase, and it is fixed in my memory, later I extract it in my own interpretation, as already formed by this field. In art, the goal is in the work itself, not outside it. For me, the expression “To be is to create a new reality” is another winged reality." – Ihor Tsymbrovsky

“Tsymbrovsky – an architect, musician, a poet, an artist; one of the most underestimated musicians in Ukraine’s artistic world. Many critics pulled their hair out trying to get to the bottom of Tsymbrovsky’s music. It has been inspired by jazz, minimal, modern, ethnic, and meditation music. Tsymbrovsky is not a virtuoso, however, he creates whole worlds with his astonishing falsetto. Although Cymbrovsky’s music is simple it is made of many elements. Filled with magic and unusual sensitivity and warmth it can be therapeutic for the listener. This is that kind of music, which can be listened to many times – in a different way each time.” – Koka Records.

“Igor Tsymbrovsky’s only album “Come Angel” (1995) still remains perhaps the most bizarre phenomenon in Ukrainian music since independence. The story of its author is a vivid example of cultural amnesia. In the pre-Internet era, Tsymbrovsky was a prominent figure in the Ukrainian underground, performed on the “Red Route”, went on tour in Germany. However, he left a minimum of evidence of his activity and became a silent legend for a few. We talked to Igor to find out where he came from and where he was going.

The album “Come Angel” is eight compositions performed with a falsetto to the accompaniment of a piano. (Tsymbrovsky’s falsetto is a legacy of the Lviv Dudaryk choir, where he sang as a child.) It would seem that it could be easier. But, despite such ascetic tools, Tsymbrovsky managed to create a phenomenon unique to Ukrainian culture. Some people compare him to Benjamin Clementine and Anthony Hegarty, but no comparison will be exhaustive. The lyrics of the songs attract special attention: two of them were written by Tsymbrovsky himself, the others demonstrate his remarkable literary knowledge. Here and Guillaume Apollinaire, and Mikhaijl Semenko, and even less obvious poets, such as Mykola Vorobyov or Jozsef Attila.

The young performer’s first performance took place in 1987 in the club of the Forestry Institute. It is quite symbolic that this room used to be a Jesuit church because such a chamber environment suits his songs about angels much better than the noise of big festivals. However, there were also many festivals in Tsymbrovsky’s career: in 1989, Chorna Rada and Chervona Ruta, in 1991, Kharkiv’s Nova Scena and Ukrainian Nights in Gdansk, Alternativa in Lviv. Ihor calls his first performances musical performances and notes that they sounded completely different. Unfortunately, we will never know exactly how." – Amnesia

“The magicians at Dusseldorf’s Offen Music pluck a madly beguiling pearl of late-night songcraft by Ukraine’s Ihor Tsymbrovsky to follow their vital releases by Toresch and Rex Ilusivii. Come Angel was first recorded in Lviv, Ukraine, in 1995, and issued on cassette by Poland’s Koka Records in 1996. There appears to be no prior mention of the release or artist on the internet and quite how it came into of Offen Music possession is not disclosed, and that only ratchets the record’s enigma to astonishing degrees once you’ve heard the music. In a quivering, high register, androgynous trill, Ihor Tsymbrovsky beckons heavenly beings in the remarkable A-side Come, Angel against a swirling backdrop of phasing, subtly delayed organ. It was recorded in one take (this is the 2nd version), and, if we’re not mistaken, you can hear the keys being pressed rhythmically in the background, which seems to be the song’s only tangible connection to this mortal world as Ihor vaults octaves high and close-in-the-mix with the sort of alien, dreamlike vocal that requires pinching oneself to make sure you’re awake. Spellbinding is definitely the word. On the other side he (we’re assured it is a ‘he’ in the promo text) sets two poems by Mykola Vorobyov and Mykhal Semenko, respectively, to emphatic piano keys, this time more shy of FX save for some delay, placing that willowing, avian vocal at a dreamy arms reach in Roses for the Poet, and with a sort of liturgical dark jazz feel, sorta like Lewis repenting his sins as a castrato monk, in the spare atmosphere in By the Sea. This is gold-seal business, we tell ya. Clock the clips and clear some swooning room.”