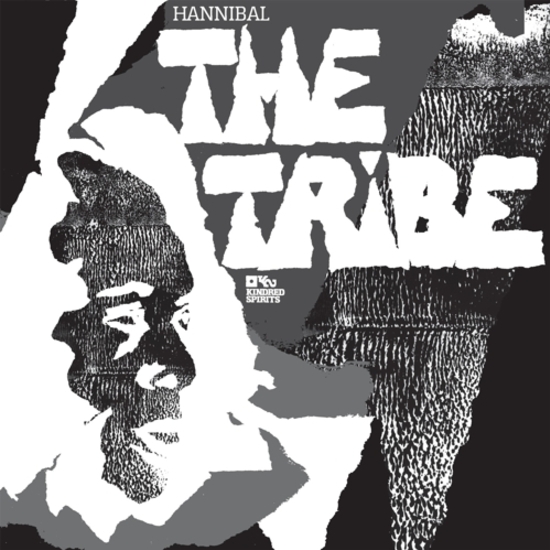 Long-treasured among jazz fans and record collectors, Hannibal Marvin Peterson’s unreleased album The Tribe is a sacred collection of blistering jazz assaults and deep reflective spirituals from Hannibal’s ten-piece group. The unreleased album is something of a holy grail among collectors, with only a handful of test presses ever made. Now 36 years later, it is ready to be officially released for the first time, and fans of Black Jazz and Strata East won’t have to shell out the $2000+ asking price for what is considered by many to be a lost treasure and one of Hannibal’s best works.

Originally recorded in a bid for John Hammond to hook them up with a major record deal, The Tribe session wasn’t picked up in the end. Unfazed, Hannibal had all but forgotten about it until a friend pointed out that copies were exchanging hands for big bucks on the Internet a few years ago. The towering Texan’s primary concern is to always get the music out to the people, and any label should facilitate that. His uncompromising view has lead to a few clashes, notably when his Children Of The Fire album was turned down because of the title, leading him to start his own label Sunrise Records. However, these disagreements also imbue his music with a certain strength, a purity, and a genuine artistic vision. “Once you change one thing, you’re changing things your whole life,” Hannibal says. “It’s like a lie: once you tell one, you have to tell a million more. I’m always looking to make sure that what I play is worthy of the people, and can help them through times of great tribulation.”

The five tracks on The Tribe fluctuate from propulsive ensemble stampedes supporting Hannibal’s wild solos, to peaceful dreamy hymns. ‘Now Stand’ opens the album, the rest of the group playing catch-up to Hannibal and Billy Hart’s trumpet and drum intro. ‘A Sacred Multitude’ and ‘Of Life And Love And God’ both tap into the deeper, contemplative side of things, Branice McKenzie’s sanctified vocal and Diedre Murray’s cello coming to the fore. ‘Returning To The Ways’ powers along with an uptempo charge not unlike Carlos Garnett’s ‘Mother Of The Future’, but it’s The Tribe’s title track that steals the show and closes the record. Kicking off in exuberant spirit, the track blends heavy riffs and chants with the kind of bluesy changes that characterize Harry Whitaker’s ‘Black Renaissance’, before ending in a foreboding metallic conclusion.

Hannibal’s formative years on his grandparents’ farm on the banks of the Colorado are partly responsible for his spiritual, humanistic attitude to music. When describing the Tribe sessions, he says “The Tribe is really like a wild river, like untamed stallions that haven’t been roped off. It’s one of the qualities that I love about it. When you think of stallions running, they build up this high blood. The leader of the stallions stands out alone and looks out on the valley, with a very quiet, stoic look… I love it. I have these images and qualities that I look for when I write a song, that make you feel this instinctive freedom that’s in us, that we have to always fight to maintain. That’s what the search of the inner world is about, that’s an endless search.”

The music on ‘The Tribe’ is a direct descendant of Hannibal’s grandparents singing in the cotton fields. “They didn’t sing to impress a critic or to make a hit record,” Hannibal concludes. “They sang to aspire and to stay alive. That’s why that music is timeless, and it’s as healing today as it was then.” Now that The Tribe is finally out in the wider world, it will surely be here to stay.