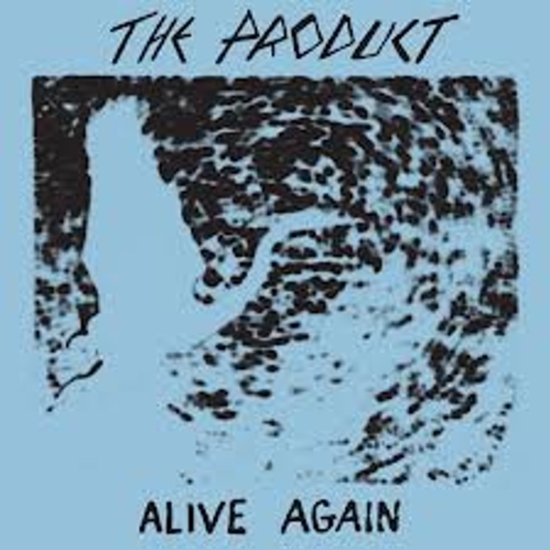 The Product were a duo from the small villages Kvistgaard and Espergaerde, in the north of Denmark. Dan Stielow Mortazavi wrote the lyrics and sang while Kenneth Neuhaus composed the music and played the instruments. They met in the Autumn of 1982 and recorded their sole album “Alive Again” over a weekend. It was self-released on cassette in 1983 and limited to 50 copies.

“Alive Again” features 11 songs recorded in two short live takes directly onto one cassette. The Product employed a basic set up of Micromoog, Roland JX-3P and TR-606 Drumatix. Nine of the songs employ only these two synthesizers and drum machine while two songs feature a guest bassist. With these three instruments they crafted melodic, icy electronic rhythms with detached vocals. They were influenced by UK post-punk bands Second Layer, This Heat, Wire, Gary Numan, Fad Gadget and most noticeably The Cure’s Pornography and Faith albums. Lyrics revolve around growing up in broken homes, alienation and romance.