Light In The Attic 10 Year Anniversary: Lee Hazlewood "Won't You Tell Your Dreams" 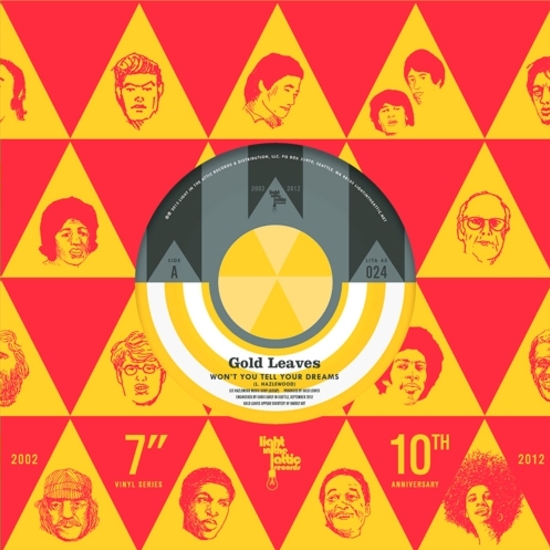 Light In The Attic 10 Year Anniversary: Lee Hazlewood "Won't You Tell Your Dreams"

In 2011, Seattle band Gold Leaves released one of our favorite albums of the year. The Ornament is their debut long player and was released by Hardly Art/Sub Pop. We’ve been obsessing over their sound ever since and are honored to have the band contributing a track for our 10 year anniversary 45 singles series. For the series, Gold Leaves record a hazy take on Lee Hazlewood’s “Won’t You Tell Your Dreams.” Found on the flip side is Hazlewood’s version, which was originally included on his solo album Requiem For An Almost Lady, released in 1971 on his label LHI.