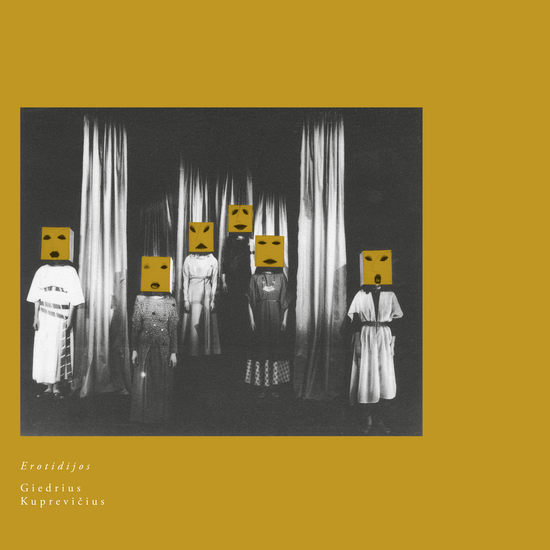 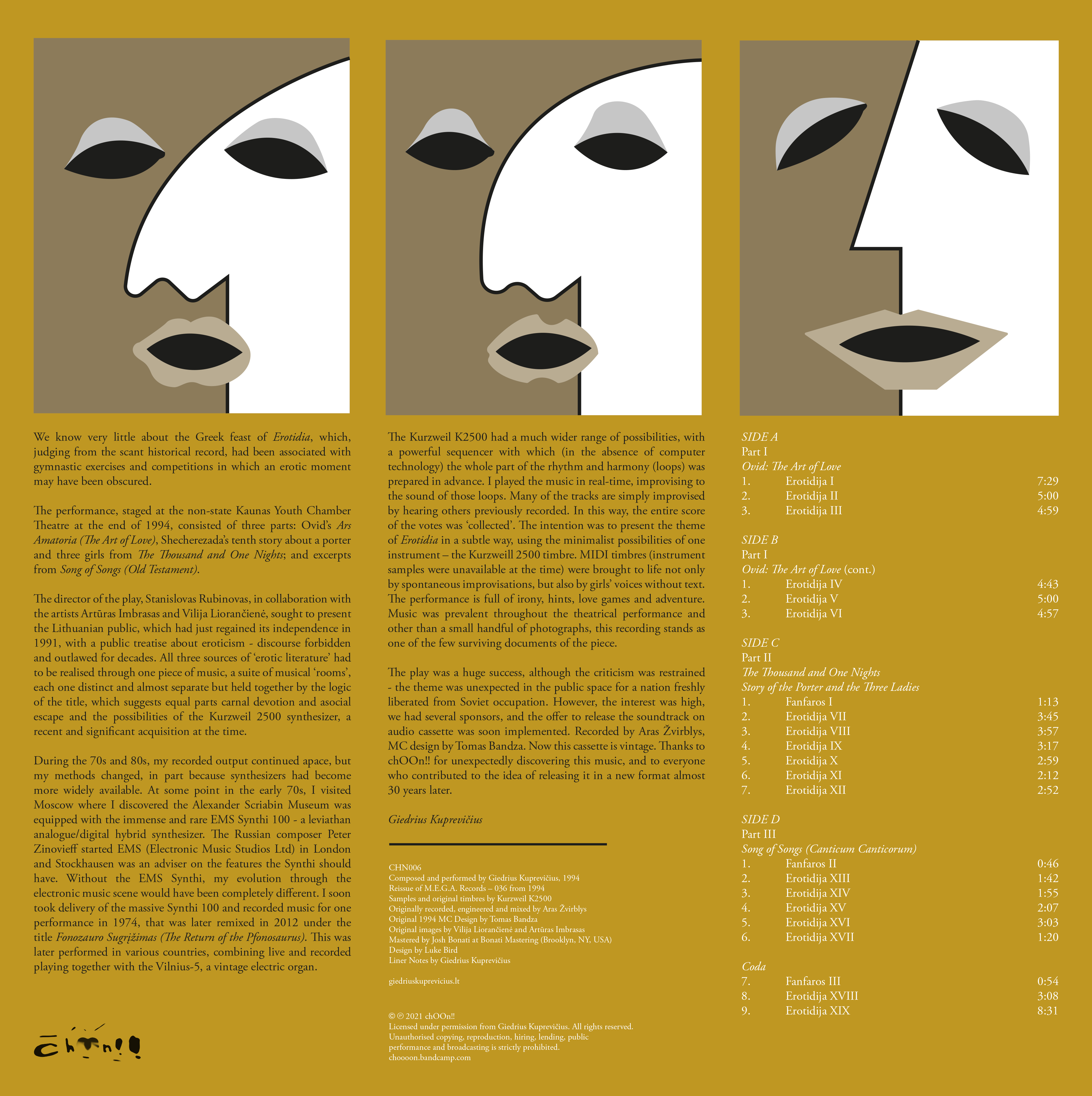 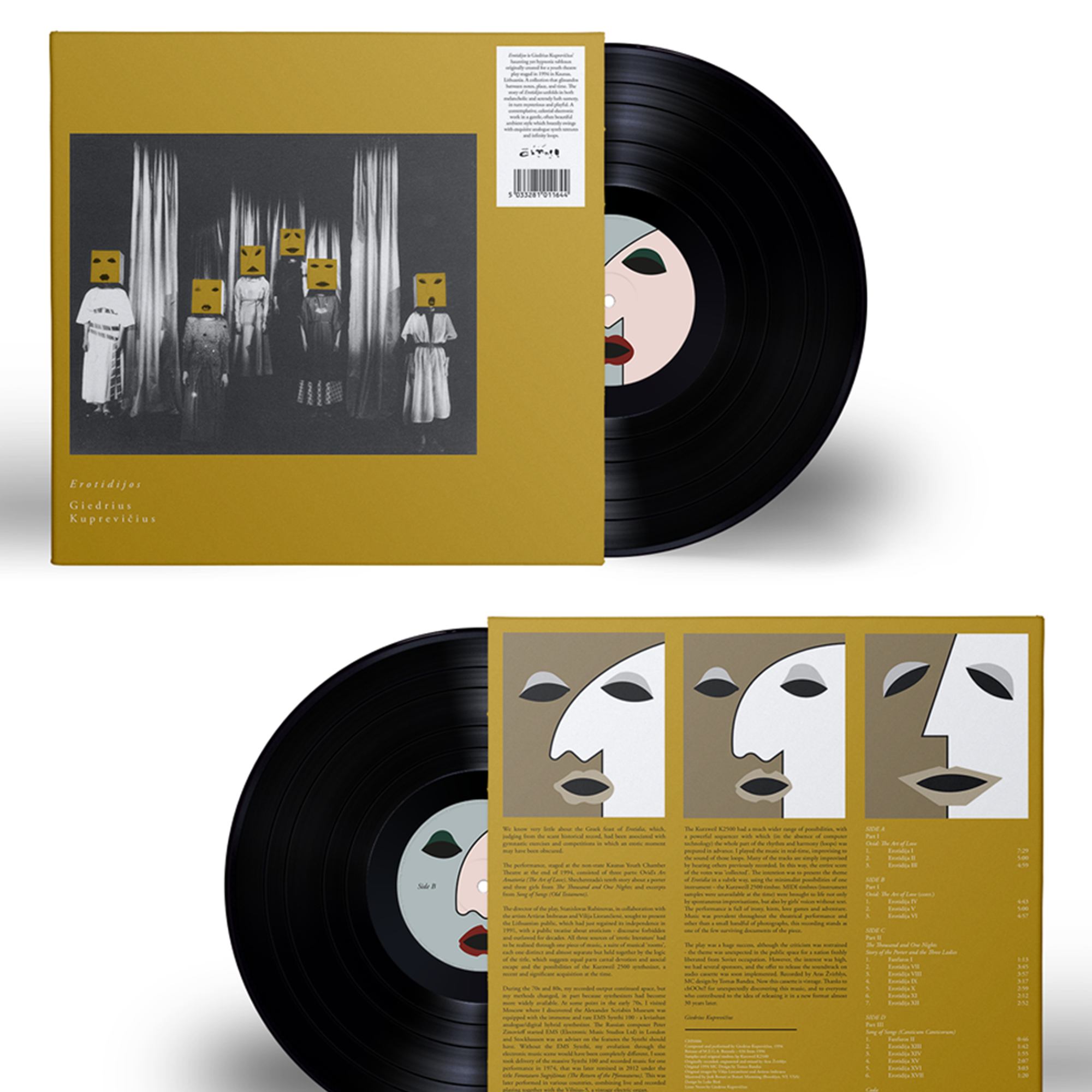 The latest reissue from chOOn!! is Giedrius Kuprevičius’ Erotidijos, the sixth release from the label that specialises in obscure, archival and forgotten releases.

Erotidijos translates from the Lithuanian to “Erotidies” – these were festivals held in honour of Eros, God of Love in Ancient Greece. They were organised every five years and were famous for their celebrations, decorations and luxury. Ritual games were played during the festivals, musicians and poets competed, worshipping Eros.

Erotidijos is a haunting yet hypnotic tableaux Kuprevičius originally created for a Stanislovas Rubinovas theatre play staged in 1994 in Kaunas, Lithuania. The Lithuanian composer was one of the founding members of the pioneering electronic pop outfit Argo and has written dozens of scores for stage and film over the past several decades, imbuing his soundwork with a multitude of artful moods and emotive depth.

The story of Erotidijos unfolds in both melancholic and serenely lush scenery, in turn mysterious and playful. Memories of places you’ve never been drift into frame, from bedroom womb into a foliage of phantasmal keys and gently psychotropic symphonies. A collection that glissandos between notes, place, and time.

Erotidijos is guided by an intuitive, improvisational dream logic that threads the line between waking and sleeping revelations. It offers a hazy, voyeuristic lens into another world with dusty ambience and eccentric keyboard effects, warm synth pads and shimmering vistas serving as soft accents to the angelic murmur of giggling voices.

As you listen, you are invited to apply your own interpretation of Erotidijos’ narrative of a new land, its climate, sounds, and geography. A contemplative, celestial electronic work in a gentle, often beautiful ambient style which breezily swings with exquisite analogue synth textures and infinity loops. Jazz spontaneity and organic pop impulses lift the meditative veil, ending with a climactic final scene: a sensuous reverie complete with shedding light and gently opening synapses.

Available for the first time on vinyl, including over twenty minutes of music not featured on the original cassette release and produced in cooperation with Giedrius Kuprevičius for chOOn!!