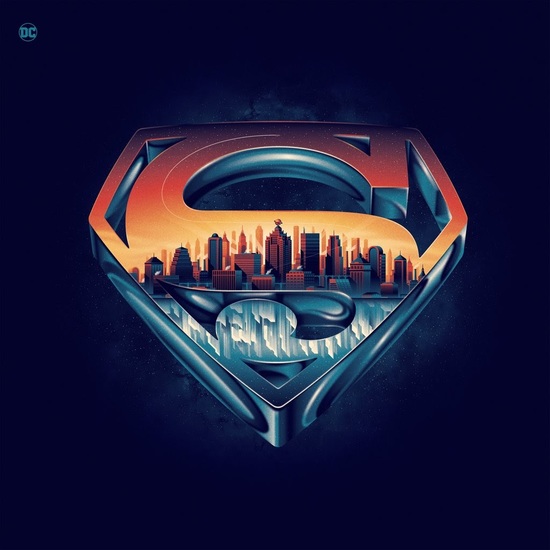 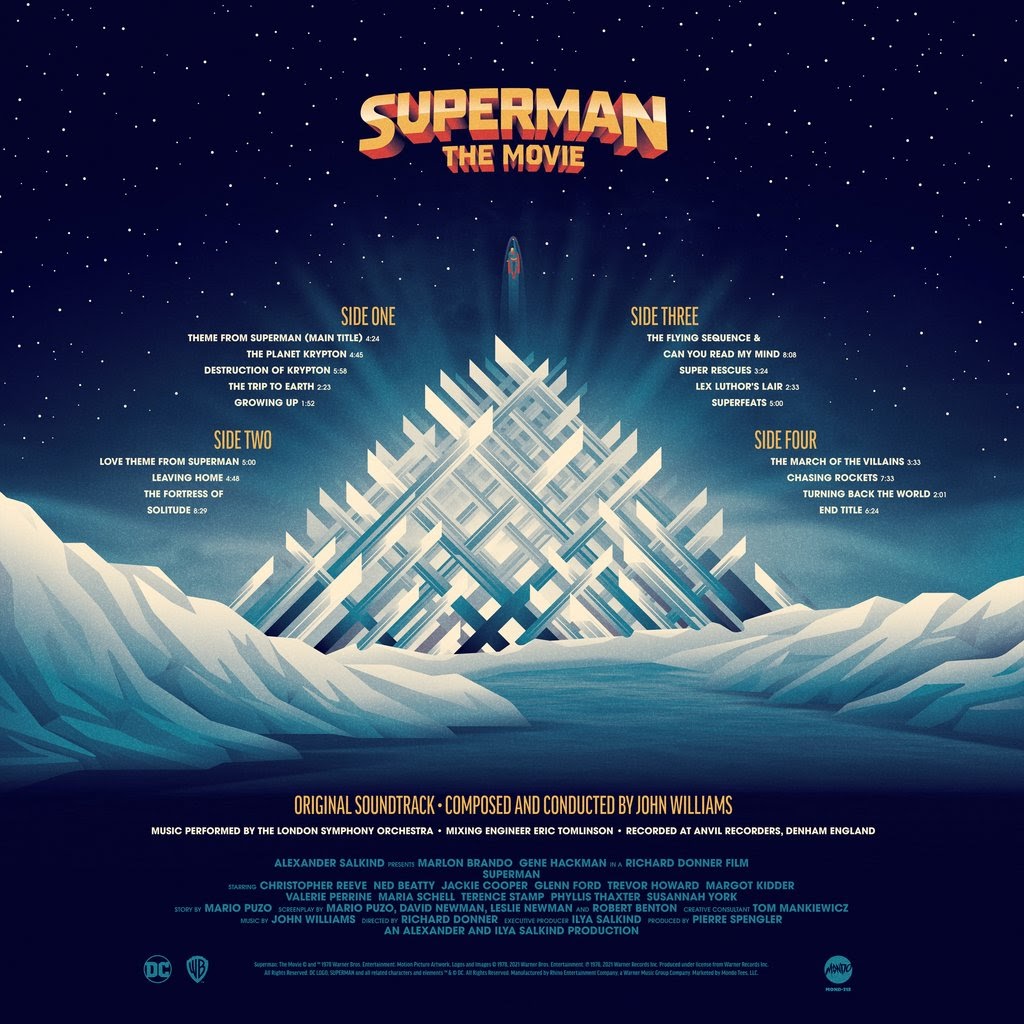 Mondo is proud to continue its on-going celebration of the DC film universe, with an all-new limited edition pressing of one of the most iconic film soundtracks of all time: John Williams’ legendary score for SUPERMAN: THE MOVIE.

The marketing for SUPERMAN: THE MOVIE cleverly described itself as a film that would make you “believe a man could fly,” but no one involved in the film could be prepared for how that newfound belief would change the world forever. Now, nearly 43 years later, the superhero film industry shows no signs of slowing, but very few have achieved the visual and sonic miracle that the late Richard Donner and the inimitable John Williams were able to do with their epic origin story.

Featuring all new artwork by DKNG, Produced by, and featuring extensive liner notes by Michael Matessino, and pressed on 2x 180 gram black vinyl. 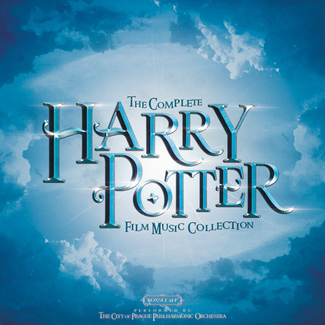 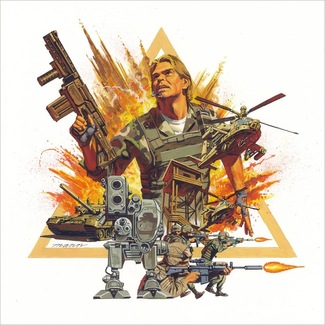 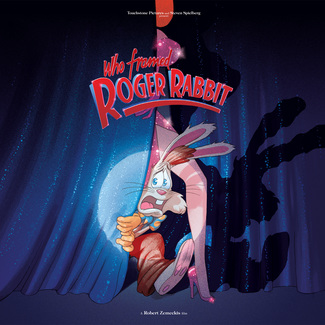