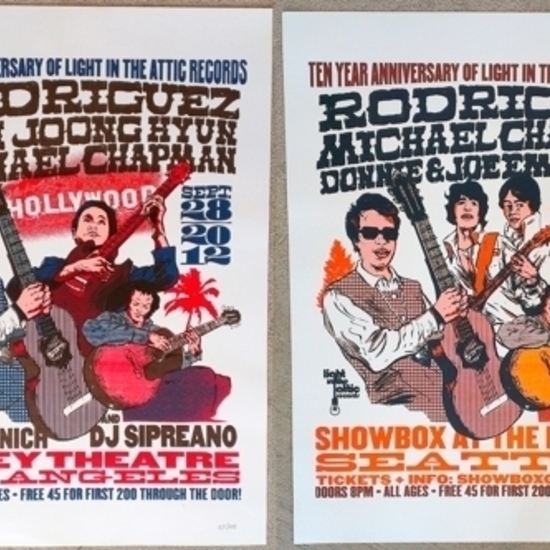 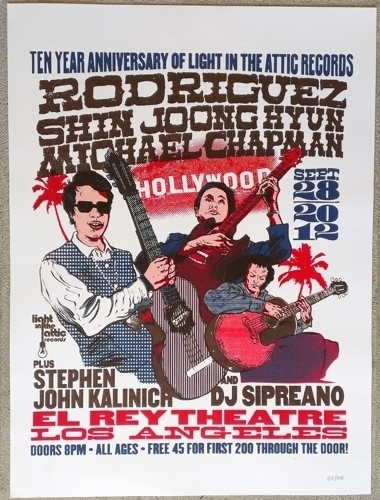 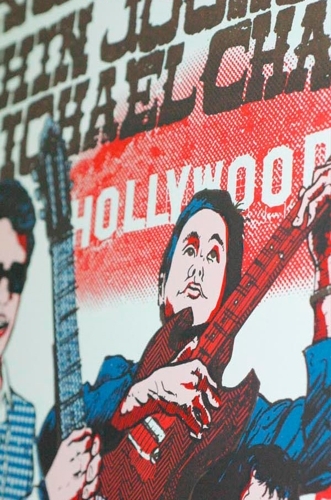 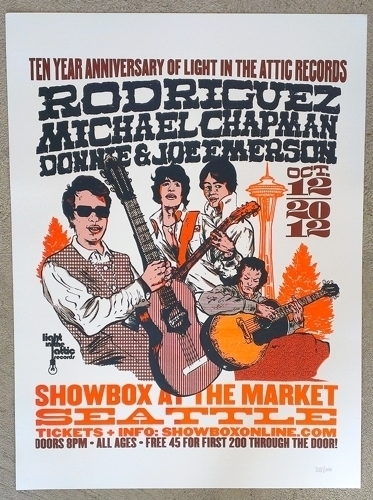 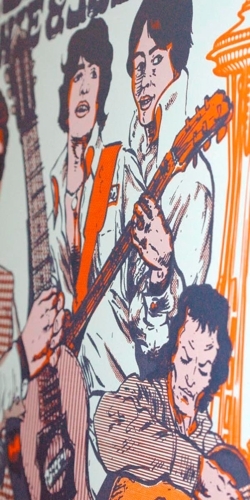 For our 10 year anniversary this year, we celebrated with two epic sold-out concerts in Los Angeles and Seattle. At each, we had loads of limited edition, show-only items. After the concerts, we had limited quantities left over and wanted to offer these items to fans unable to attend the concerts. These are the last copies left, so grab them now before they’re gone forever!

The Los Angeles show at the El Rey featured performances by Rodriguez, Shin Joong Hyun, Michael Chapman, and Stephen John Kalinich, all included on the poster.

The Seattle show featured performances by Rodriguez, Donnie & Joe Emerson and Michael Chapman, all featured on the poster.

Designed and hand silkscreened by Iron Forge Press, these 18″ × 24″ posters are deluxe art prints on heavy card stock paper and each is hand-numbered. Limited to 100 copies.